A tough start to August trading turned downright ugly for energy markets Thursday, with refined products wiping out two weeks of gains in what was the biggest day of selling in more than a year. The big news of the day was when President trump announced a new round of tariffs on Chinese goods, that moved the trade war from the back burner to the front as China has already warned of retaliatory moves.

Before the tweet stock markets had been rallying, taking back most of the post-FOMC losses, but quickly joined energy prices in a heavy wave of selling, highlighted by a 600 point intraday drop in the DJIA. In other words, equity and energy traders seem to have voted quite strongly that the only thing Trump’s trade twitter tirades are good for is alliteration.

The good news for those wanting higher energy prices is that a recovery bounce is underway, taking back about 1/3 of Thursday’s losses. There’s an interesting pivot point on the chart right around current levels that acted as resistance during June’s rally, and as support during July’s early selloff, and seems like a natural landing spot for prices to consolidate while they wait for the next shots to be fired in the trade or tanker wars.

The longer term charts meanwhile are showing triangle formations in most of the petroleum futures contracts that suggest there’s going to be a much larger price move coming this fall once one of those converging trend lines breaks, although which direction that breakout will take is unclear although product charts seem to be giving slight favor to lower prices, while crude charts are mixed.

The July non-farm payroll report showed 164,000 jobs added during July, with the official unemployment rate holding steady at 3.7 percent, while the unofficial “U-6” rate dropped to 7%. This report was about average for 2019, and the market reaction has been muted so far. Equities dipped briefly after the report which pulled energy prices back from their highs of the day, but both asset classes have since stabilized. 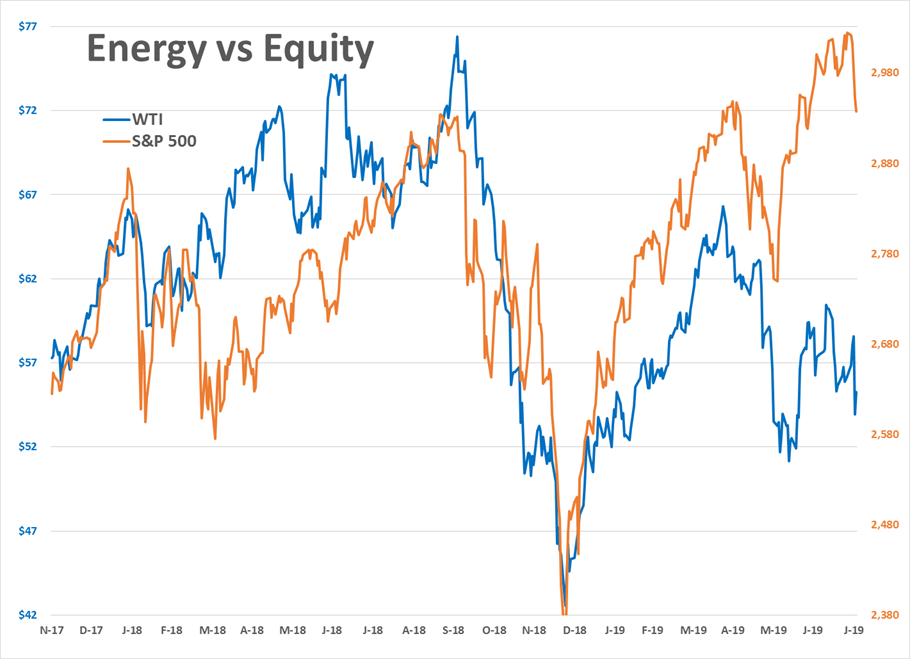