Another Trump trade twitter tirade has spooked markets around the globe, with Asian stock indices down 3-7%while US and European indices are down around 2%. Energy markets were following the overnight sell-off for several hours, with refined products down more than 4 cents/gallon and oil down around $2, but have since recovered the majority of those losses.

During the overnight lows both WTI and Brent broke below their 200 Day Moving averages, and appeared poised for a technical breakdown, but have since rallied back above that layer or longer-term support. That resilience for energy contracts that were already looking like they’ve topped out for the season is notable, and perhaps a sign that the funds that have steadily been buying into contracts in 2019 aren’t giving up just yet, even though the short term technical outlook is looking more bearish by the day.

Speaking of funds, the COT reports last week showed a mixed reaction by money managers who added slightly to net length in Brent and RBOB positions while reducing WTI and ULSD positions modestly. The limited reaction to the first heavy selling in several months suggests the large speculators are willing to weather a storm or two in a longer-term bet on higher prices. The RBOB position is the only 1 of the 4 that is above its 5 year range, and is looking a bit precarious now that US refiners should be coming out of maintenance.

The relative strength for energy compared to equities and other commodities seems to be owed at least in part to Saudi Arabia announcing it would raise prices to Asian and European buyers of its oil, suggesting that the Kingdom will stick with the OPEC output cut plan. It’s worth noting that the Saudi’s lowered prices to US buyers of crude, which may be a symbolic gesture to appease the president as sales to the US have already dropped to their lowest levels in 30 years.

Baker Hughes reported an increase of 2 oil rigs put to work last week, a small rebound after the total US count reached its lowest level in a year. 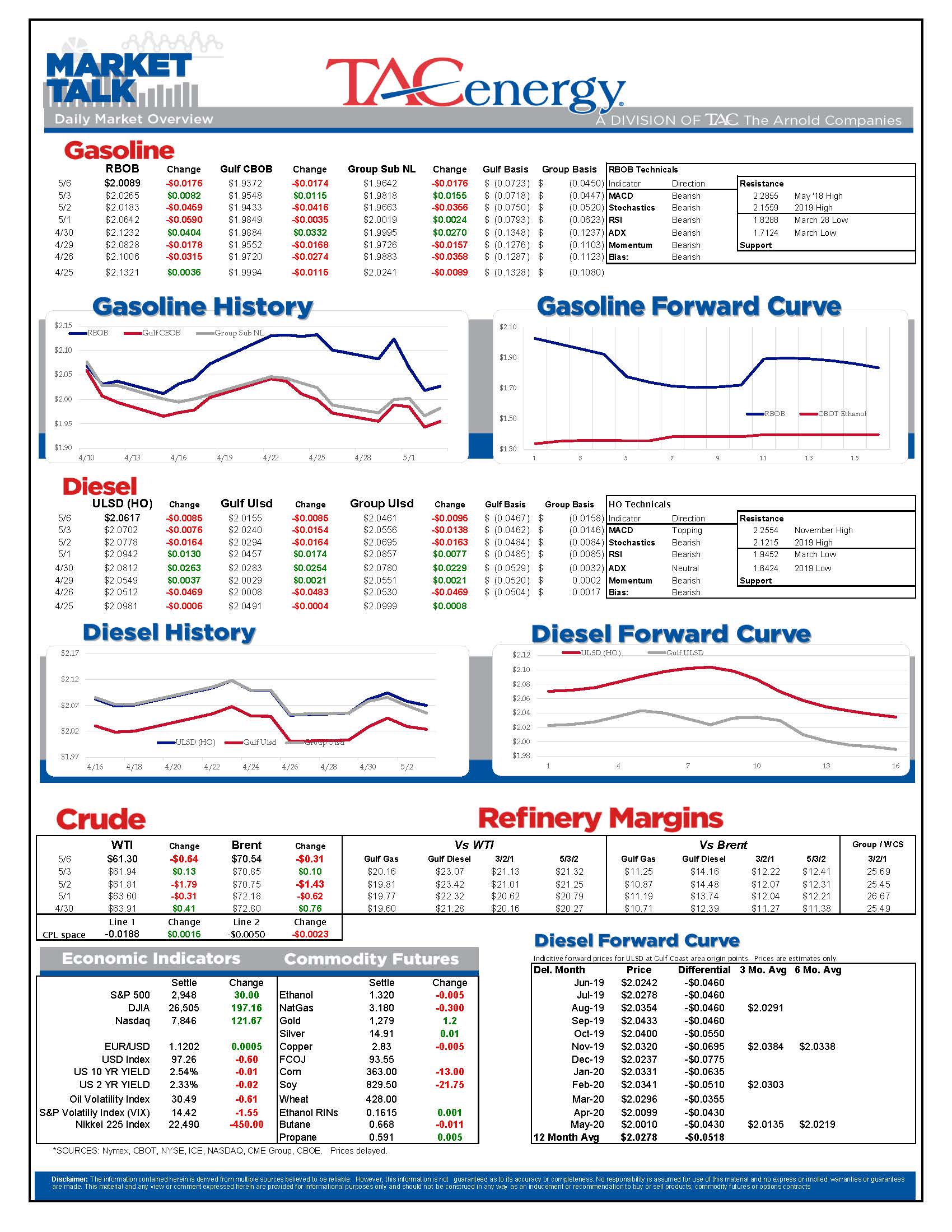 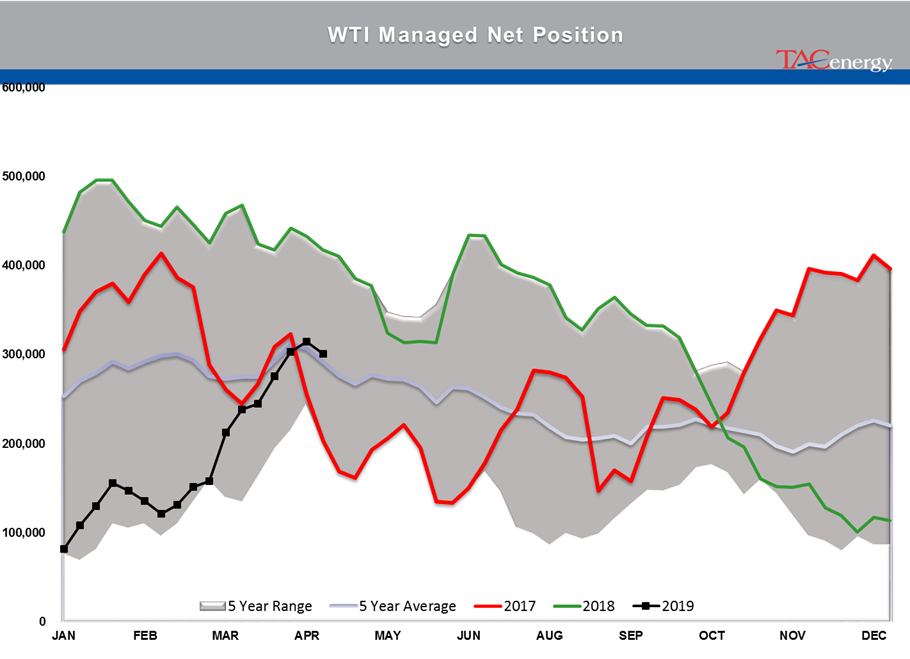 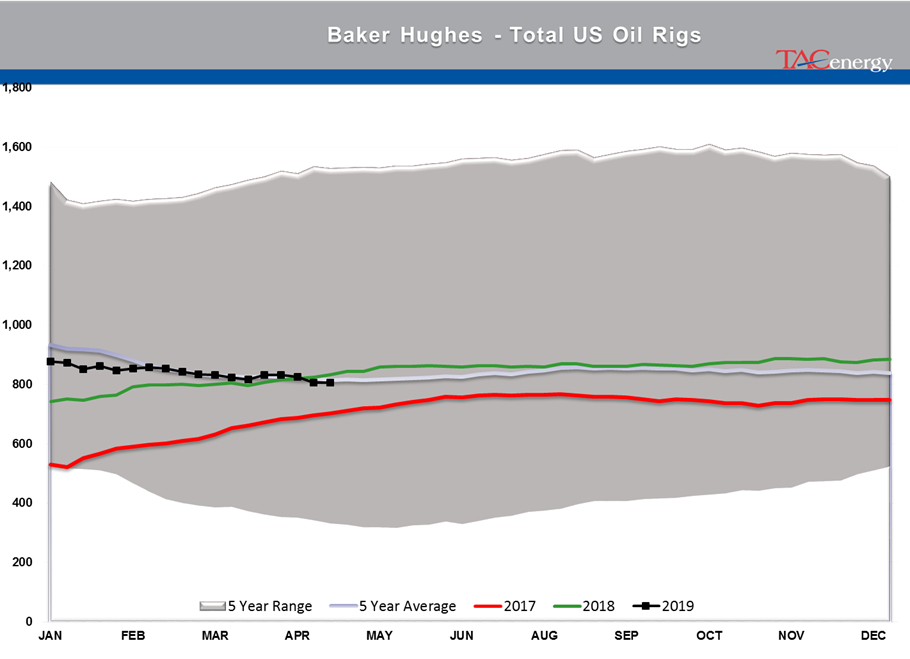