Tug Of War Based On Fear

We’re witnessing a tug of war based on fear that’s creating a choppy market for energy prices as September trading comes to a close. Reminder today is the expiration day for October RBOB and ULSD contracts, so watch the RBX and HOX contracts for direction if your market hasn’t already flipped to pricing vs November futures.

Fears of widespread energy shortages in Europe and China have pushed some contracts to 3 year highs this week, while fears of the next financial crisis caused by a potential debt default from either Evergrande or the US government are pulling them back down. Even within the energy complex there’s a rift as ULSD and Brent prices look poised for a technical breakout to the upside, while RBOB and WTI contracts are showing signs of weakness.

RINs had a second straight strong day, trading up to $1.08 for D6 (ethanol) RINs in the afternoon as political pressure continues to be talked about and some in the market seem to be calling BS on the alleged leaked RVO volumes.

Want a simple, non-fear-related reason why diesel prices are holding near 3 year highs? Take a look at the “Diesel Days of Supply” chart below from the DOE’s weekly report. The 5 year seasonal average is 39 days of diesel supply, last year at this time we averaged 44 days of supply, and this year, we’re just over 30 days. Most years this number doesn’t bottom out until harvest demand slows in November, which may mean we see some very tight markets over the next 2 months.

We saw a big increase in PADD 3 refinery runs last week as all but 2 of the 9 refineries shut by Ida now look to be fully online. All 4 other PADDS saw run rates decline however as seasonal maintenance gets into full swing, and there have been a handful of unplanned issues over the past 2 weeks, most notably the fallout from the LA earthquake. PADD 3 rates are probably near a short term plateau however as Shell’s Norco facility still needs at least 2 more weeks to come online, and the P66 alliance facility will need many months, if it comes back at all.

Tropical Storm Victor was named, and is expected to become a hurricane this weekend. Fortunately, like his predecessor Sam, Victor looks to be a fish storm that will not threaten the US Coast, allowing an extended respite after a record-setting 18 storms have made a US landfall in the past 2 seasons, with 2 more months to go in this one.

Today’s interesting read: The complexity of tearing down an oil refinery. 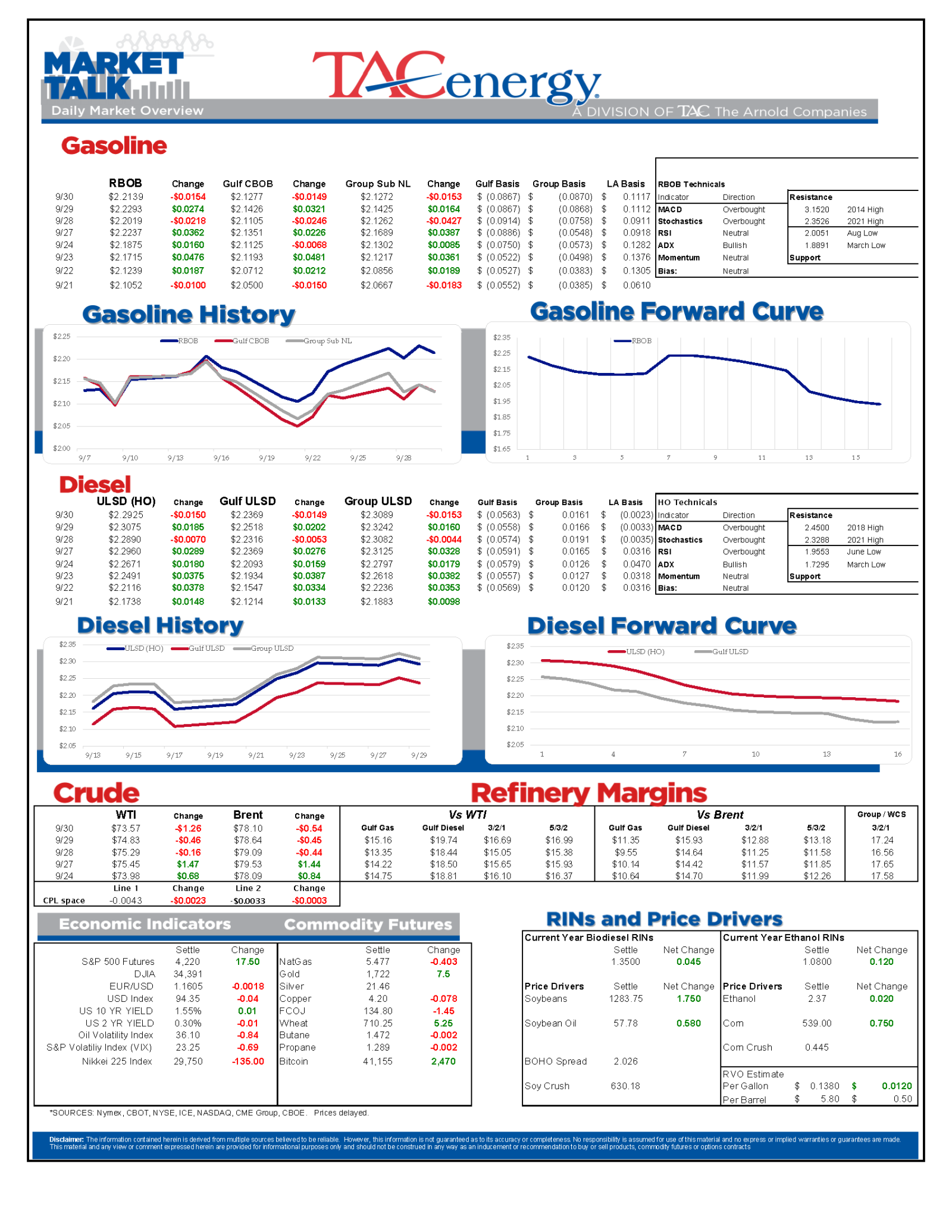