There’s a tug-of-war going on in energy prices, with fears over a trade war with China attempting to push prices lower, while concerns over a shooting war with Iran have been helping those prices recover. So far this morning, it looks like the trade war fears are winning, as a 2nd wave of selling kicked in overnight after most contracts (and US stock markets) staged a strong afternoon recovery in Monday’s session.

Monday’s price bounce was aided by reports that the US was sending an aircraft carrier strike group and other military assets to the Middle East in response to threats from Iran. The boy who cried wolf? This would be at least the 5th time in the past 10 years that the Strait of Hormuz became a point of threats from Iran, without any actual disruptions. That said, it’s impossible to ignore the fact that roughly 20% of the oil in the world needs to pass through that 2-mile wide stretch of water, and it’s becoming harder to ignore the chance that the US is laying the legal groundwork for an eventual military action.

Gasoline prices have taken the worst of the selling so far this week as expectations for refiners returning units from maintenance seems to be outweighing those for increasing demand as we approach driving season. We’re in the window of time when gasoline prices normally top out for the season, so this trend reversal is certainly not an uncommon phenomenon, and with chart support breaking down this week, it looks like there’s another 15-20 cents of downside potential near term, in addition to the 20 cents they’ve fallen in the past 2 weeks.

We’re a few weeks away from the official start to the Atlantic hurricane season, and the latest forecast suggests 2019 will be less active than 2018 and that Caribbean development may continue to be hindered by an El Nino pattern.

Interesting read from Reuters about how US refiners are getting creative to replace the crude oil they normally bought from Venezuela.

The EIA this morning published a note detailing how biodiesel continues to increase its share of the US soybean crop. The IEA meanwhile published a report noting that the growth rate for global renewable energy capacity stalled in 2018 after 2 decades of steady increases. 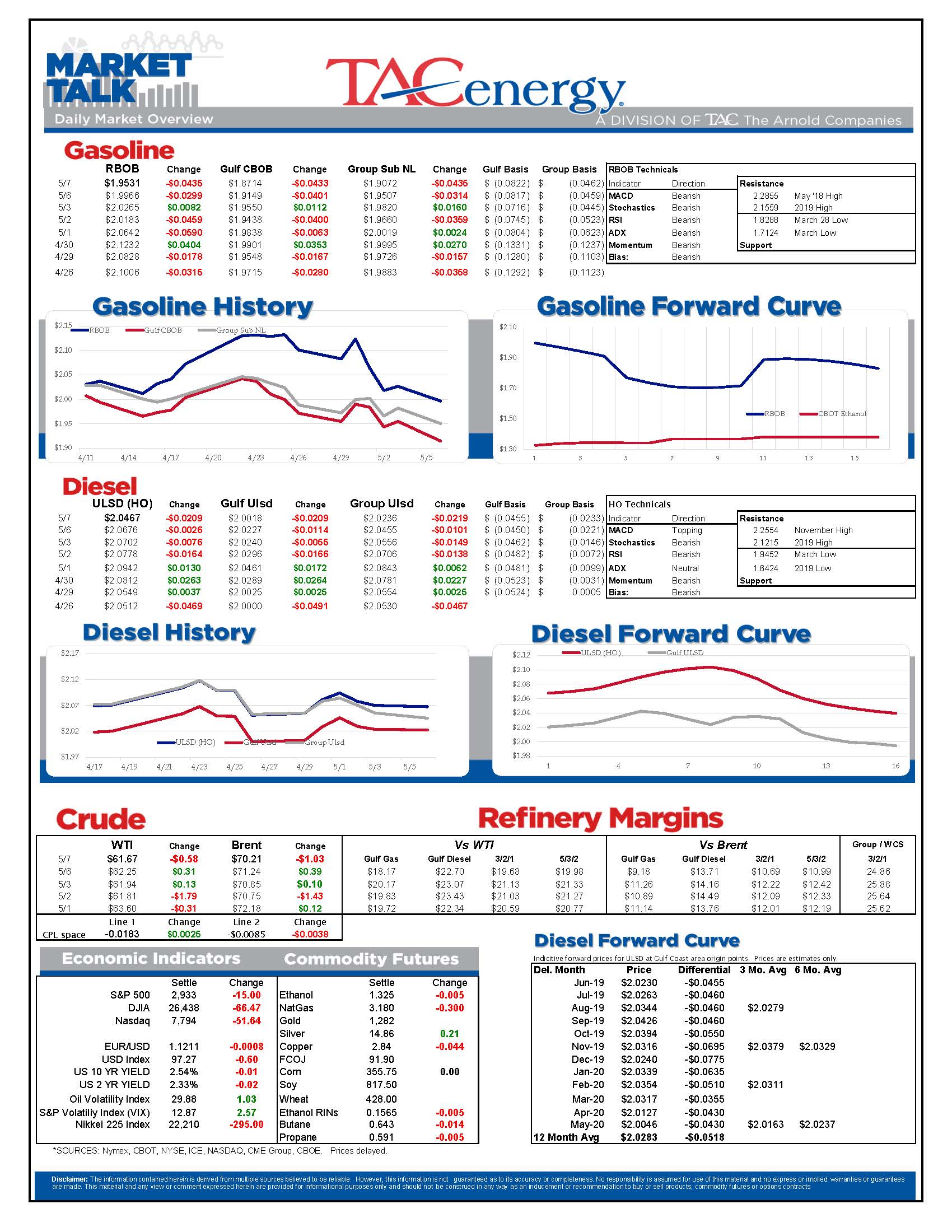 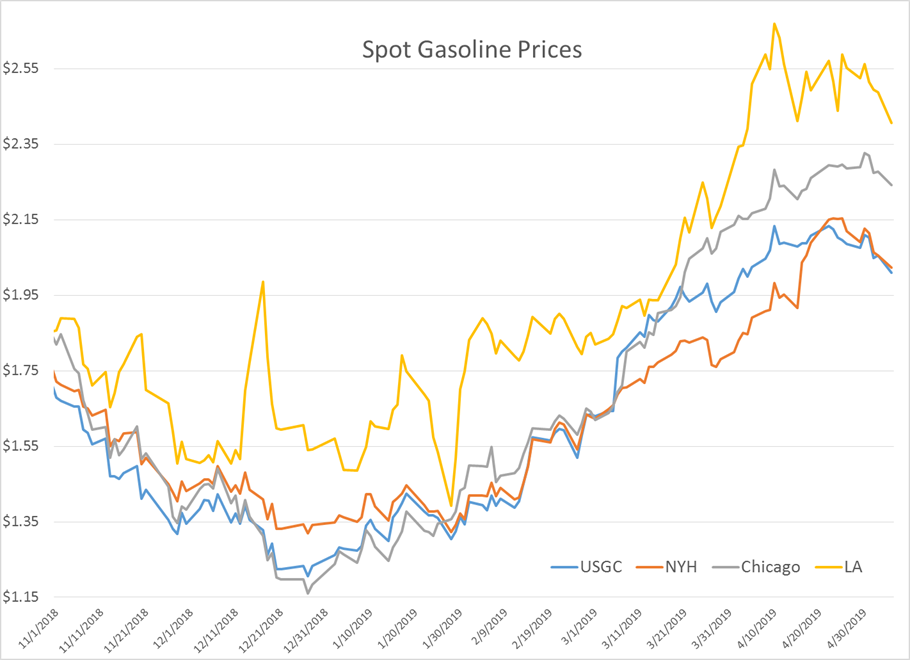 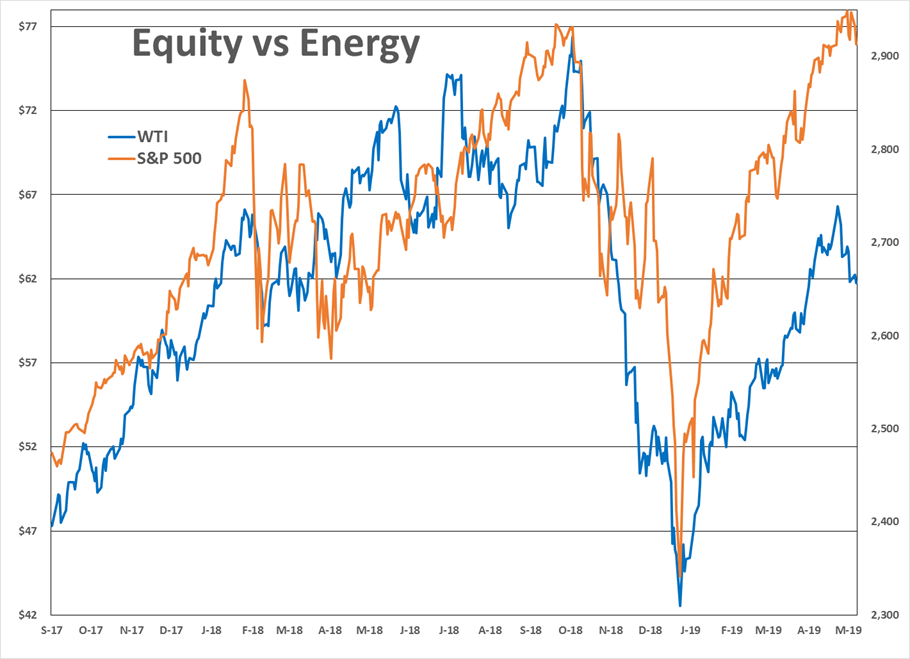