A large draw in gasoline stocks has RBOB futures trying to pull the rest of the energy complex higher to start Wednesday’s trade. From a technical perspective, petroleum futures continue to look like they’re on shaky ground after two days of selling wiped out most of last week’s gains, with a test of June’s lows looking likely as we head into the seasonal demand slowdown in the U.S.

The API was reported to show a draw of 7.7 million barrels of gasoline last week, a drop in diesel inventories of 2.1 million barrels, while crude stocks had a small build of 691 thousand barrels.  The DOE’s weekly report is due out at its normal time this morning. Those draws in refined products are welcome news to beleaguered refiners, but could be short term anomalies given the numerous storm disruptions of the past week, rather than a sign of improving demand based on other reports.

The FERC has issued an order opening up wholesale electricity markets to distributed energy resources, which will give individual homes (rooftop solar panel and garage EV chargers) more competitive options, and opens the door for aggregators to harness unused energy from those homes to sell back into the market, which is seen as a “game changer” for the expansion of these technologies.

A pair of interesting reads from the Financial Times and WSJ: Why Saudi Arabia’s threat to oil speculators is easier said than done (AKA, it’s hard to teach an algorithm a lesson). The latest example of the energy industry’s remarkable ability to over-heal itself: The new glut of pipeline capacity in the Permian.

Beta and Teddy are both dissipating after reaching land, with minimal impact on energy supply as ports are already reopening. There are no other threats being tracked by the NHC expected to develop in the next five days. 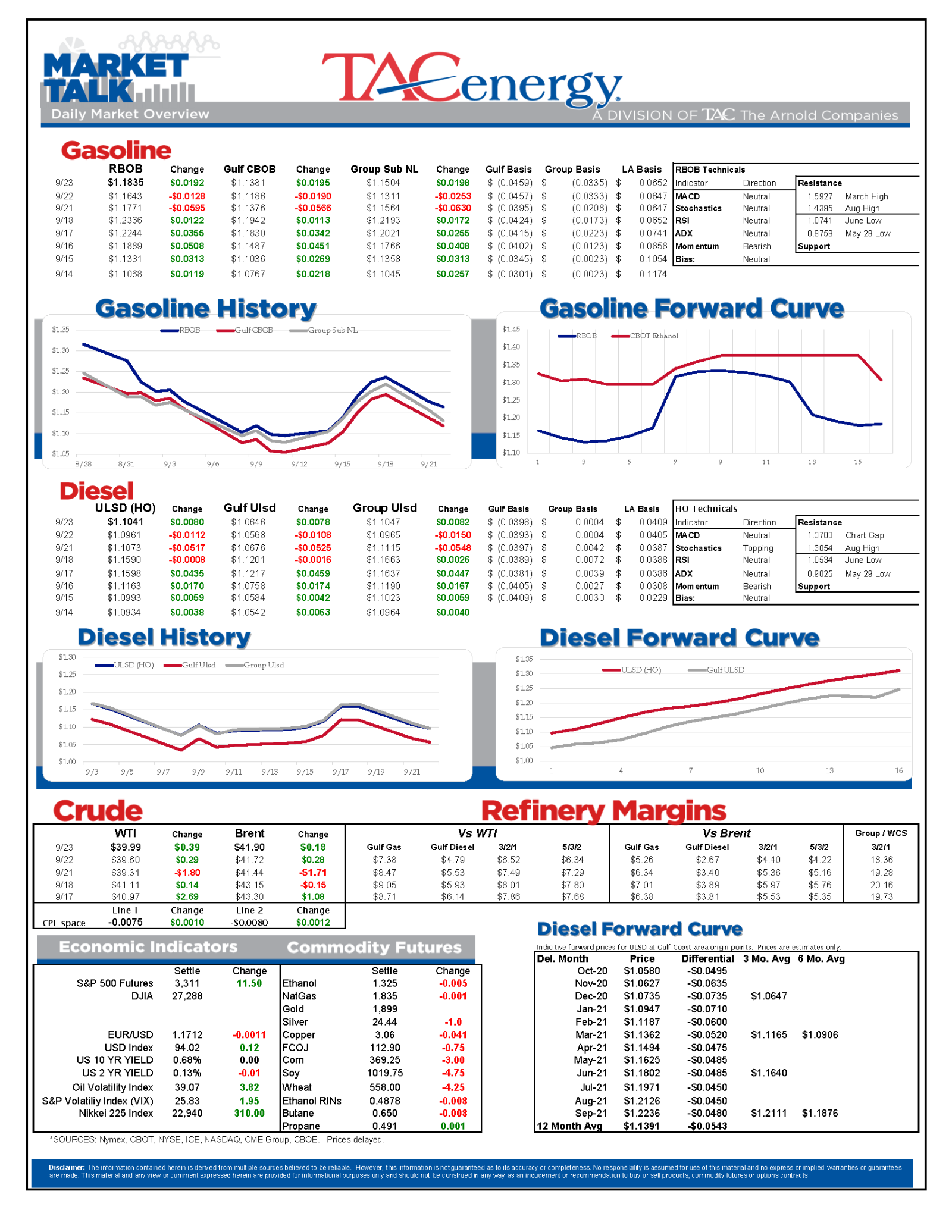 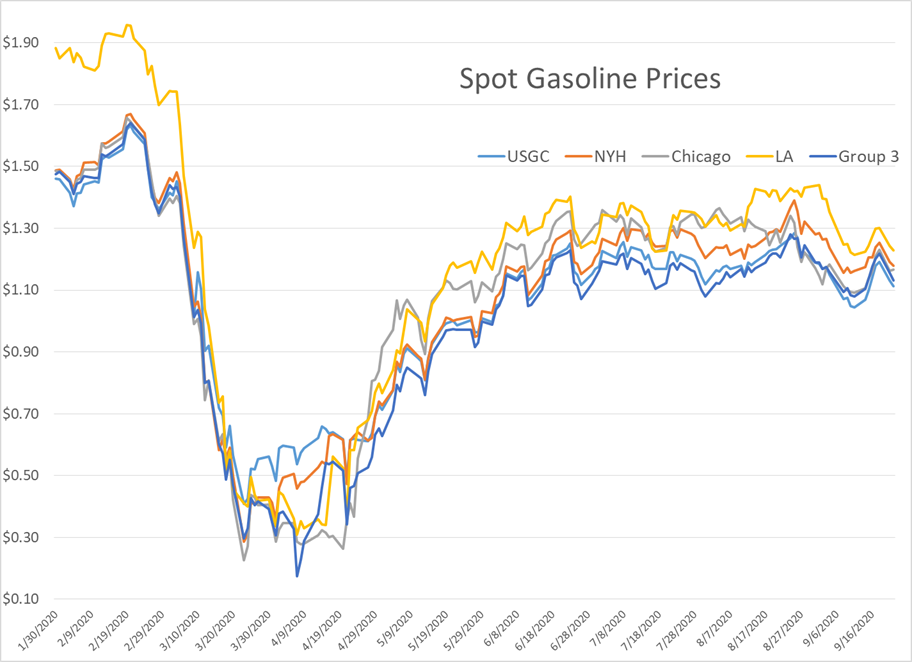 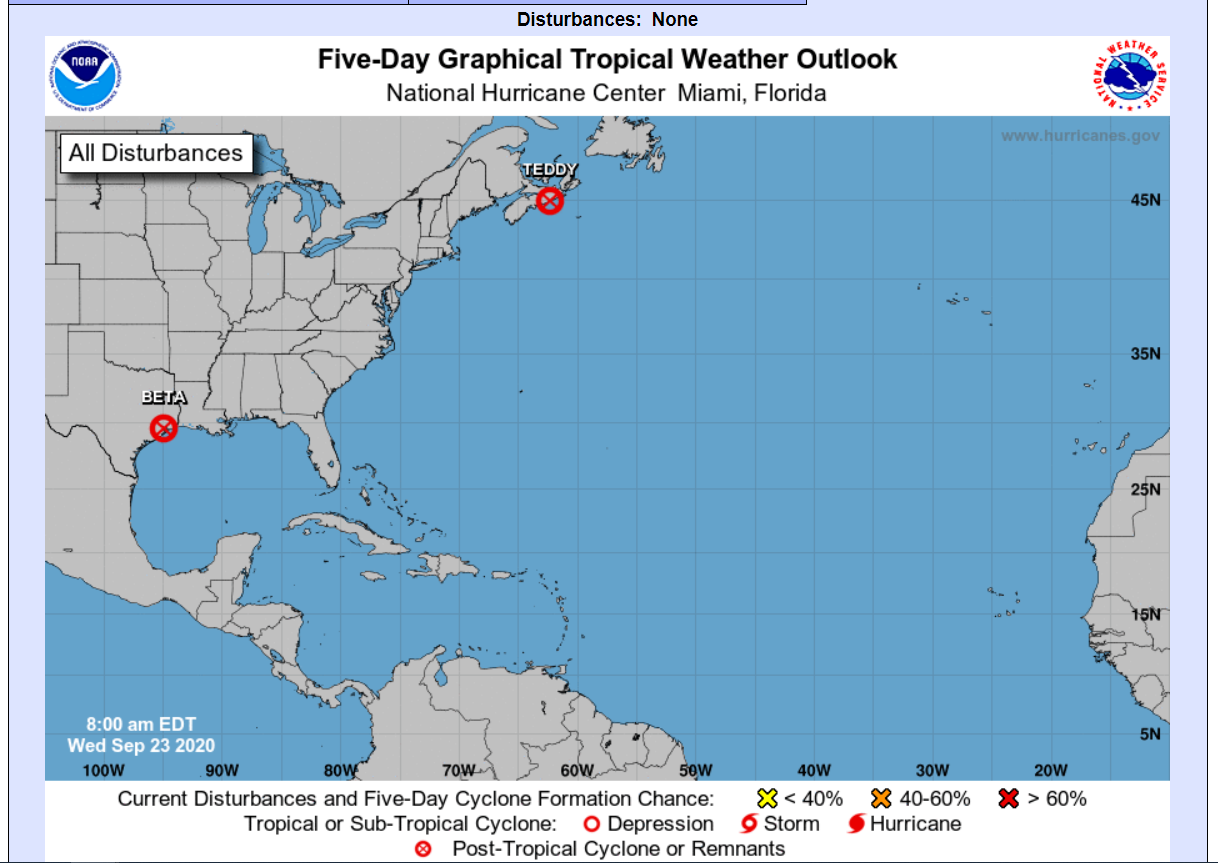