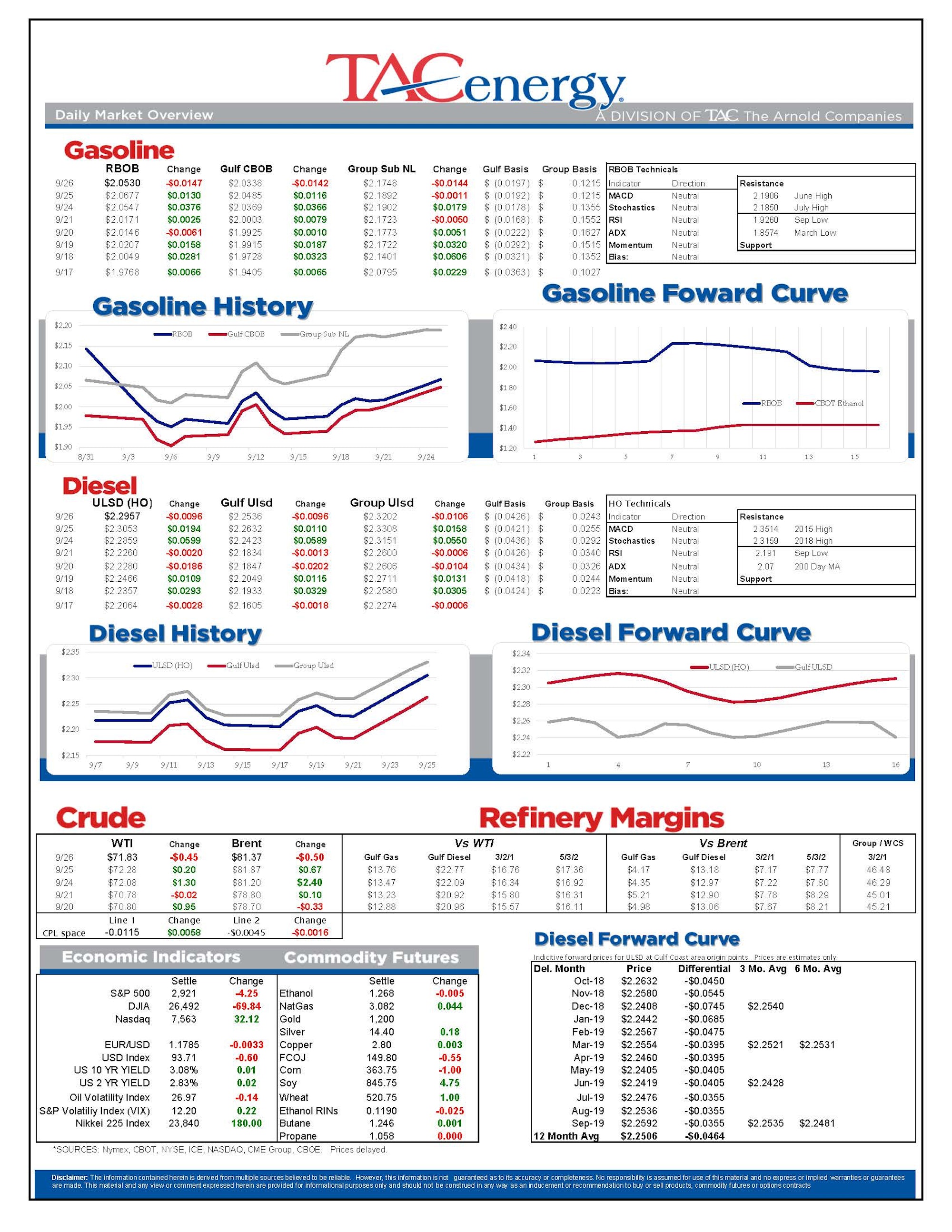 A build in US crude stocks threw a bit of cold water on the petroleum price rally Tuesday afternoon, offsetting the flow of hot air coming out of the UN assembly in New York. ULSD futures did manage to join Brent crude in reaching its highest level in nearly 4 years before the pullback began.

The API was said to report a build in crude oil stocks of 2.9 million barrels last week that sparked a late afternoon sell-off that’s carried through the overnight session. Gasoline stocks were said to increase by roughly 949,0000 barrels, while distillates declined by 944,000 barrels. The DOE’s weekly recap is due out at its regular time this morning.

Brent’s outperformance compared to the other petroleum contracts this week has highlighted logistical challenges causing north American grades to trade at steep discounts (WTI in midland is around $25/barrel cheaper than Brent, and WCS was more than $43/barrel cheaper). Meanwhile, the European benchmark is facing the opposite problem as declining production in the north sea risks making the contract less relevant, forcing the contract’s pricing agency to consider a revamp of the crude grades allowed to make up the Brent reference price.

The FOMC wraps up its 2 day meeting today, and traders are giving a 100% probability of some rate increase when their statement is announced at 1pm central. According to the CME’s Fedwatch tool, there’s an 83% probability priced into futures of another rate increase in December, so unless we see some deviation from this plan, there may not be a large market reaction given the high levels of confidence in the FED’s actions.