It’s a risk off type of day as another heavy wave of selling grips energy and equity markets around the world, pushing oil and gasoline prices to fresh three week lows after a solid recovery bounce in Tuesday’s session. Volatility is creeping higher after staying relatively subdued throughout most of the summer and fall, and many are suggesting that political turmoil could keep contributing to larger daily swings over the next couple of weeks.

Large builds in crude oil and gasoline inventories (4.6 million and 2.3 million barrels respectively) reported by the API are taking credit for the early wave of selling that’s wiping out Tuesday’s gains, while an even larger decline in diesel inventories of 5.3 million barrels appears to be largely ignored. Even more telling of the pessimism early on, nearly 9% of the country’s refining capacity looks to be within 50 miles of a Category 2 hurricane as it hits land this evening, and yet refined products are down 3-4%.

Hurricane Zeta now appears that it will likely reach Category 2 status with winds approaching 100 mph before hitting the coast this evening, but it is moving forward at a high rate of speed, so the rainfall totals are looking less impressive than what we see from slower moving storms, which will hopefully keep flooding in the region to lower levels.

It looks like New Orleans luck may have finally run out during this record-setting hurricane season as Zeta has stayed on course to pass near the city this evening. That puts the P66 Alliance refinery, Valero Meraux and PBF Chalmette facilities less than 10 miles from the eye of the storm as it moves over what passes for land along the Mississippi River Delta.  Meanwhile, the Norco and Garyville refineries will be within 20-50 miles based on the current path.  Alliance was reported to stay closed after Sally for maintenance and due to weak economics, and the other facilities are all running below capacity due to weak demand. A Reuters report Tuesday suggested the facilities will continue to operate through the storm, and so far no contrary reports have been released. Roughly half of Gulf of Mexico oil production has been shut in as a precaution.

The Colonial and Plantation pipeline operations are north and west of where the storm is projected to make landfall, so it seems like a low risk that supply further upstream will be directly impacted, which means markets along the southeast aren’t likely to see any disruption in fuel supplies. The other good news from the fast forward movement of this storm is it will only take a day to move through the Southeastern U.S., minimizing its negative impacts on fuel demand as well.

Spot gasoline prices in the group 3 market are now flirting with the $1/gallon mark, and based on the way the charts and seasonal demand patterns are setting up, it’s starting to seem inevitable that we’ll see that level broken in the near future, and that other regions may soon follow suit if RBOB futures can break below the June lows near $1.07, which is just a couple cents away from current levels. 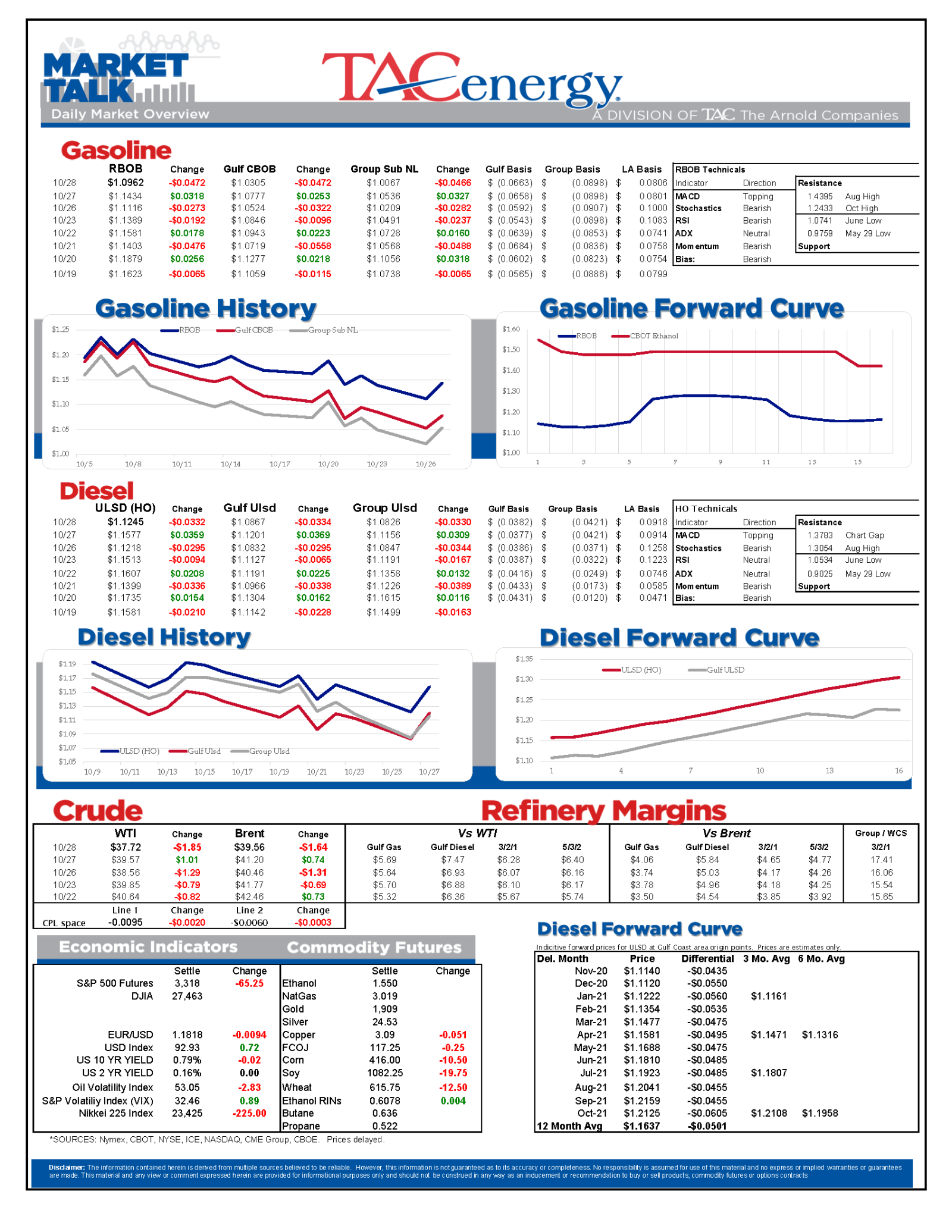 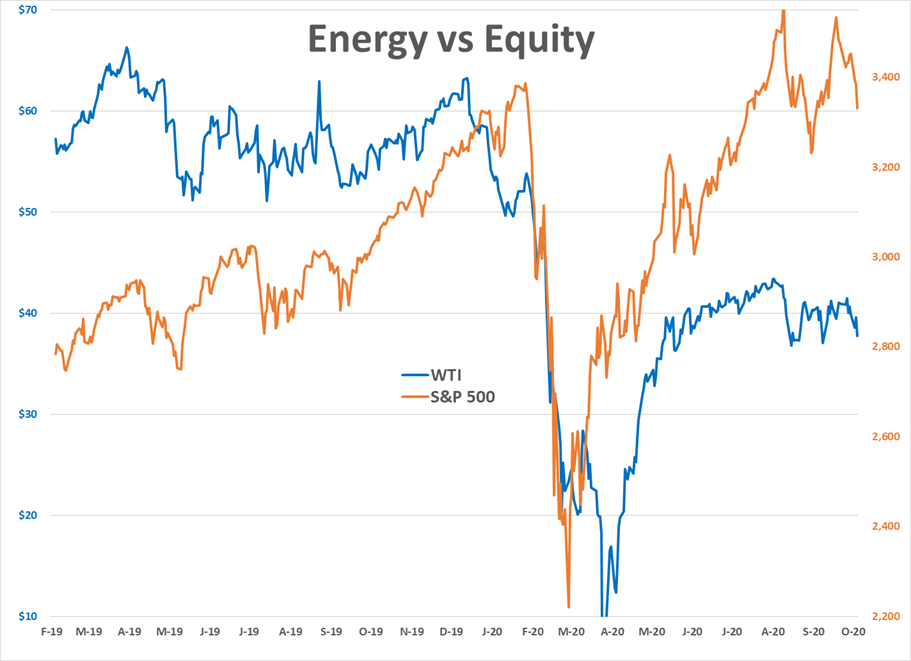 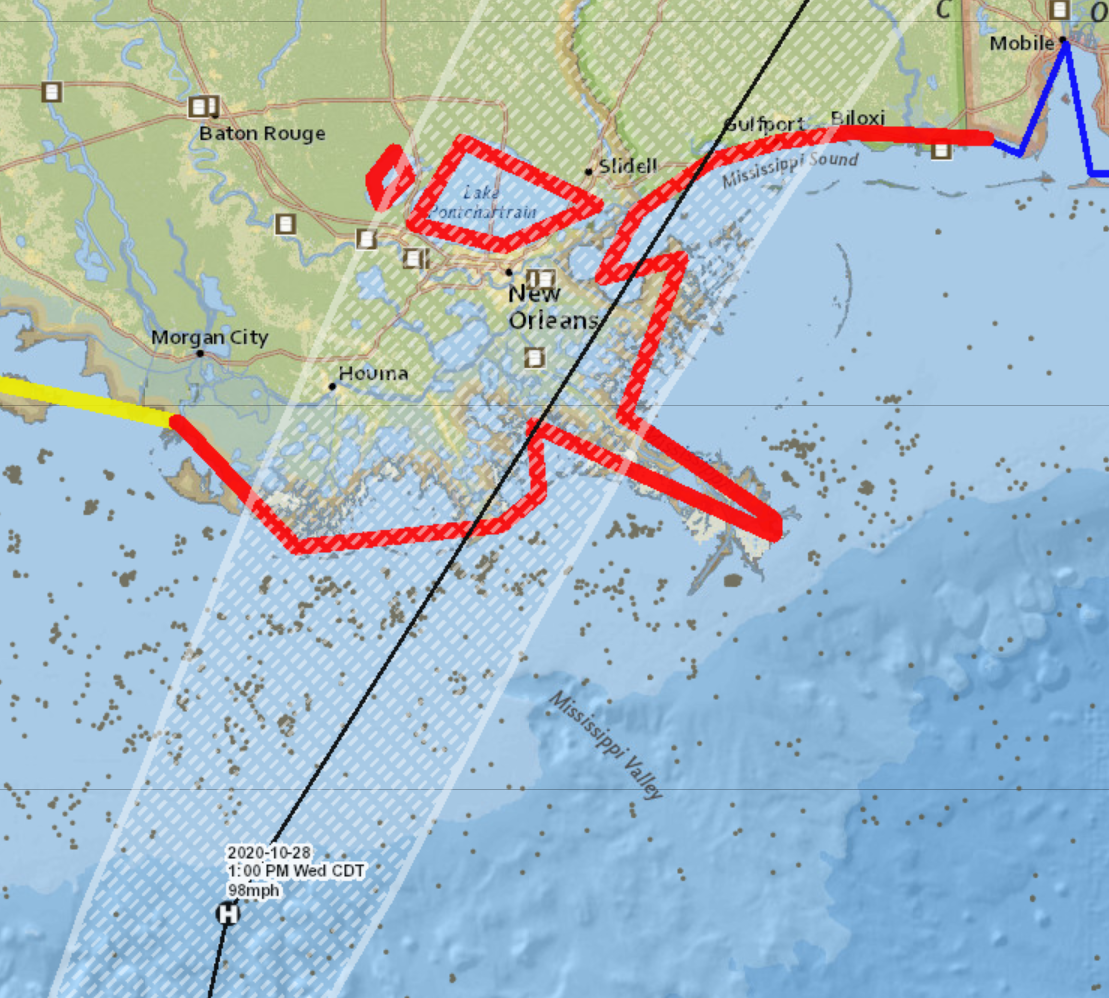