RBOB gasoline futures are trying to lead the rest of the energy complex higher to start the week, but oil and diesel contracts seem to be reluctant participants so far as weaker equity markets give traders reason to pause. Last week’s rollercoaster ride left energy contracts stuck in technical no-man’s land with just three trading days left in the month.

Progress was made overnight in the Suez Canal as the ship that’s been stuck was partially refloated overnight and could be completely freed later in the day. It could still take days to complete the operation and restart the shipping lanes, but the progress suggests the disruption will be counted in days and not weeks. This situation has also highlighted other challenges with shipping logistics during the pandemic as ports on the West Coast have become back logged, and hundreds of thousands of sailors remain stranded at sea.

Money managers cut back their length across the board following what looks like it might be a seasonal top in prices set two weeks ago. WTI and Brent contracts also saw a substantial increase in new short positions, and a large drop in open interest, suggesting the large speculators are ready to bet that the rally is over. The COT report data is compiled as of Tuesday so those new shorts were put to the test right away with the rollercoaster ride in the back half of the week.

Meanwhile, there’s a new competitor to the WTI and Brent crude contracts as Abu Dhabi launches trading in Murban oil futures today. The contract aims to shake up the benchmarking of middle eastern prices, and is backed by substantial physical delivery capabilities.

Baker Hughes reported six more oil rigs were put to work last week, five in the Permian and one in the Williston basin. The count is now at the highest level since May of 2020, but is still 300 rigs short of where we were just one year ago, a reminder of how dramatic the shutdown was last April.

Lots of headlines about a major oil refinery fire in Indonesia overnight. The photos and videos are no doubt dramatic, but the plant is relatively small (125mb/day) and the operating units reportedly escaped damage so it should not have an impact on prices in other regions. 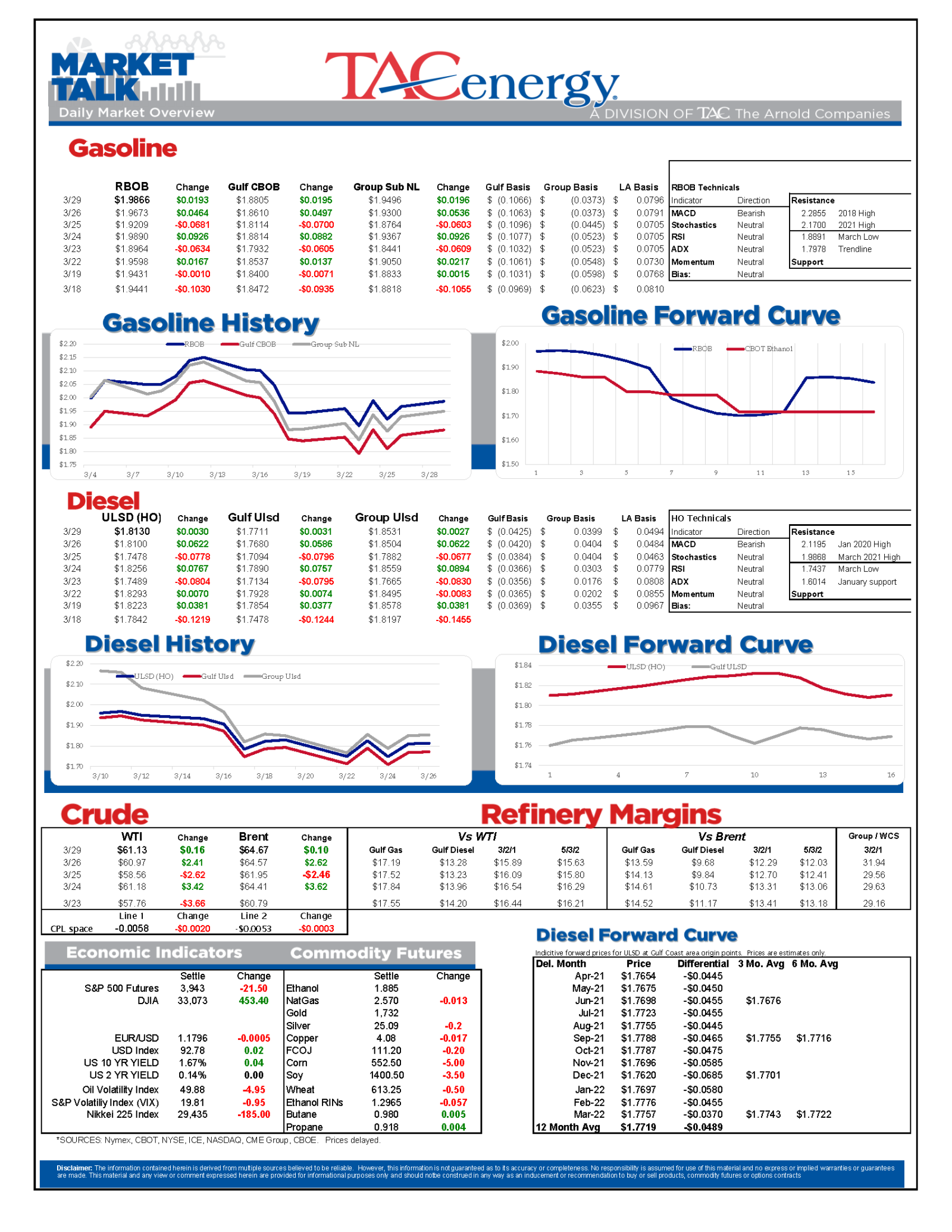 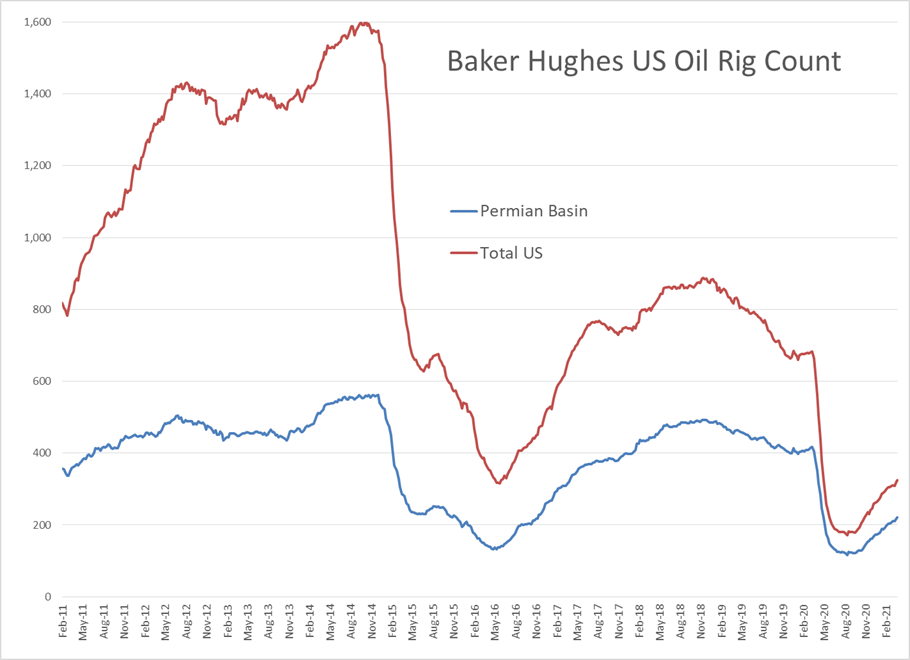