After 2 days of heavy selling that rank top 5 all time for refined products, we saw a quiet overnight session as a different kind of Brexit dominated the news, followed by a modest rally attempt just before 8am.

The summer price drop has been severe, wiping out half of the 7 month rally in less than a month, and leaves the complex susceptible to more selling short term even though there are signs that we may be setting up for a period of consolidation after the rally finally broke.

The first test for gasoline and diesel prices will come in the early hours of trading to determine if the modest overnight gains can hold, or if another wave of selling will hit after trading activity picks up as we’ve seen the past couple of days.

The EIA is still catching up on its data releases after 3 weeks of delays caused by hardware issues with its servers. The weekly status report should be back to normal this morning, and the weekly gasoline and diesel price update (which many companies use for their fuel surcharge tables) will be released later this afternoon with 3 weeks’ worth of data, before resuming its normal schedule next week.

The big pullback in product prices has knocked nearly $20/barrel off of basic crack spreads after they reached record highs 2 weeks ago. The good news is that despite a pullback of nearly 50 cents/gallon, current margin levels are still plenty high to encourage US refiners to keep running full out with most averaging north of $30/barrel, which is more than double the average for this time of year.

The Los Angeles spot market has seen the worst of the selloff this week, with spot values for CARBOB gasoline down 67 cents in 2 sessions, compared to “only” a 45 cent drop for RBOB futures as West Coast inventories sit above the top end of their seasonal range.  In addition, China has increased its export quotas, which should allow its underutilized refineries a chance to cash in on the big margins globally, and could end up meaning more options for West Coast buyers.

Group 3 diesel prices have resisted the sell-off, rallying to a 40 cent premium over futures – the after months of being one of the weakest values in the country left shippers with an easy choice to send their barrels to other parts of the world instead of the Midwest. 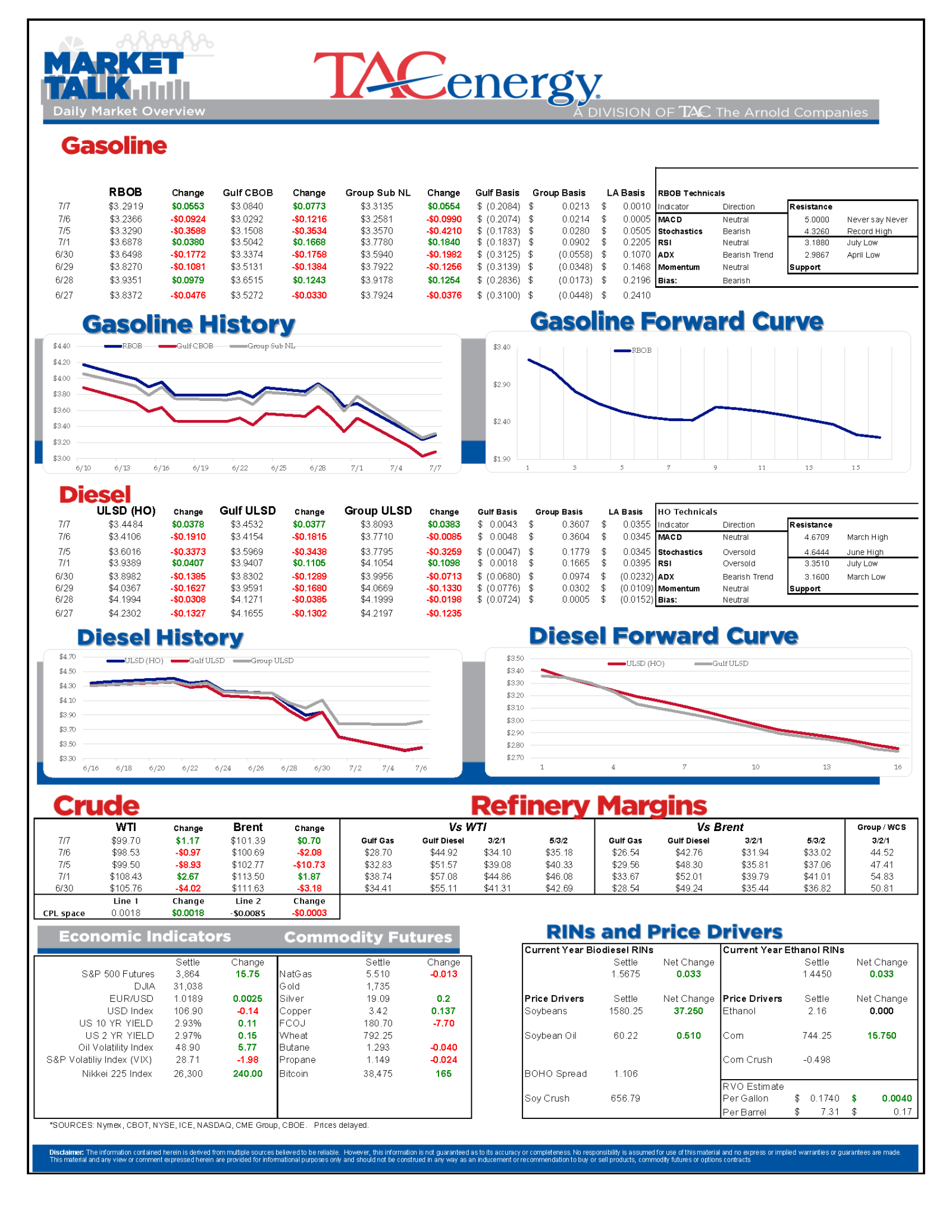 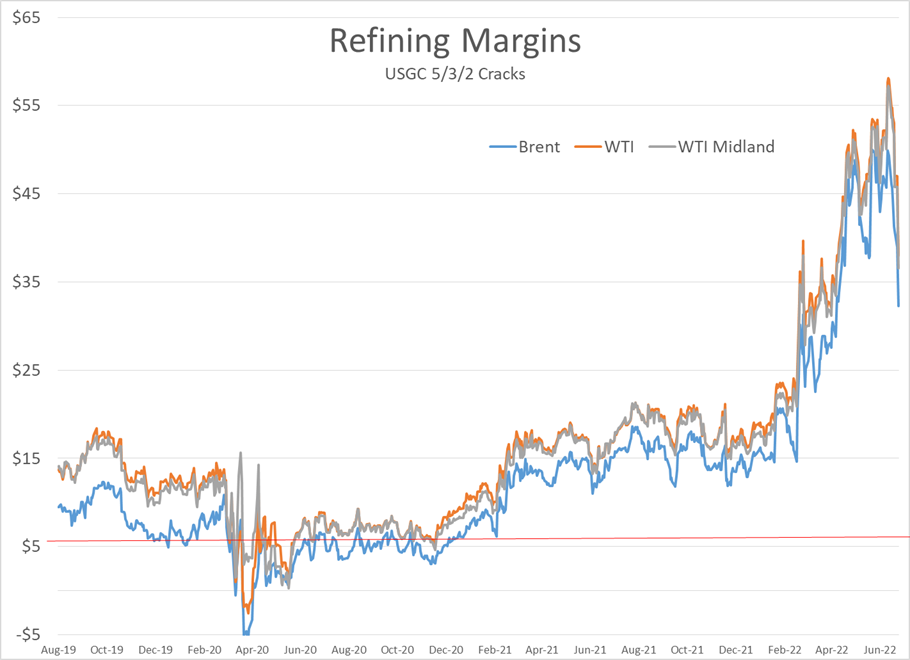