A Mixed Bag To Start The Week

While WTI and ULSD futures remain entrenched in their sideways trading pattern, RBOB gasoline futures are teetering on the edge of a breakdown that could send prices below the one dollar mark. With the summer driving season coming to an end, more questions than answers on the outlook for reopening this fall, and inventories holding near record high levels, it’s easy to make a fundamental argument for weaker gasoline prices as we start the RVP transition. That sets up an interesting test for early August trading, will RBOB’s weakness pull the rest of the petroleum contracts lower, or will gasoline avoid a collapse due to the strength in crude and diesel?

Right on cue, RBOB prices have bounced more than three cents from their overnight lows, although it’s unclear so far what’s driving that recovery. It could be some news in the past couple days of refinery closures, the storm heading up the eastern seaboard, or perhaps just a bit of bottom fishing after prices have reached their lowest levels in a month.

Marathon had several big news items to go along with its Q2 earnings report. The company announced it was indefinitely idling the Martinez, CA and Gallup, NM plants that had been closed due to COVID demand impacts, and had finally reached a deal to sell its Speedway retail chain to 7-11’s parent company. It’s worth noting that Marathon is considering transitioning the Martinez plant and its Dickinson, ND plant to renewable diesel facilities, similar to what Holly announced for its Cheyenne, WY facility recently.

In addition to those closures, several reports are confirming that Calcasieu Refining began idling its LA facility over the weekend due to the demand/margin impacts of COVID. Several of the Q2 earnings calls suggest the industry expects more of these closures to happen before the pandemic is past, but for now everyone is just guessing where the next one might be.

Hurricane Isaias has stayed far enough offshore as it moved up the east coast of Florida to spare that state from the worst of its damaging winds and storm surge, but now is expected to hit the Carolina's overnight and then dump large amounts of rain all along the east coast into New England. Given the major population centers now in the storm’s sites, this system could be a demand killer as even more drivers will stay at home for day or two as it passes. There’s another system the NHC is giving a 60 percent chance of formation this week, but so far that system is expected to stay out to sea and not hit the U.S.

After reporting the first increase in more than three months in last week’s report, Baker Hughes reported the U.S. oil rig count decreased by one in its latest release. The Permian basin saw its count drop by two rigs, while the Bakken saw a one rig increase, the first tick higher in that basin since January.

Money managers continue to be hesitant about petroleum contracts, making small reductions in WTI, Brent, RBOB and Gasoil net length, while ULSD saw a minor reduction in its net short position.  Brent Open interest dropped nearly six percent on the week, as producers lowered their hedge positions to the lowest levels in more than four years. That reduction in producer shorts suggests that either the industry is willing to bet prices probably won’t fall from current levels, or that they don’t plan on producing as much in the near term. 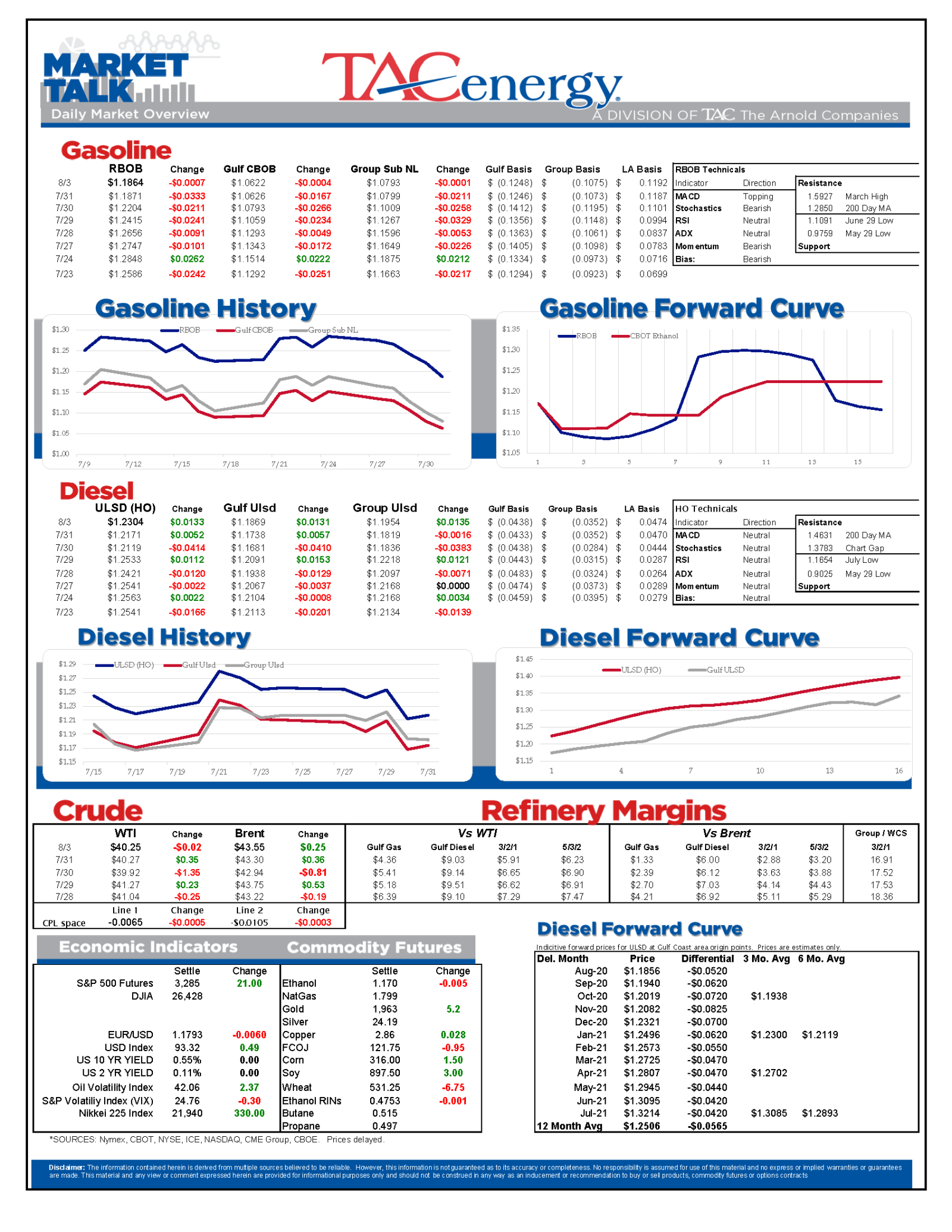 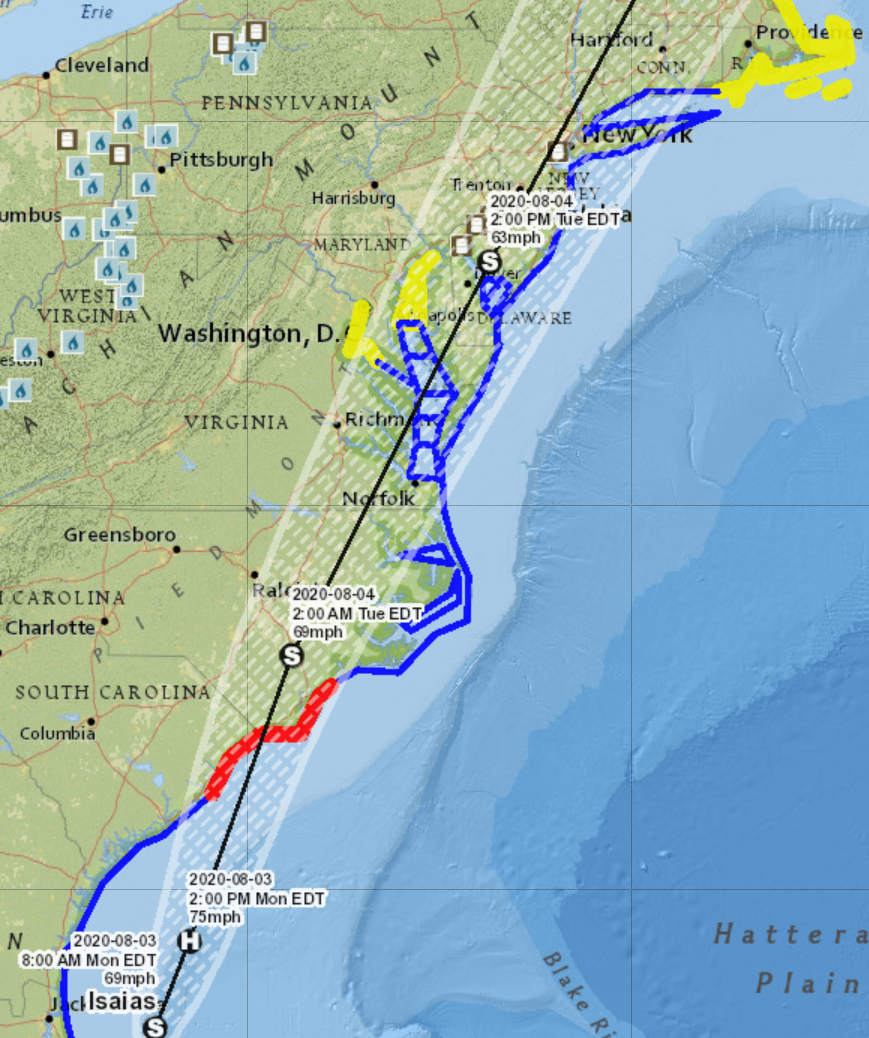 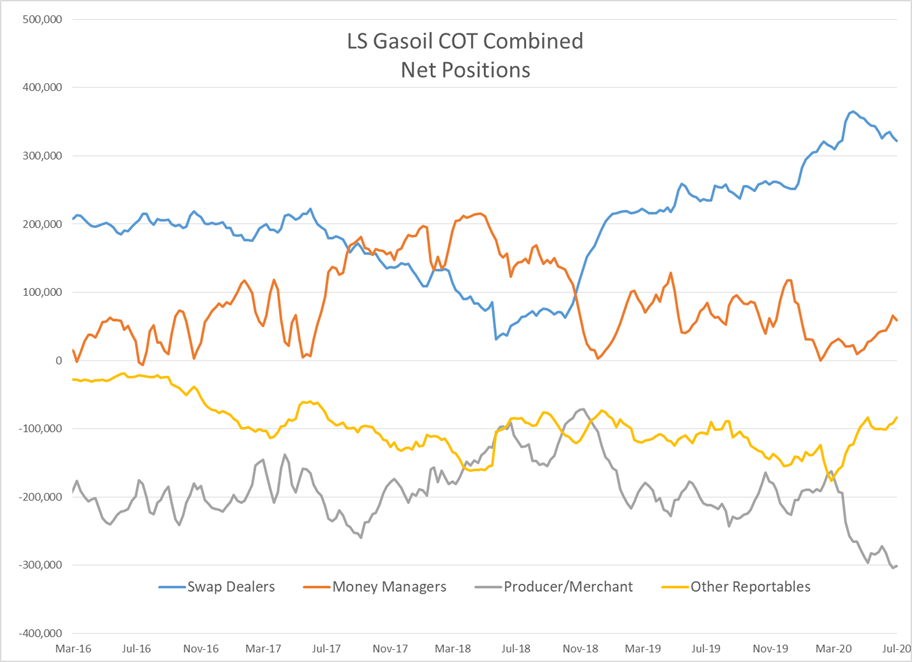