A Strong Start And Weak Finish Sets The Stage

A strong start and weak finish Tuesday set the stage for a technical selloff in both energy and equity markets, as the recent bull rally seemed to run out of steam. Reversal bars on the daily charts after WTI flirted with a five-month-high and the S&P 500 came close to a new record high only to end lower on the day, suggested we may be due for a heavy round of selling. Instead, both asset classes are moving higher again to start Wednesday’s session, with bullish inventory figures seeming to help NYMEX futures erase yesterday’s losses and diminish the technical threat.

The API was said to report inventory draws across the board last week, with crude stocks down 4.4 million barrels, diesel down 2.9 million barrels and gasoline lower by 1.3 million barrels. The DOE’s weekly report will be out at its normal time this morning.

Any bullish sentiment from the weekly inventory data is being held in check by more bearish outlooks from the EIA and OPEC monthly reports.

OPEC’s monthly oil market report lowered expectations for global economic activity and oil demand, while increasing its forecast for supplies. OPEC’s production increased by nearly one million barrels/day on the month as the carte’s output cut agreements started to ease. The report also noted the lack of investment flows into the oil markets in recent months, while Gold and other commodities have seen record setting action.

The EIA’s Short term energy outlook painted an uncertain picture, as it has the past several months, and noted how July prices stagnated as the demand recovery battled to a stalemate with the threat of additional COVID shutdowns.

The August report used a smaller reduction in U.S. GDP than the July report, but despite that relative improvement, the forecast suggests that U.S. energy consumption in 2021 will still be lower than in 2019, as the COVID recovery is expected to stretch further into the future.

One notable item from the report is that the price curve for Oman crude flipped from backwardation to contango in the last two weeks of July, suggesting that Asian refinery runs – particularly in China – have slowed, while Middle Eastern production comes back online.

The latest in a long line of renewable diesel projects planned for 2022 was announced Tuesday as an alliance that will see ExxonMobil buying the output from the refinery in Bakersfield, CA that’s being retooled for RD production. This is at least the fourth traditional refinery being converted to RD production that’s been discussed in recent weeks, and given the state of environmental rules and weak refinery margins, it’s likely not going to be the last. 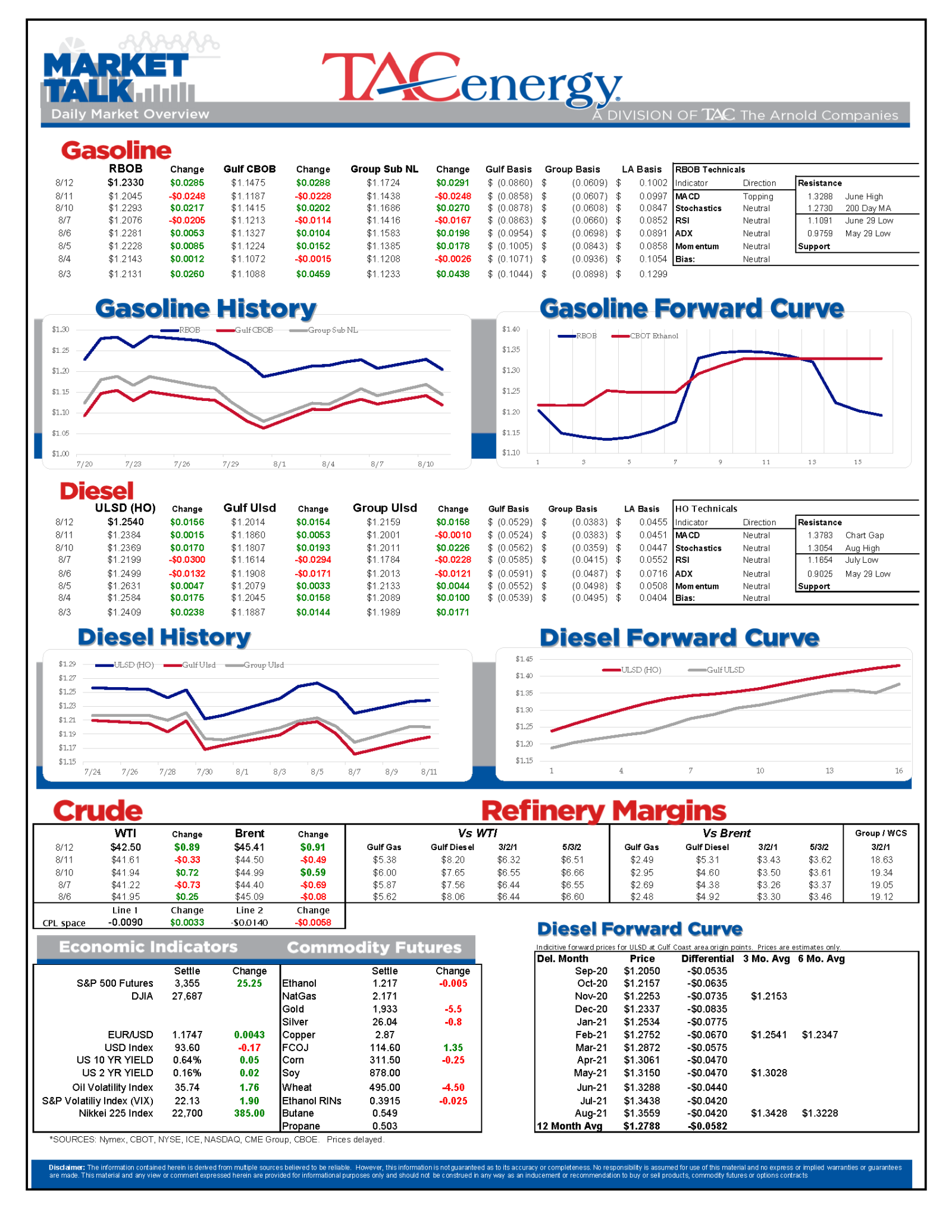 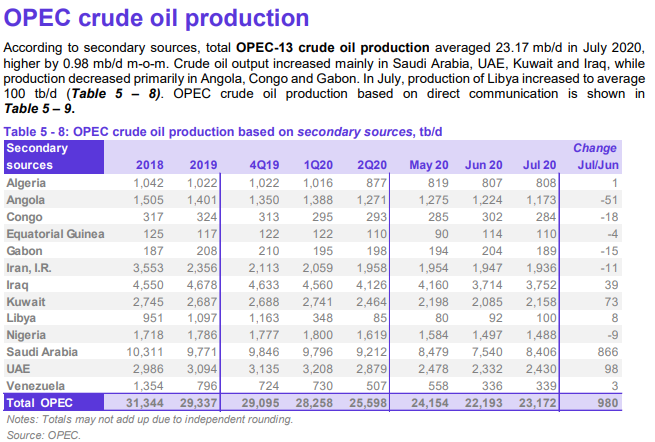 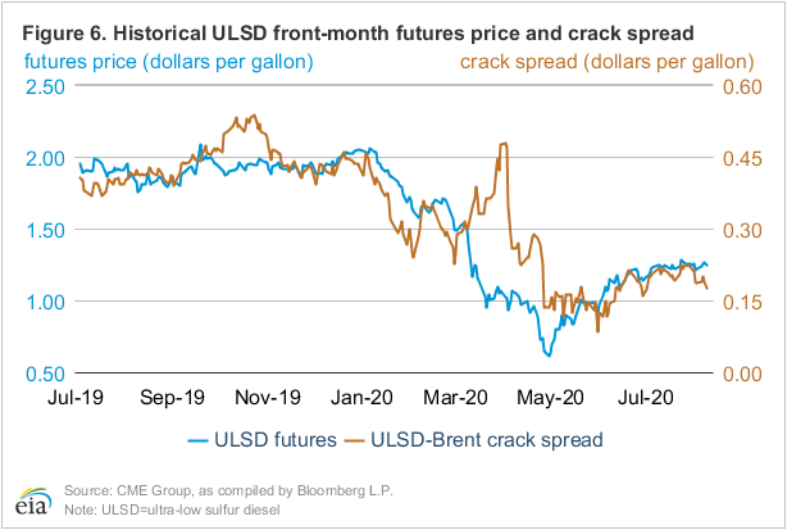