The recovery rally in energy prices ran out of steam late in Wednesday’s session as an aggressive wave of selling took hold in the last 10 minutes before settlement, wiping out the gains from earlier in the day and that downward momentum has continued overnight. There did not appear to be a headline story to drive the selling, suggesting we’re still stuck in a sideways pattern as books are repositioned ahead of year end, and new bets are made on where we’ll go in 2019.

The IEA’s monthly oil market report released this morning is also getting some blame for the downward pressure as the agency showed an increase in global inventories for the month. The IEA held its estimates for 2019 steady from their last report, with total global supplies expected to outpace demand by a small margin. The report also contemplates whether or not OPEC just put a floor under prices with their latest extended output cut agreement.

Yesterday’s DOE weekly status report was a mixed bag, with oil inventories declining for a 2nd week, while US gasoline exports reached a new all-time high. A big question for US refiners as we approach the winter doldrums for gasoline demand is whether or not international buyers have enough capacity to continue soaking up the excess US production.

A new report from the EIA suggests that the US strategy of waiting until the last minute on issuing waivers on its sanctions against Iran may have had an intended effect of reducing purchases of Iranian oil, while still allowing global pricing benchmarks to fall. 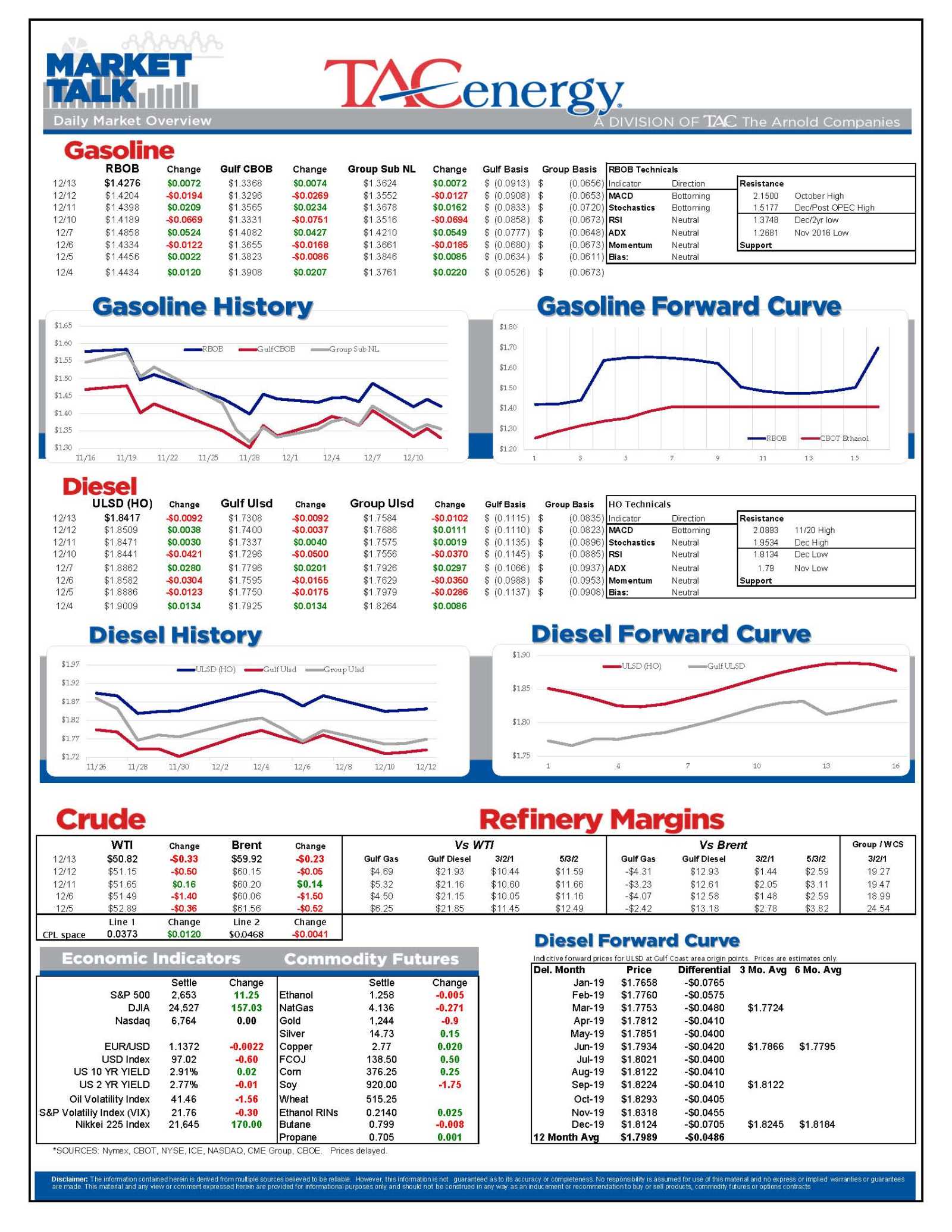 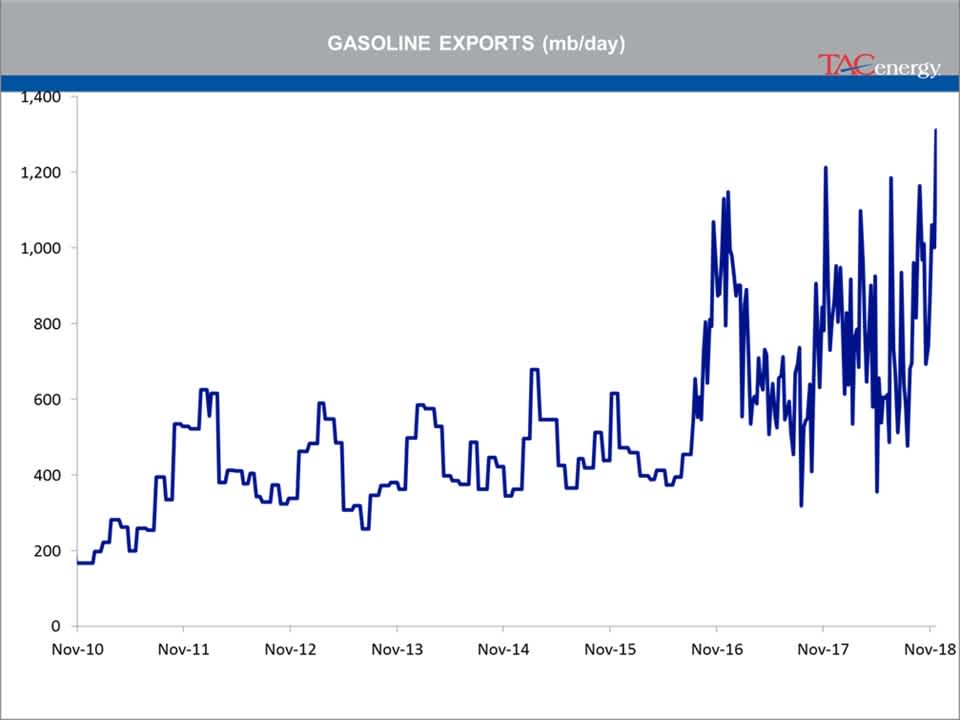 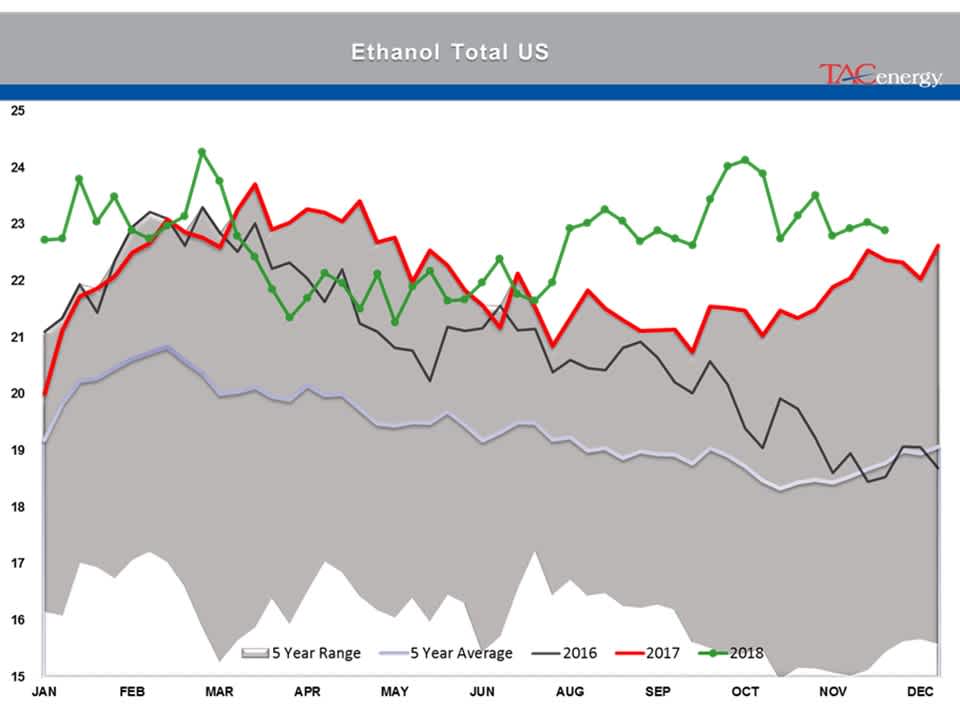