Another Day Of Heavy Selling In Energy Contracts

It’s another day of heavy selling in energy contracts, with refined products now down 17 cents or more so far in August. As has been the case for most of the past 18 months, demand fears from the latest rise in COVID cases is taking much of the blame for the latest wave of selling. The charts meanwhile had been hinting for some time that a substantial pullback may be coming after a 9 month rally finally appeared to have stalled out.

The big test this week looks to be the July lows which WTI has already broken below this morning, putting the contract at risk of a drop to $62 in short order. Refined products still have some work to do to get close to those lows ($1.96 for ULSD and $2.07 for RBOB) which could create a bit of a technical tug of war between crude and its products.

Speaking of which, money managers (aka hedge funds) continue to struggle with timing on refined product trades. The latest CFTC COT report showed funds increasing their net length (bets on higher prices) last week, just in time for the latest round of heavy selling. Distillates in particular look troublesome for the large speculators, as the length held in HO contracts reached a 3 year high last week, and may add to the selling pressure if that length is forced to liquidate by margin calls. The performance in crude oil bets has been better, with WTI net length reaching a 9 month low ahead of this sell-off.

Baker Hughes reported a net increase of 2 oil rigs operating in the US last week, offsetting the drop we saw in the previous week. Don’t expect this stagnation in drilling activity to cause a drop in oil production however, as a Rystad energy report last week detailed that drilled by uncompleted (DUC) wells have dropped to an 8 year low as producers are choosing to work through their backlog before focusing on drilling new wells.

The recent spike in West Coast basis values should be drawing imports of refined products to Northern California and PNW ports, but they may soon find competition from Mexican buyers if a weekend fire at the country’s largest refinery disrupts operations. The country has been walking back its plans to open up its fuel market, trying to give PEMEX back control of the nation’s fuel supply, and events like this fire show that ultimately the country will need outside help.

A storm system moving towards the Caribbean is given 70% odds of being named this week, with a good chance that it will head towards Florida, which would keep it east of the oil production and refinery centers in the Gulf of Mexico. A 2nd system right behind the first is given 20% odds of development, and we’ve reached the time of year where it will be rare not to have some system we’ll need to watch daily. 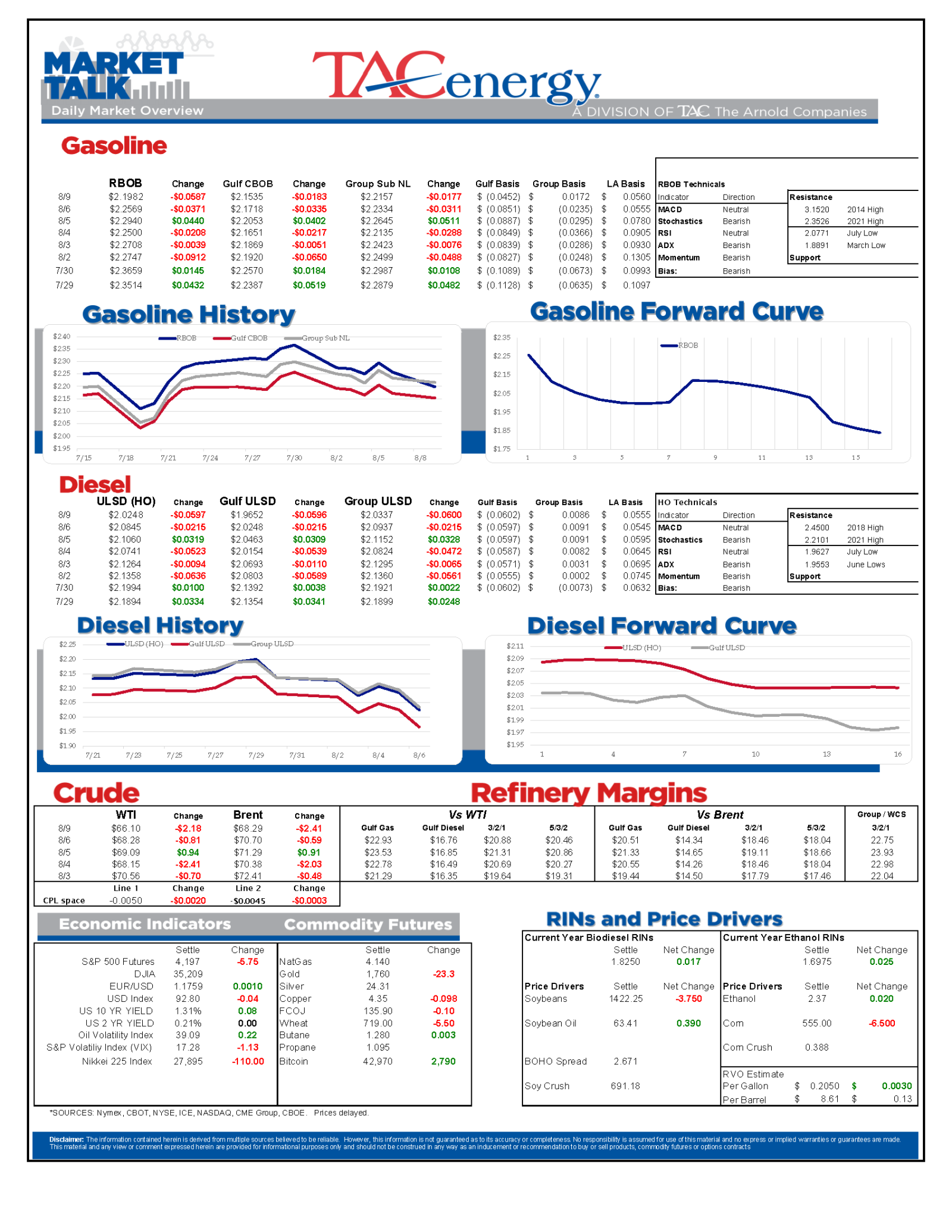 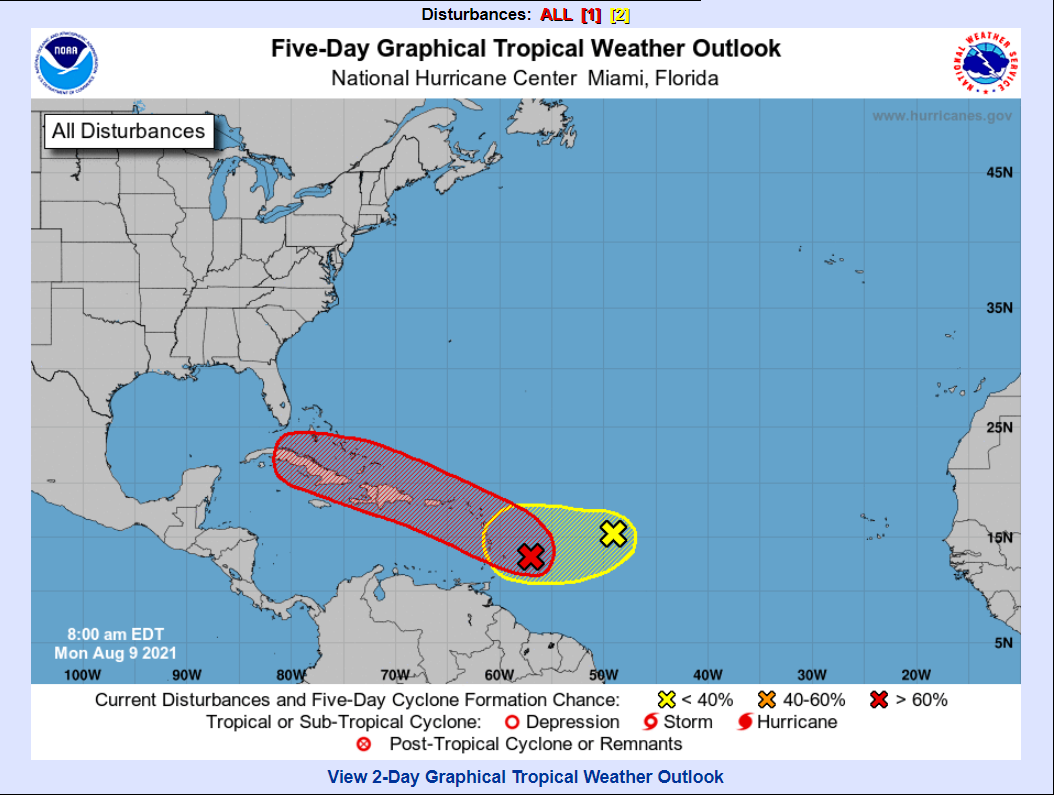