Another Monday Selloff For Energy Futures

It’s another Monday selloff for energy futures as traders had plenty of time over the weekend to get worried about how the rapid spread of the Delta variant might impact fuel demand. 4 out of the past 5 Mondays have seen gasoline prices drop at least 6 cents, and today’s early action threatens to do much more than that if we take out last Monday’s low trades near $2.17, which would open up another 10 cents of downside potential near term. ULSD looks like it has less of a technical trap door than RBOB, with near term support at $2.00 and $1.96.

Tropical storm Fred is about 100 miles off the Florida Panhandle this morning, and is expected to bring heavy rains across the South East after making landfall later today, but should not be a major factor on supply infrastructure. TS Grace was on track to hit Florida based on Friday’s models, then shifted west over the weekend and looked to be a threat to Houston Sunday, but the latest models have shifted West again and have it pointing towards Mexico, and not a refinery threat at all. Tropical Storm Henri is expected to be named later this morning, and is forecast to circle Bermuda, but doesn’t look to be a threat to the US coast at this time.

Money managers were bailing out of crude oil positions last week, but adding to length in refined products. The Net length in WTI dropped to its lowest level since November last week, after reaching a 3 year high in June. We have not yet seen a snowball effect of selling creating selling as speculators have to meet margin calls, when their bets on higher prices go wrong, but if WTI breaks below $65, that could be coming. ULSD length held by money managers pushed to the highest level since November 2018 last week, which probably means some hedge funds are wanting a do-over this morning.

Baker Hughes reported 10 more oil rigs were put to work last week, bringing the US total to a fresh 16 month high. The gains were spread across the country with the Williston basin adding 4 rigs, Eagle Ford 3, and 1 each for a few others including the Permian. 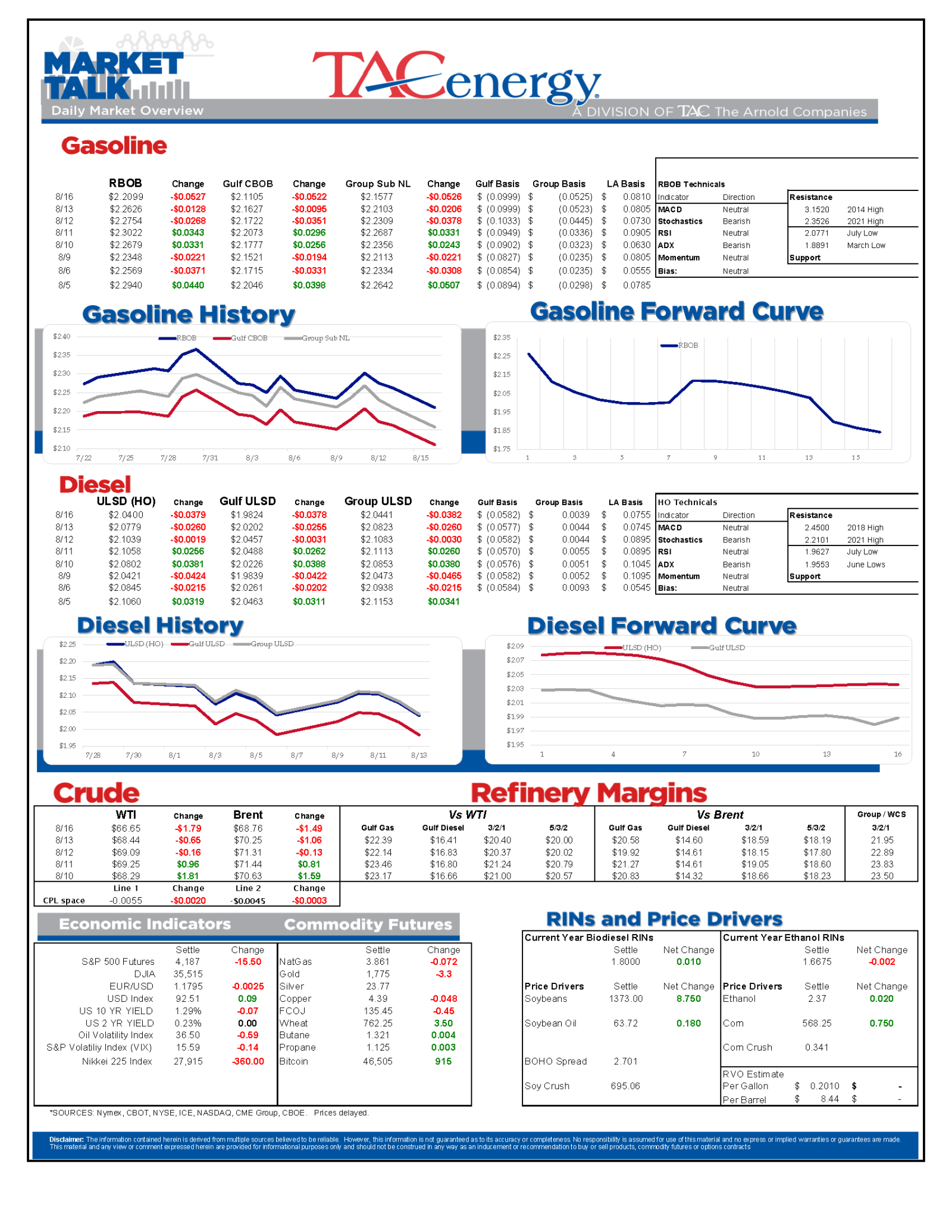 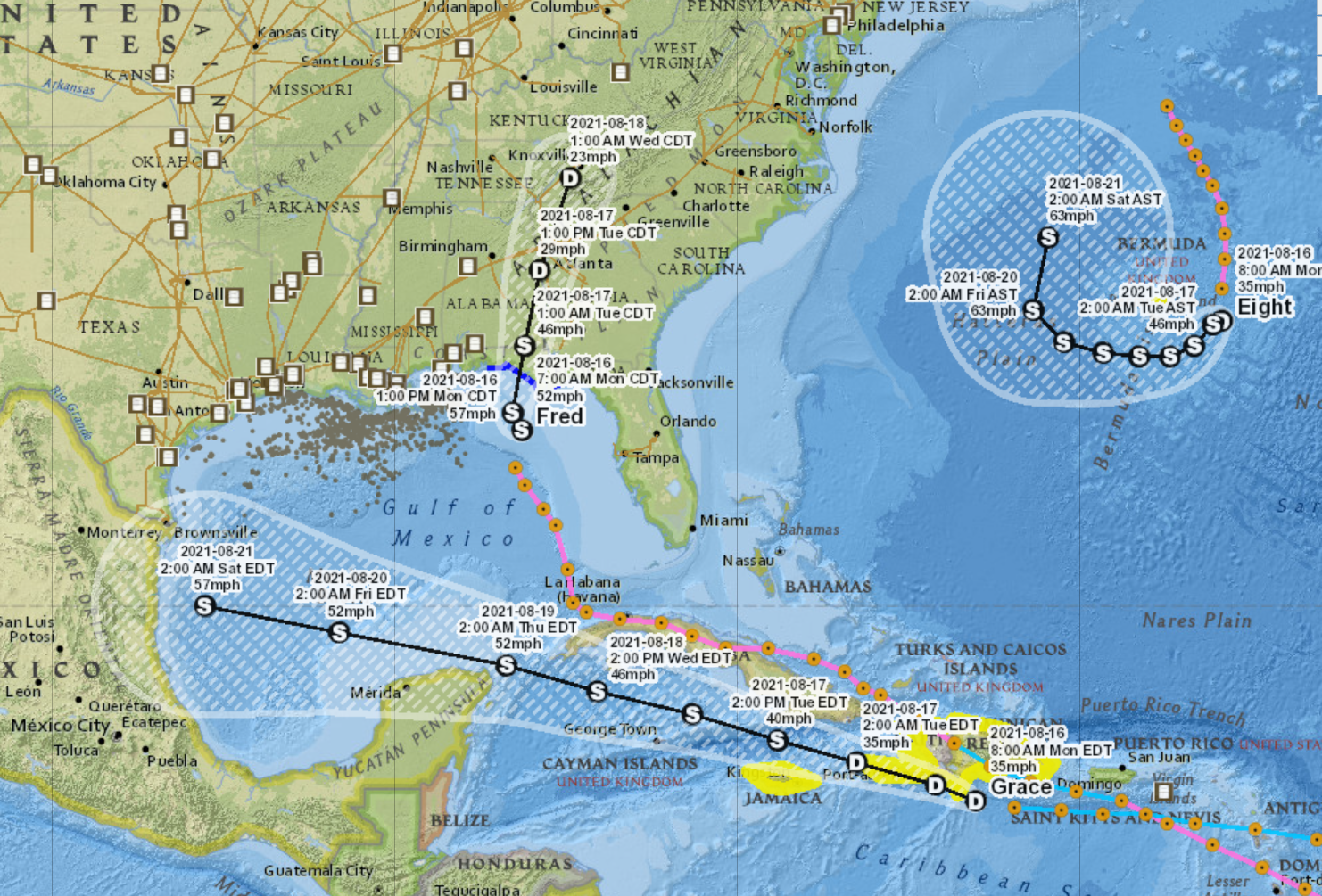 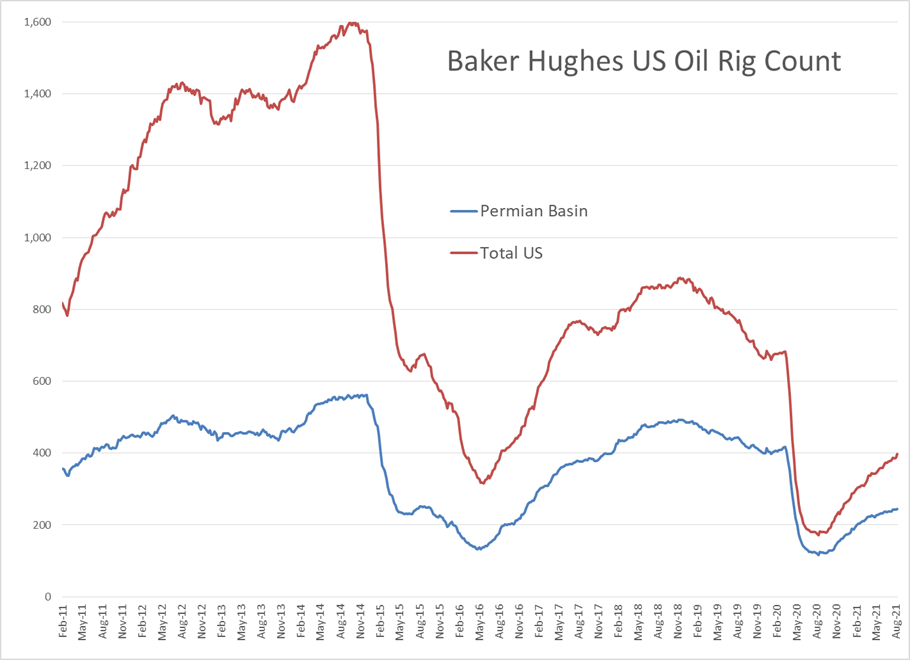