It’s another quiet start to trading as energy markets try to find a floor after 2 weeks of steady selling. Another sharp drop in equity markets had traders more in touch with fear than fundamentals Wednesday.

One way you can see that fear is driving the bus: ULSD prices dropped to pre-Saudi-attack levels despite US inventories falling to a 2 month low, and hovering at the low end of their 5 year seasonal range. The drop in diesel inventories looks to be driven by a sharp decline in distillate production as US consumption is holding right at the 5 year average for this time of year.

Declining refinery runs were another major point in the DOE report that was largely ignored by the market during the mid-day selloff, although the late bounce in refined products suggested that some traders were able to peel their eyes away from the equity selling long enough to take a bet that this market is now in oversold territory. This fall was supposed to be a relatively quiet year for fall maintenance, due to plants wanting to maximize output ahead of the IMO change, but a rash of unplanned issues on the Gulf and West Coasts has cut total US runs to the bottom end of their fall range.

Speaking of which, the California gasoline price bubble now looks like it’s deflating as spot prices have dropped 20 cents or more in the past two days, amid reports that refiners were getting their run rates cranked back up after more unexpected down time. Still, it’s not exactly a price collapse when prompt values are still $1/gallon over futures, but the history of that extremely volatile region suggests we could see huge moves lower in the days to come.

Concerned about running out of ethanol due to the 25 cent/gallon price spike last week? Don’t be. The DOE report showed that ethanol inventories continue to hover near record-high levels. 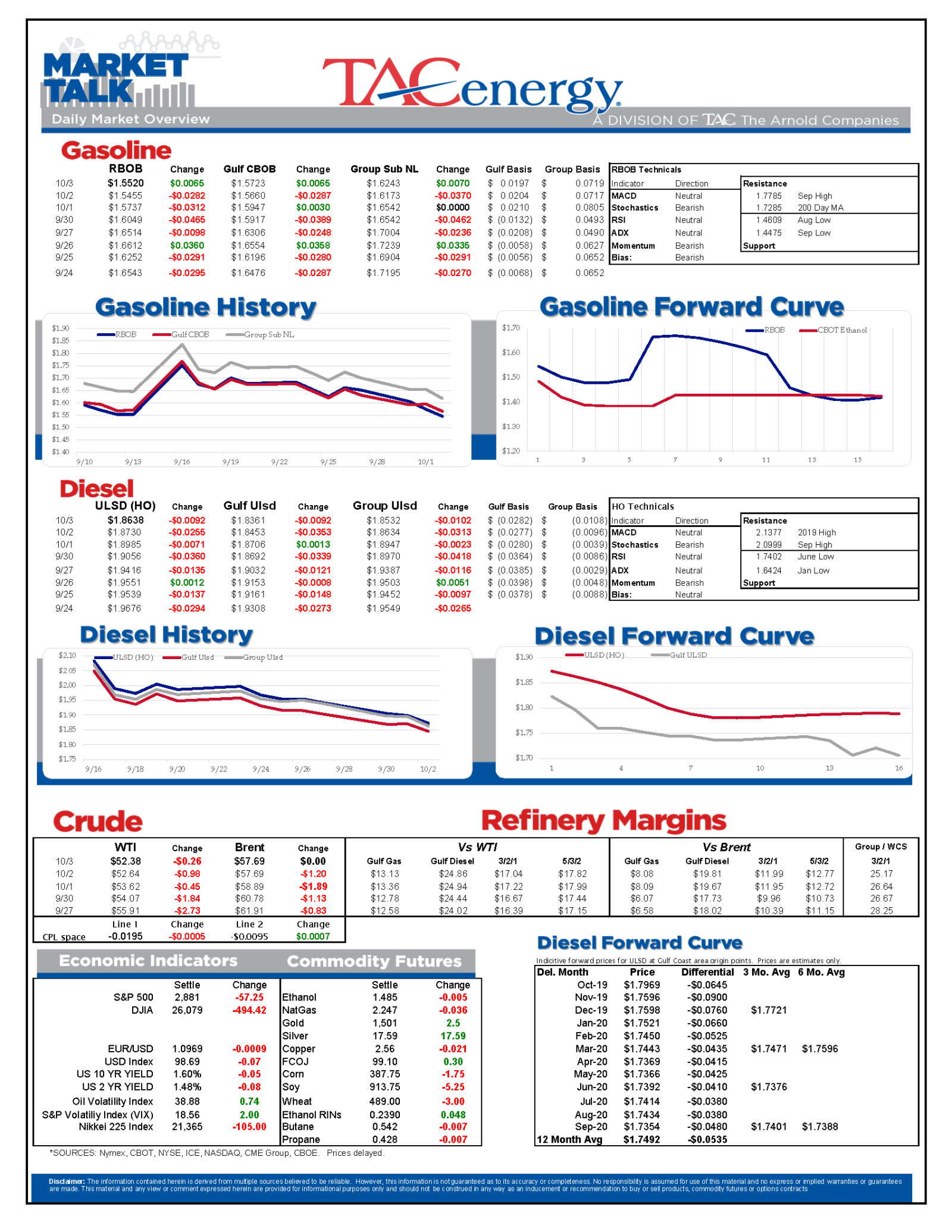