Another Soft Start For Energy Markets

It’s another soft start for energy markets Friday as the upward momentum has waned in the back half of the week. Although most prices are still modestly in the red (March RBOB did manage to turn positive around 8 a.m.)  we’ve already seen refined products bounce 1.5 cents off of their overnight lows, and they haven’t yet even tested the upward-sloping trendline, so it’s still too soon to call an end to the 3.5 month old bull market, which marks the longest sustained rally in two years.

A rally in the U.S. Dollar is getting some of the credit for the pullback in oil prices, even though the correlation between the two has been strongly positive for much of the past month, reversing the normal relationship. A pullback in equity markets after reaching fresh record highs this week is also getting some credit for the pause in the rally, and the correlation between daily moves in the S&P 500 and WTI remains north of 80%.

OPEC’s monthly oil market report showed the cartel’s total output increased by 181,000 barrels/day in January, with increases from Saudi Arabia, Venezuela and Iran offsetting decreases in Libya and Nigeria. We should see a sharp drop in output soon as Saudi Arabia prepares its unilateral production cuts it announced when it couldn’t convince the Friends of OPEC alliance led by Russia to cut output to avoid flooding the fragile market with supply. Like all of the other monthly reports released this week, OPEC expects an acceleration in demand growth in the back half of the year but the full year demand estimates were revised slightly lower from last month due to extended lockdowns.

Did you know refinery-effect snow was a thing? It happened this week in Denver, and based on the forecast, some plants in TX and LA could experience something like this next week, that is if they’re still able to operate through the record-setting cold that’s forecast for parts of the country that don’t insulate their pipes. Expect to see some terminal and/or refinery disruptions if the forecasted temperatures materialize across the south, not to mention the likelihood that trucks may breakdown if they leave their diesel untreated for the cold.

Monday is President’s Day, so spot markets will not be assessed, and most rack prices will carry through from tonight until Tuesday. NYMEX contracts will trade in an abbreviated session on Monday, but there will not be a settlement. 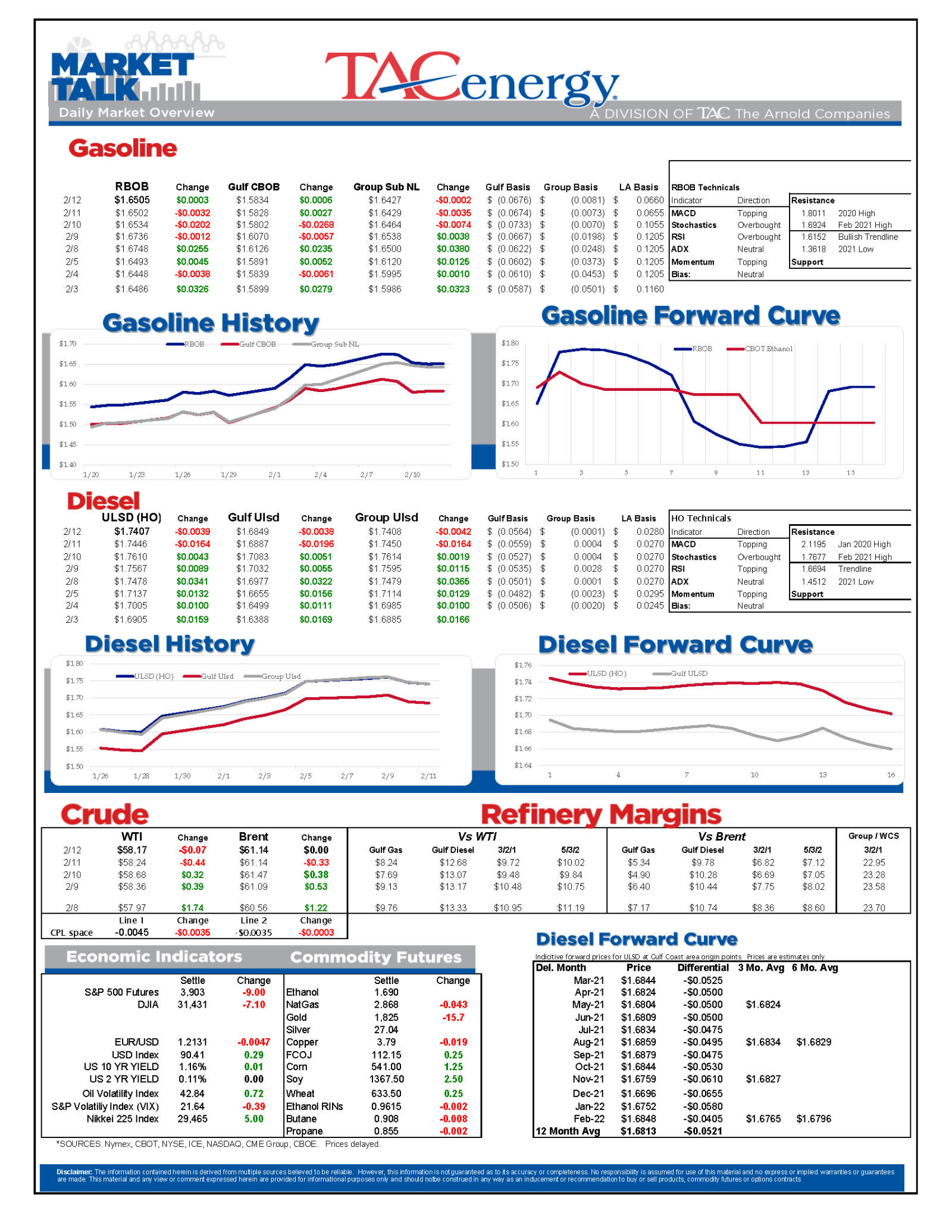 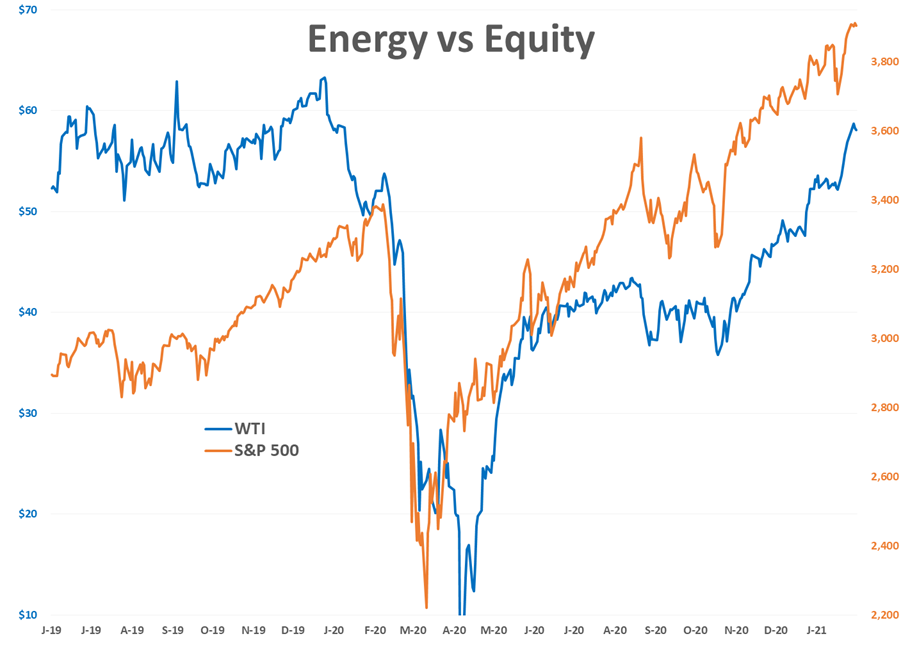