Battle Of The Forward Curve Breaks Out

Just as the oil price war was supposed to be ending, a battle of the forward curve has broken out as buyers are bidding up prices three months to three years in the future, while sellers continue to struggle to find a home for prompt supplies. Reports that Saudi Arabia is offering further discounts in Asian markets for May deliveries is the latest sign of a market running out of space to store its product.

Nowhere is the impact on the forward curve more evident than in WTI, where prompt values are down more than four dollars/barrel (16 percent) from a week ago, but three months and forward are all higher now than they were before the OPEC agreement. This is the market appearing to signal that while these unprecedented cuts will eventually balance the market, there’s not much of a solution in the short term until the stay at home orders come to an end.

A similar phenomenon is playing out in physical markets for refined products around the country, as it seems each day a new record is broken for discounts being sold to the futures contracts. Monday it was west coast diesel values that came under heavy pressure, with L.A. & San Francisco CARB diesel priced 15 cents below futures, finding themselves in the unusual position of being the cheapest diesel in the country.

The divergence between futures and physical prices continues to be most pronounced in gasoline. Three of the five largest spot markets hold discounts of 30 cents/gallon or more, as refiners and shippers struggle to adjust to the collapse in demand. RBOB futures continue to advance despite the negative signals in the physical market, currently trading at nearly twice the value they were at their March lows. There are some technical warning signals flashing for RBOB futures, as the contract now is overbought on some short-term indicators. If they can’t break above $0.77 this week, there’s a good chance we could see another wave of selling to end the month.

Ethanol and their associated RINs are also continuing to sustain a rally this week as shuttered production facilities are expected to ease a record inventory overhang in the U.S. 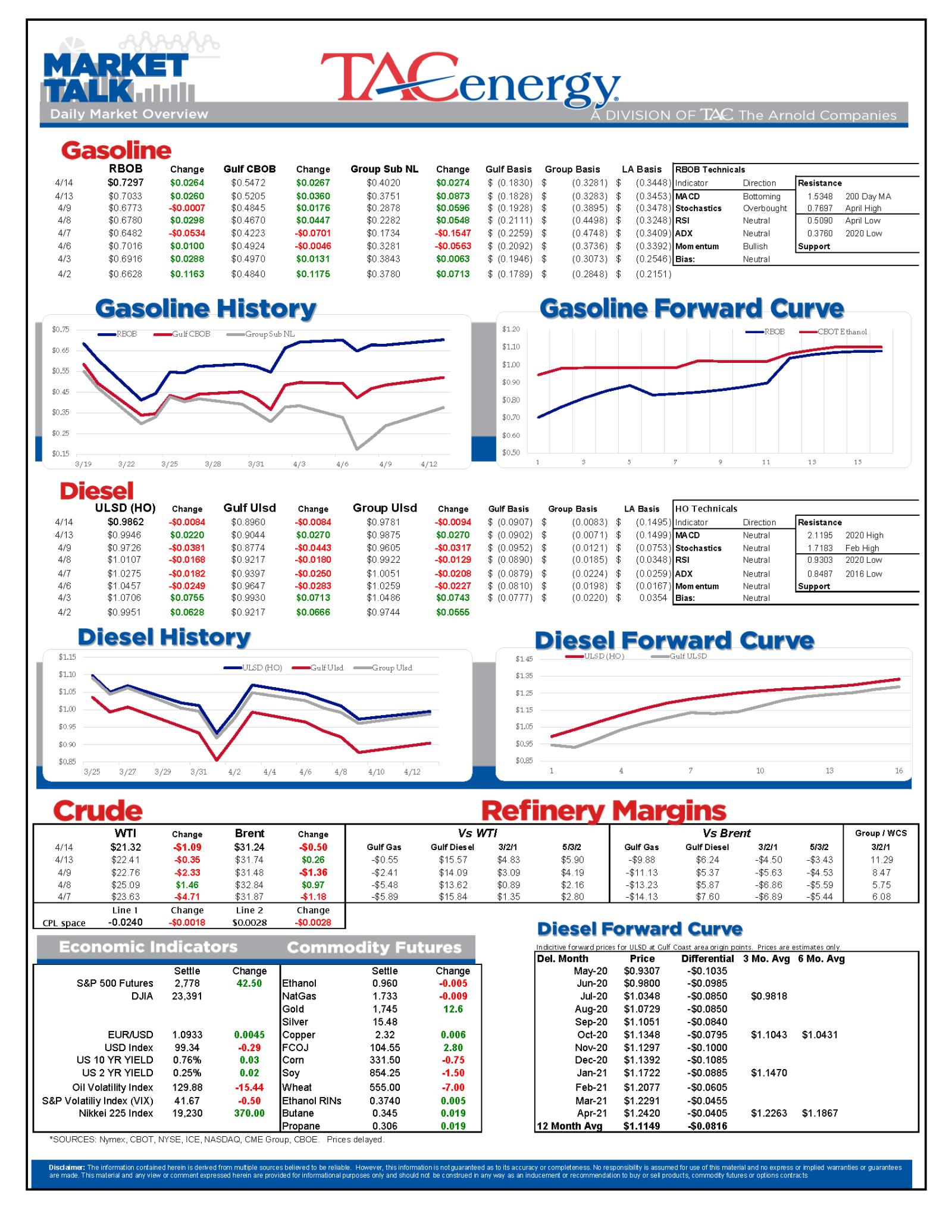 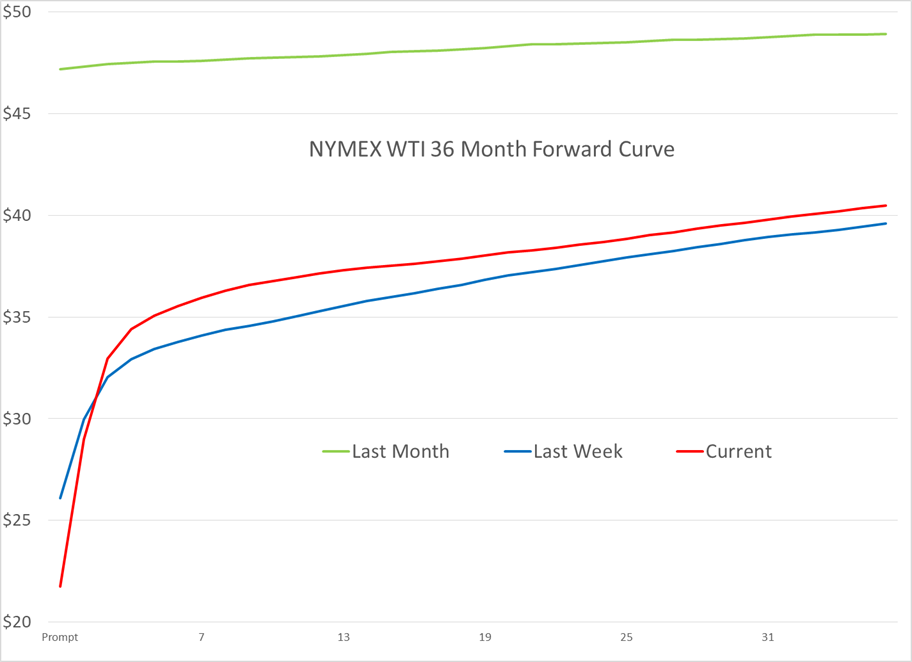 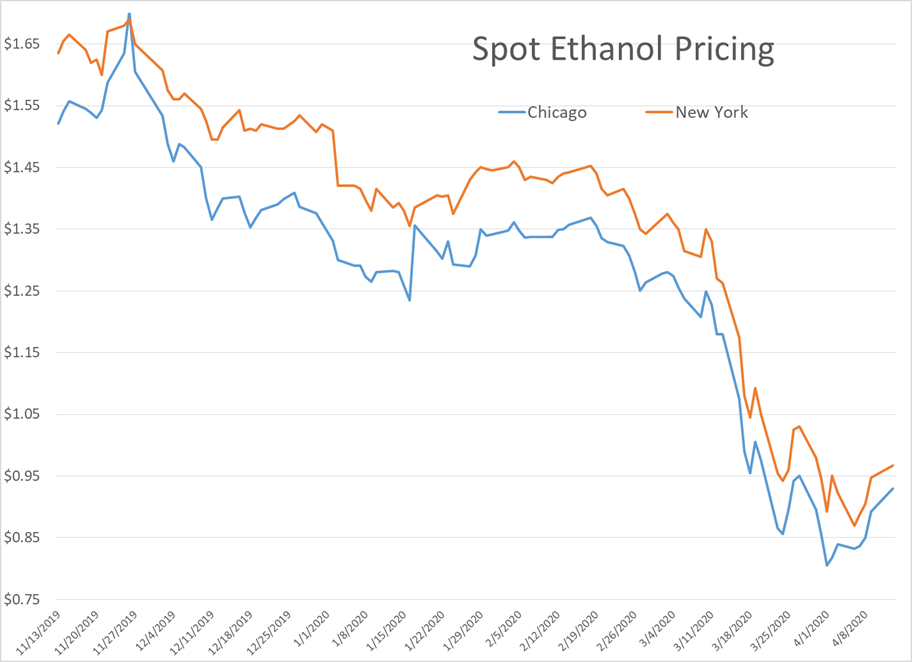