Biggest Declines Of The Year For Some Stock Indices

Energy and equity markets are seeing a modest recovery bounce this morning after Monday’s heavy selling that saw the biggest declines of the year for some stock indices. Contagion fears and FED uncertainty continue to be the major themes roiling markets this week, but as the Volatility index chart below shows, those themes are bothering stock markets more than they are energy.

There’s an interesting phenomenon happening on the diesel forward curve over the past week. While prompt month prices hold near 3 year highs, values 1 year forward and beyond have dipped below where they were trading a month ago. That could be a sign that diesel producers (aka oil refiners) are getting comfortable locking in crack spreads at current levels as the net short position held by the producers & merchant trade category is hovering near a 3 year low. WTI is seeing a similar pricing phenomenon with the forward curve moving into a steeper backwardation.

Unlike diesel however, crude oil is not seeing hedging increases by producers.  In fact, the producer/merchant category is net long WTI, and the swap dealer short position hasn’t moved much in several months, suggesting the price action has more to do with extended outages in the Gulf of Mexico from Ida, than a desire by producers to lock in values around $70, even though they were more willing to lock in a year ago when prices were only at $40.

Tropical Storms Peter & Rose continue to churn across the Atlantic, but don’t appear to be a threat to the US. The system that’s moving off the African coast is looking more ominous however, with 90% odds of developing into a storm named Sam, and on a path that gives increased odds of heading towards either the Gulf or East coast.

Shell agreed to sell its assets in the Permian basin to Conoco this week in a deal valued at $9.5 billion.  This continues a trend of oil majors based in Europe rapidly shedding traditional assets in a move towards renewables, while US based majors seem to be taking a much more conservative approach to the energy transition.

Another day, another large selloff in Ethanol RINs, which reached a fresh 7 month low Monday, trading below $1.10/RIN for much of the day as the industry continues to wait on blending targets to be released. 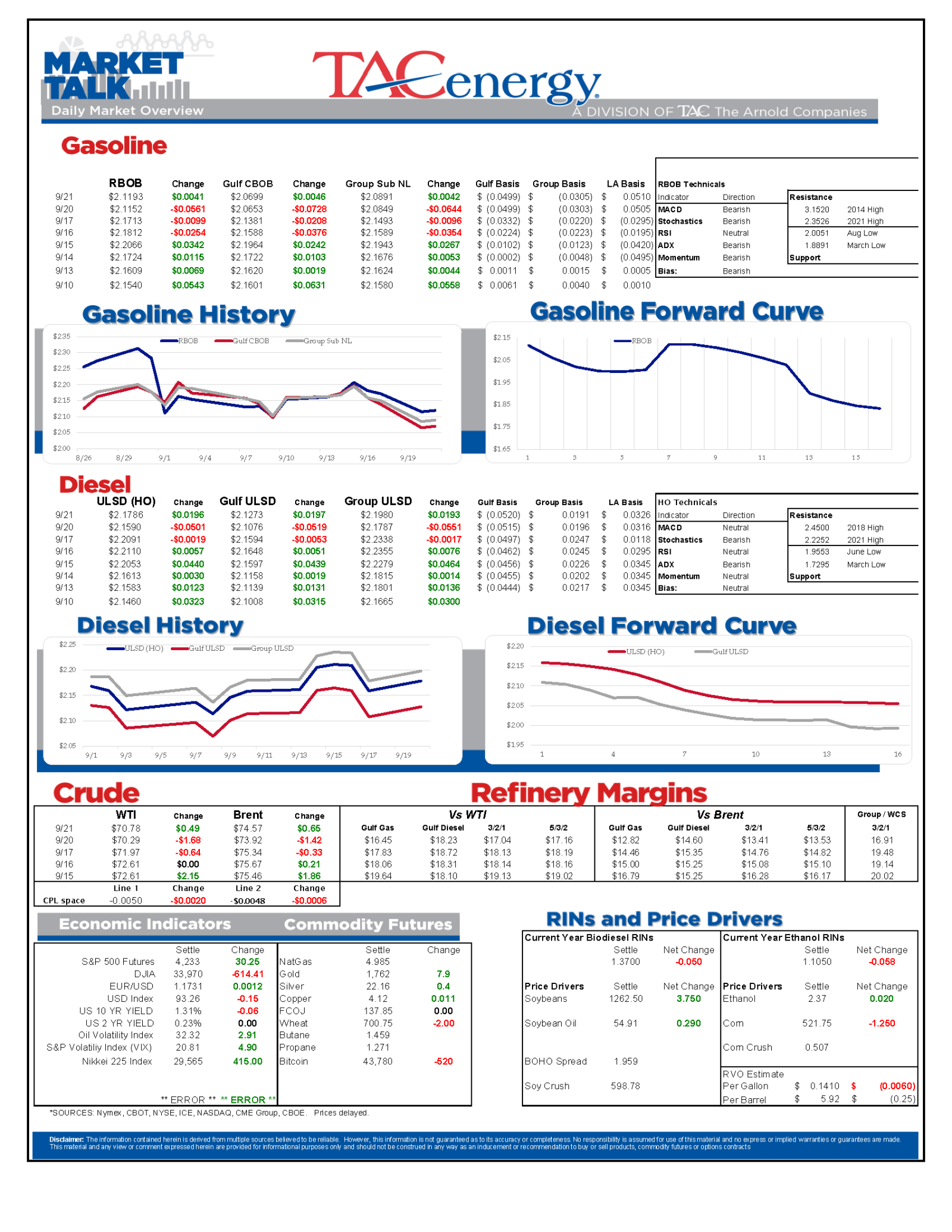 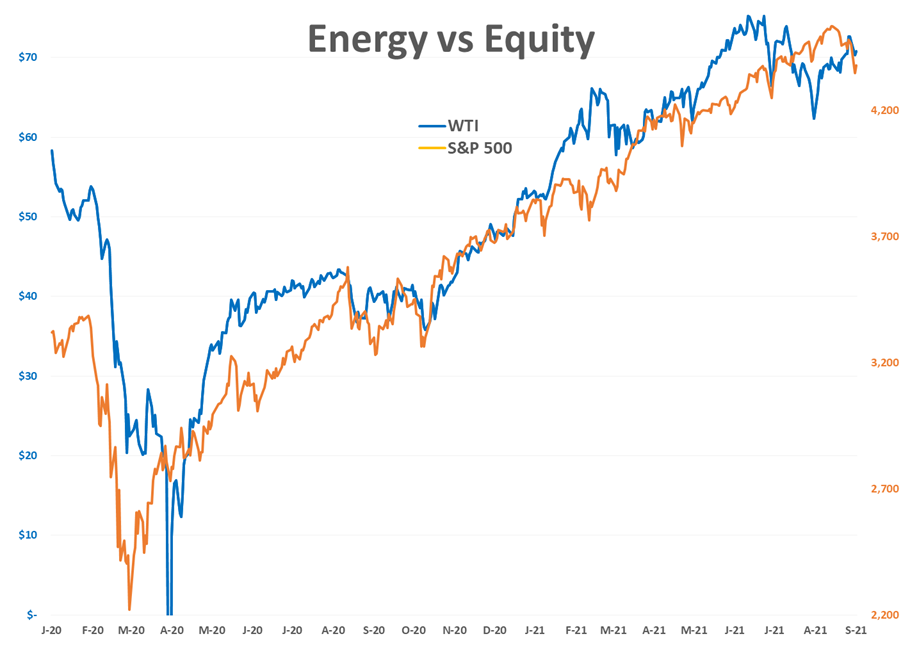 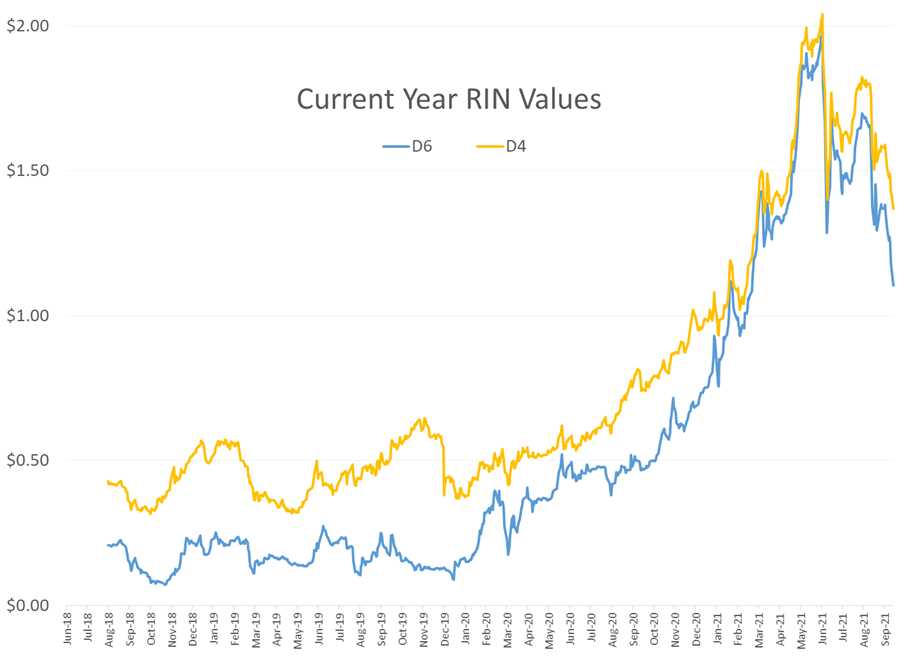