After shrugging off an attempted selloff in Wednesday’s session, energy futures are coming under some modest selling pressure again to start Thursday’s trading, although prices remain stuck in their sideways range for now. Dropping demand and swelling inventories are once again becoming the black cloud hanging over the energy arena as yesterday’s DOE report painted a bleak picture for producers and refiners over the coming months.

U.S. diesel inventories reached a new 30+ year high last week, as demand estimates dropped sharply once again. See the PADD 3 Diesel chart below to see how that glut of supply is primarily found on the U.S. Gulf Coast, which is creating some unique logistical challenges for refiners. The good news is that diesel exports are increasing and were almost back to pre-COVID levels last week. If that trend can hold, then perhaps the glut of diesel isn’t as big of an issue as it currently appears. One unusual wrinkle to watch for: ordinarily, hurricane season threatens supply shortages and basis value spikes, but in this new environment if the export ships can’t move, we could actually see the opposite effect.

Oh by the way, we might see this theory get put to the test sooner rather than later, as two storm systems are moving towards land. The first is expected to be named Tropical Storm Hanna, expected to hit in the next day or two on the Texas coast some time over the weekend. The current path keeps it away from any direct hits on refineries or ports, and likely does not have enough time to strengthen into a hurricane. Meanwhile, TS Gonzalo will likely become the year’s first Atlantic Hurricane as it reaches the Caribbean next week, and will be watched closely for direction as it starts to turn north. 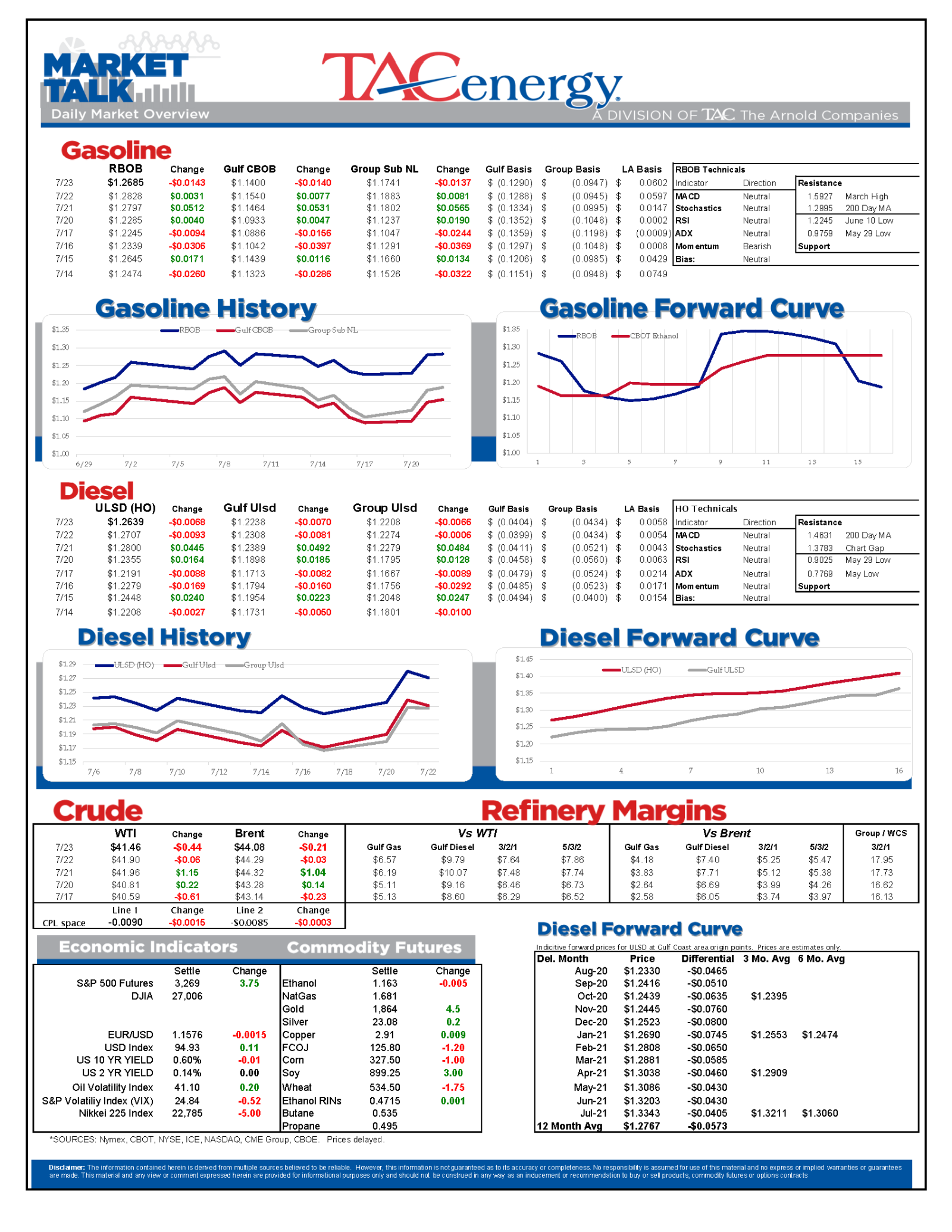 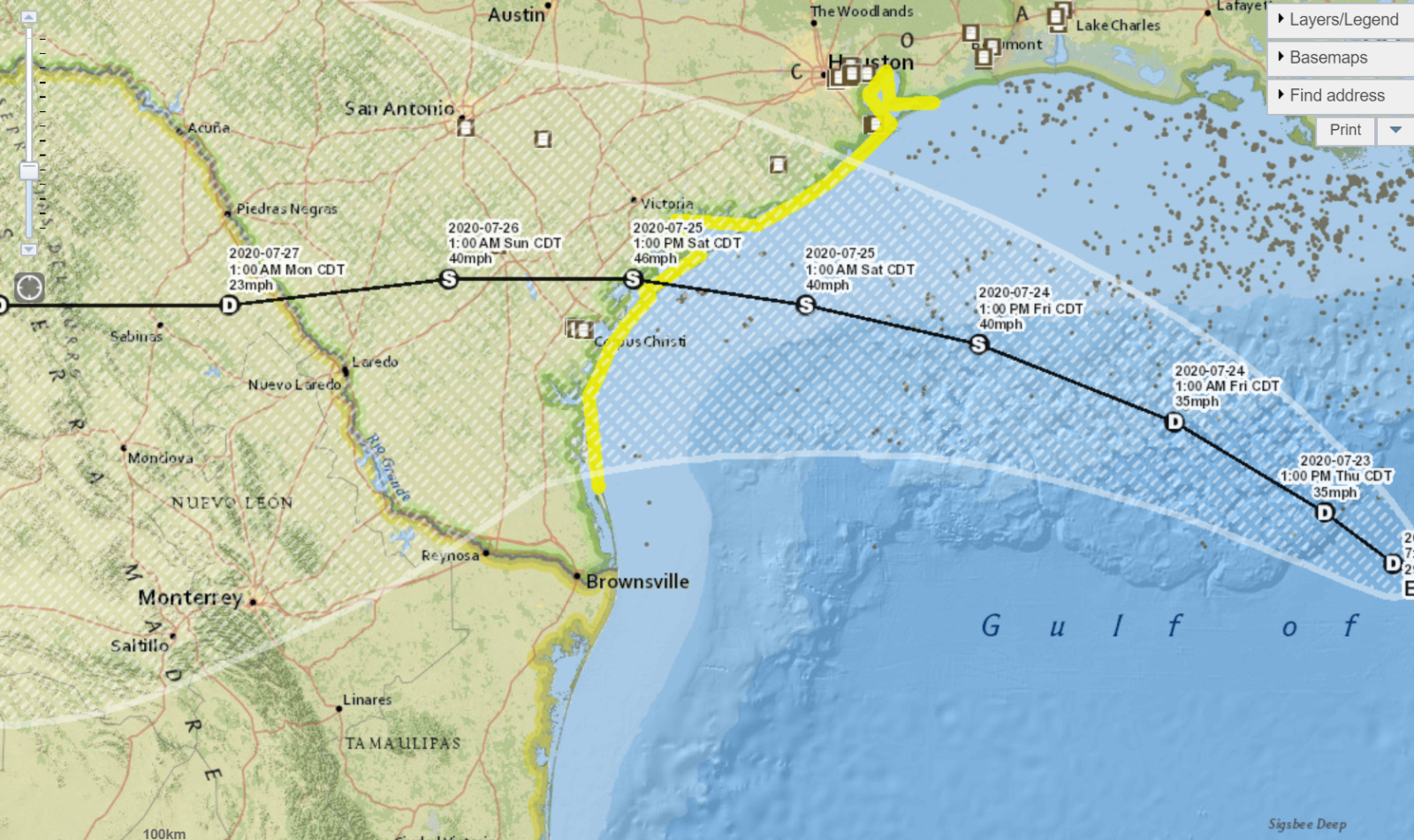 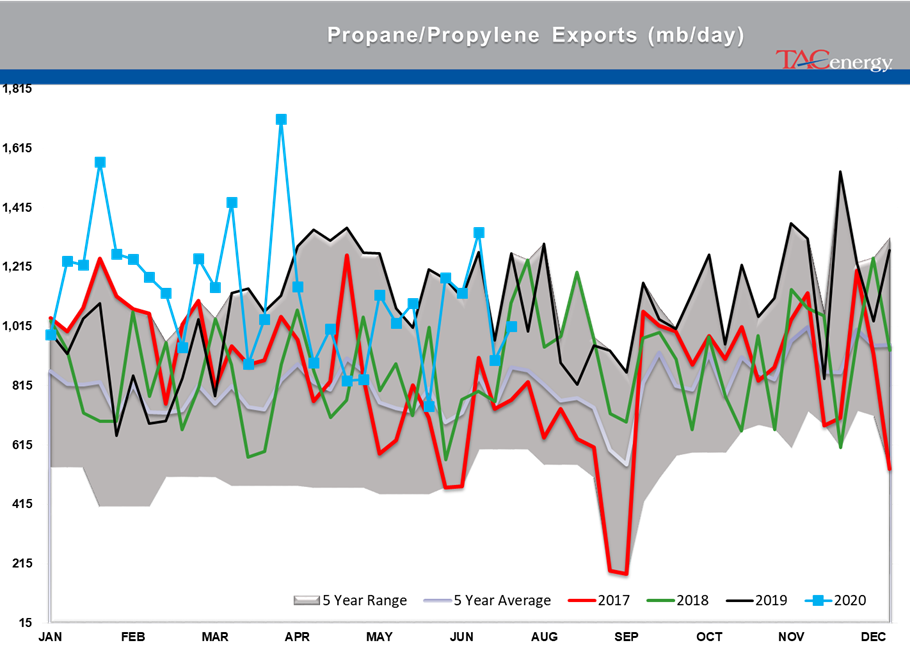