A Black Friday price plunge in energy futures is being pared back in early Monday trading as most physical players return to their desks after the long holiday weekend. Refined product futures are up 3-4 cents on the day so far, meaning cash markets will only drop 3-4 cents from Wednesday should current values hold. The Friday selling was blamed on jitters ahead of the OPEC & Friends meeting this week, although the early recovery rally suggests it may have had more to do with a lack of liquidity than anything else.

The CFTC’s weekly Commitments of Traders report was delayed due to the holiday, so we won’t get a look at NYMEX holdings until this afternoon. Speculators did increase their bets on higher prices for Brent last week, indicating a growing appetite for risk as prices reached 2 month highs. No doubt those new longs were not enjoying Friday’s meltdown in prices, but may be breathing a sigh of relief if they held on until this morning.

Baker Hughes reported 3 more oil rigs were taken off-line in the US last week, a 6th consecutive weekly decline in the rig count. The slowdown in drilling activity has been well documented over the past several months, but it’s important to note that in-spite of the slowdown in new wells being drilled, US production just reached a new all-time high last week of 12.9 million barrels/day. Keep in mind that’s 1.2 million barrels/day more than the all-time record set this time a year ago, and it’s easy to see why the US remains on track to become a net exporter of petroleum after decades of being the world’s largest importer.

Speaking of changing petroleum trade dynamics, a new natural gas pipeline running from Russia to China has commenced operations, in the latest major shift to the East for Russian firms trying to avoid US sanctions.

We are now less than a month away from the official start of the IMO diesel spec change for ships. While the market reaction has been muted thus far, it’s worth noting that US diesel stocks are holding near the low end of their 5 year seasonal range, putting much of the country at risk of price spikes if there’s a surge in demand. 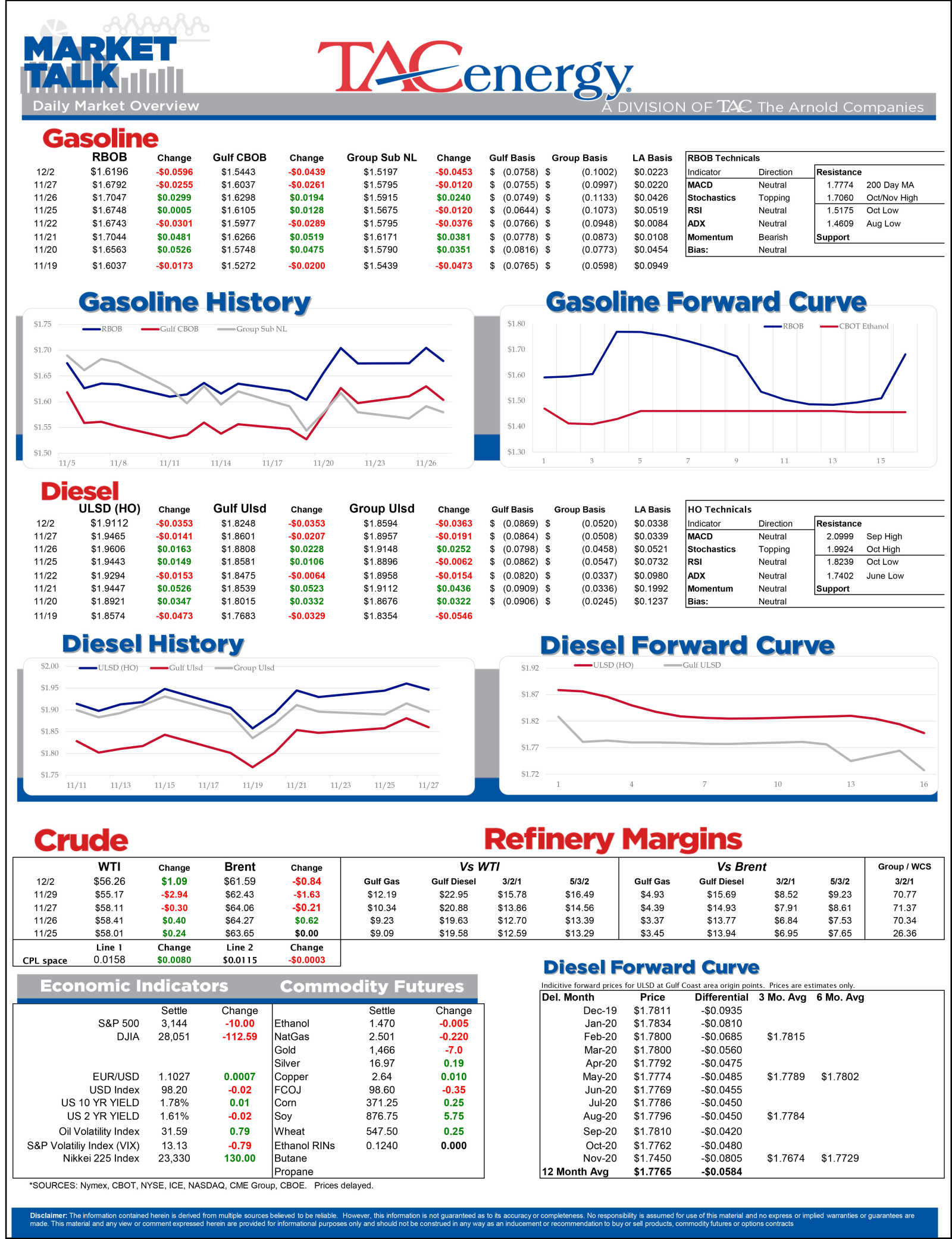 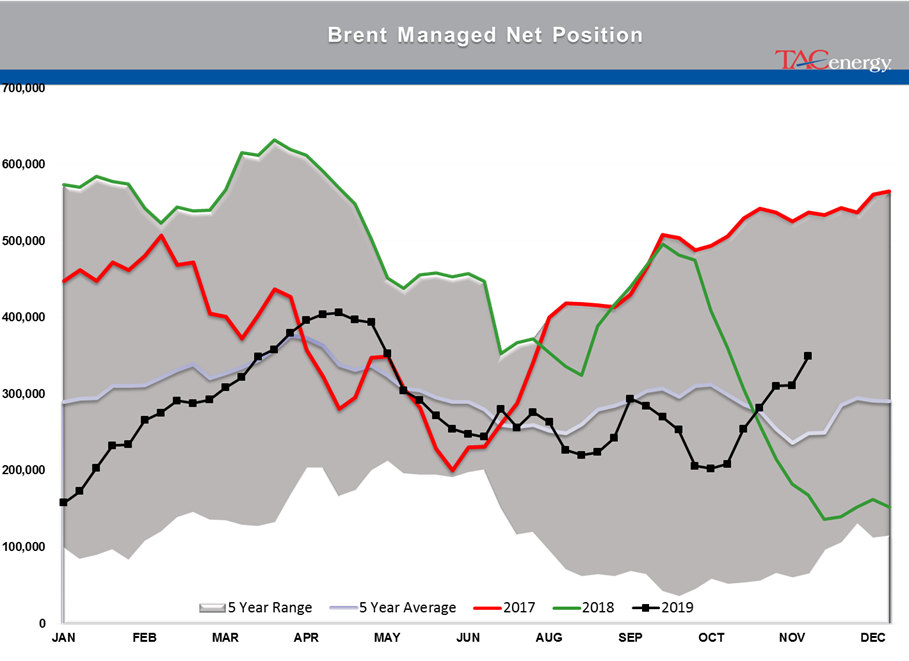 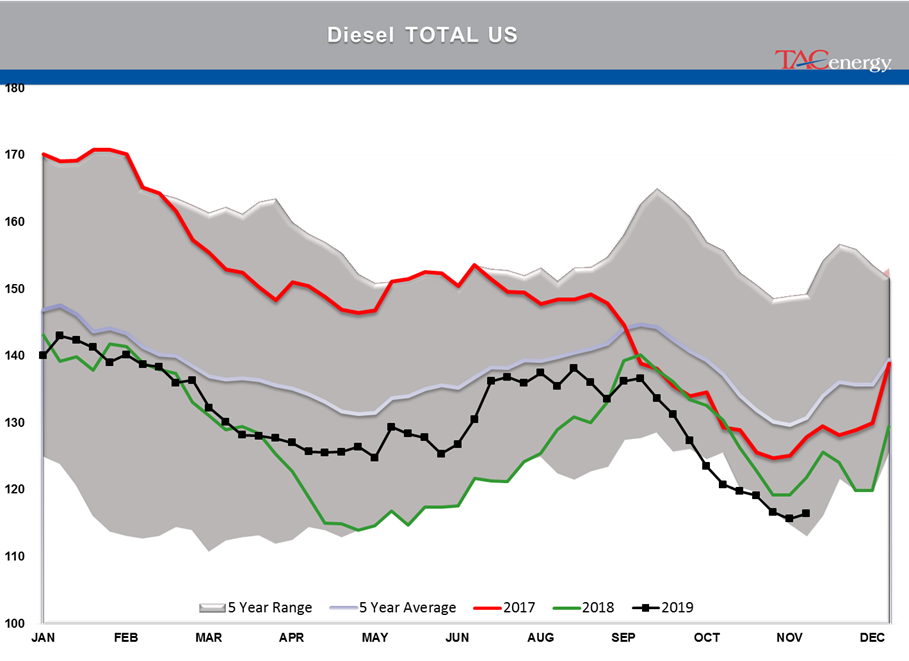