Wednesday’s bullish inventory report failed to sustain a rally for a second day as energy futures saw moderate selling yesterday. Gas and diesel prompt month futures were off over three and 1.5 cents per gallon respectively, while American crude oil shaved off nearly 50 cents per barrel.

Coronavirus concerns seem to be taking most of the blame for the selling, as the U.S. hit another high in confirmed cases in a single day yesterday. California, Texas, and Florida accounted for more than half of Thursday’s new cases.

It looks like the supply squeeze in ethanol’s Argo trading hub has ended. With demand down and production hitting four-month highs, ethanol spot prices have cratered over the past week, dropping over 25 cents from this year’s highs.

While it looked like WTI was going to make a break for it on the daily charts, Thursday’s price action pushed futures back into the sideways range we’ve been stuck in for the past month and a half. The rally we’ve seen in all three of the main petroleum futures contracts since late April seem to have lost steam this month, likely waiting to see what else 2020 has to throw at us before continuing its recovery or retracing. 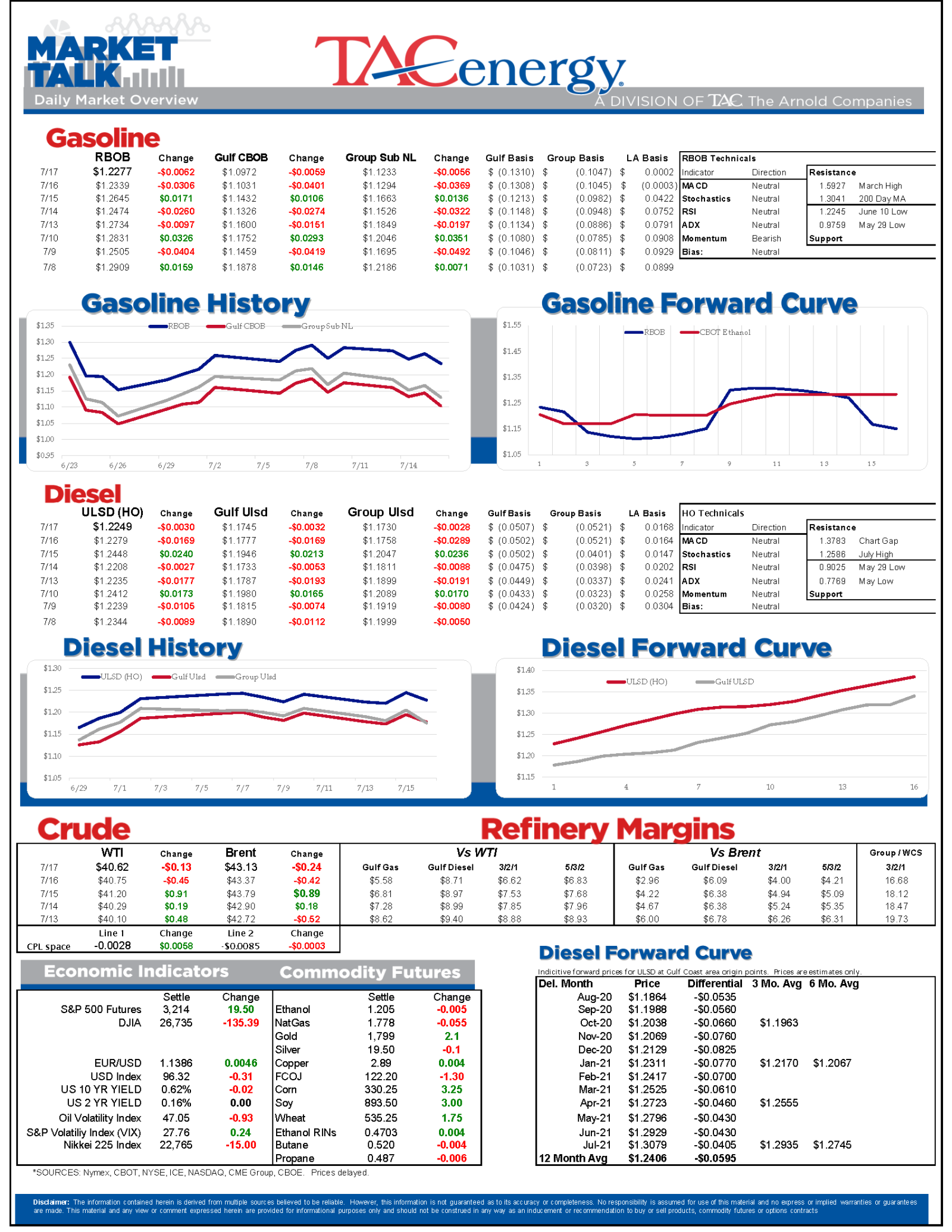 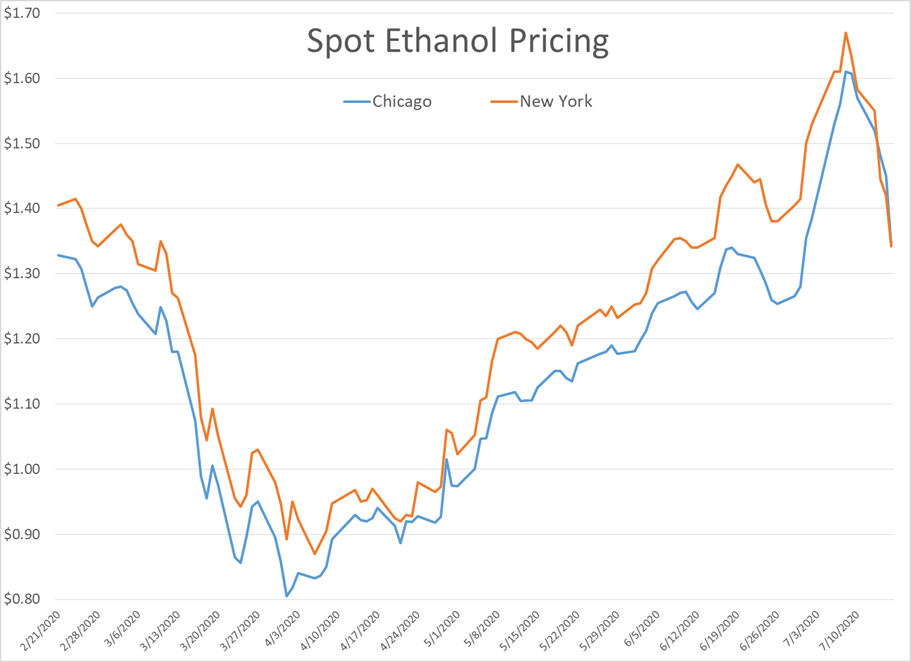