Bulls Own Control Of Energy Prices

The bulls have control of energy prices this week as Brent crude is making a run at $50, while WTI and ULSD futures are both threatening eight month highs, despite some of the most bearish inventory we’ve seen since the spring.

Yesterday’s DOE report showed the second largest weekly inventory build for U.S. crude oil stocks of the past 20 years, but after a few minutes of selling, the market resumed its slow and steady march higher, keeping the bullish trend intact. While the momentum clearly favors more upside near-term, as the market seems focused on where the economy should be next year rather than looking at the struggles it faces today, we’re approaching some critical technical resistance that will prove pivotal in the weeks to come.

The 15 million barrel build in crude oil stocks was shocking at first, but quickly shrugged off as an anomaly due to exports hitting a two year low last week, while imports surged by more than a million barrels a day, accounting for an 18 million increase in domestic stocks. Refinery rates were actually up, and trade flows are expected to normalize, suggesting this huge build will not last long. In addition, we’re approaching the 12/31 property tax deadline in TX, where a huge proportion of the country’s oil is stored, and companies will hold what they can off shore to avoid getting hit with extra taxes, so we may see a dramatic reversal in the import/export flows in the coming weeks.

Perhaps even more bearish than the crude oil build was the drop in demand for refined products, and the corresponding inventory builds. It’s not unusual to see gasoline stocks rise this time of year, but the pace of the increases, and the rapid demand destruction of the past two weeks, suggests we’ll soon reach another breaking point where refiners will be forced to make more rate cuts. Speaking of which, lost in the big headline builds, was a decline in U.S. refining capacity of 230mb/day, which dropped the country’s total to the lowest level in four years. This was the second decline of this size so far this year (the first was when the PES capacity was finally removed from the weekly report) and marks the biggest annual decline in over a decade. This decline is not over however as there are still several more plants scheduled to be taken out of service in the coming year.

Another parting shot in the political battle over oil drilling: The outgoing White House administration is opening up California oil leases for the first time in eight years. The question is, given the current price environment, and the Golden State’s war on refiners, will anyone be interested in buying? 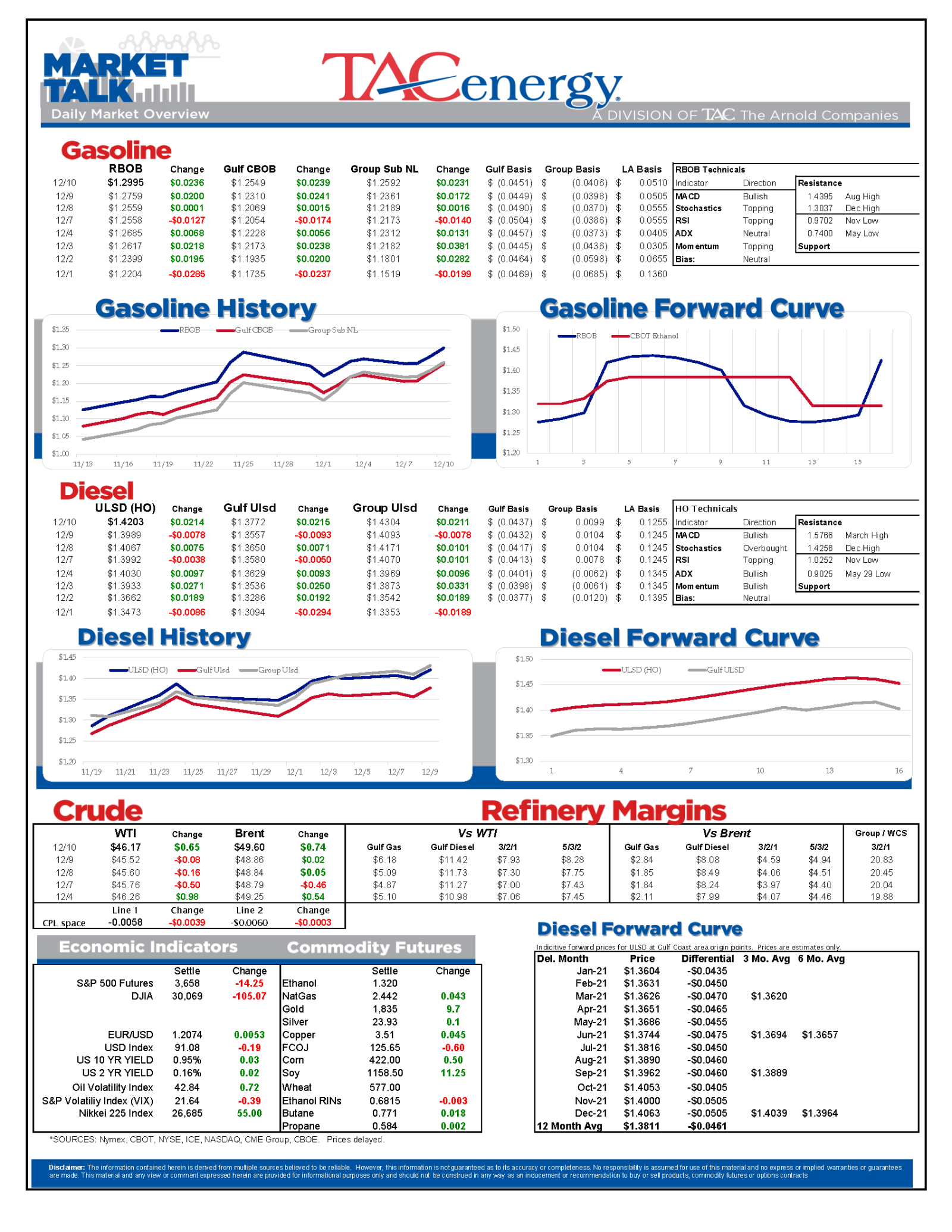 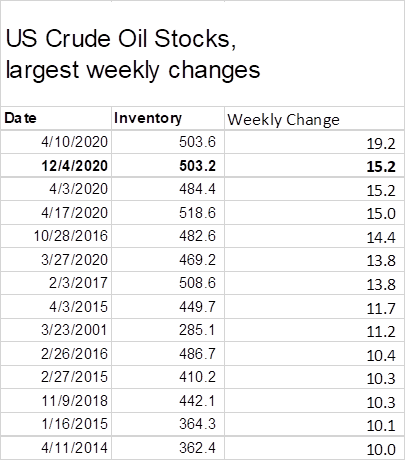 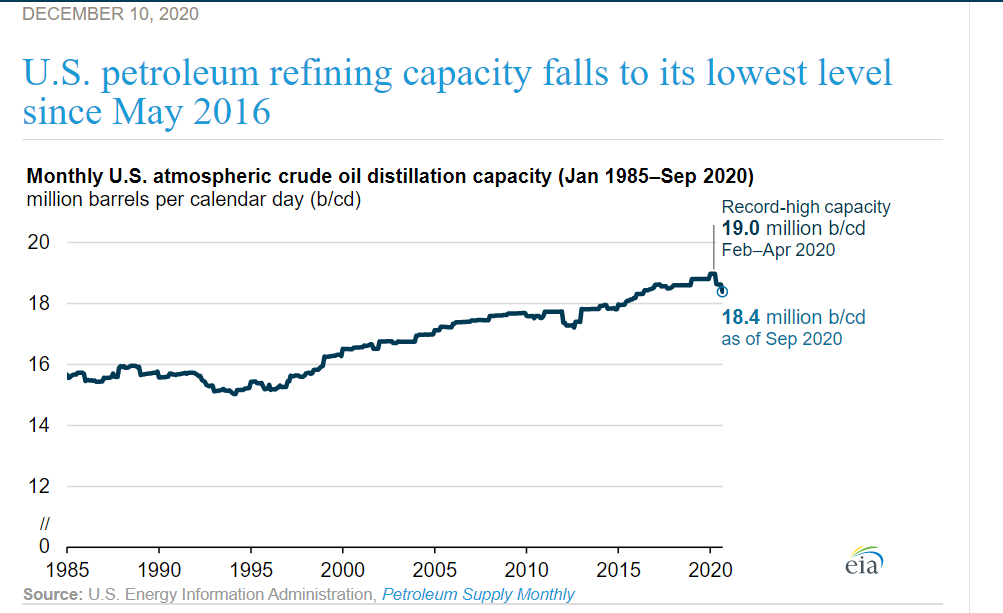