It’s a quiet start to the week, with most energy markets moving slightly lower on the day. The sideways trading patterns are still intact for most petroleum futures, with longer term charts favoring more downside this winter. Equity markets are pointed higher to start the week, with credit being given to increasing chances of a stimulus package being forced through congress this week.

China’s refinery runs dipped in September, but remained higher than a year ago and are close to the all-time highs set this summer. That sounds bullish on its own, but inventories are also rising, suggesting that supply is outkicking its coverage from the demand recovery, and will put downward pressure on product prices in the months to come. European refiners are getting squeezed by the increase in Asian refinery capacity, and their own climate laws that are forcing more plants out of business. Something to watch near term is if Brexit negotiations mean more gasoline from the UK will be forced to go to the U.S. to avoid tariffs from the EU.

Money managers trimmed their net length in WTI and RBOB contracts last week, but while adding some small positions in Brent and ULSD. Enthusiasm continues to be lacking in the money flows to energy contracts, as the outstanding positions for most categories of trader are much smaller than they’ve been in years past.

After 10 years, the CFTC finally passed a rule (which was required as part of the Dodd Frank regulations passed after the financial crisis) placing position limits on speculative positions in a variety of contracts in the energy, agriculture and metal markets. It’s no surprise that something that took a decade to agree on would be controversial, and reading the dissenting opinions of CFTC commissioners sheds light on the potential loopholes in the rule. With open interest already on the decline as the funds who tried to convince retail investors that oil futures were a safe investment are now limping towards the exits, it looks unlikely that we’ll notice anything different following the passing of the new rule.

Baker Hughes reported 12 more oil rigs were put to work last week, a fourth straight weekly increase, and the largest since January. The interesting part of the increase this week is that Utah and Wyoming – which had just one active oil rig between them last week – saw five new rigs put to work. It’s much less surprising that Texas had seven rigs added, although none of them were in the Permian.

Epsilon is expected to be named as a storm in the next day or two, with the NHC giving the system 100% odds of further development today. The storm is expected to stay offshore as it heads north past Bermuda, and should not approach the U.S. Coast, although some delays for vessel traffic along the East Coast could occur due to strong winds and some coastal flooding potential. The system in the Caribbean is still given just 20% odds of development.

A federal court ruled Friday that a default had occurred on PDVSA’s long-contested bonds, which were deemed valid and enforceable by the decision. That decision could ultimately force a sale of Citgo, which was used as collateral for the bonds, but the U.S. refinery is still protected by the U.S. treasury sanctions on Venezuela, at least through January. 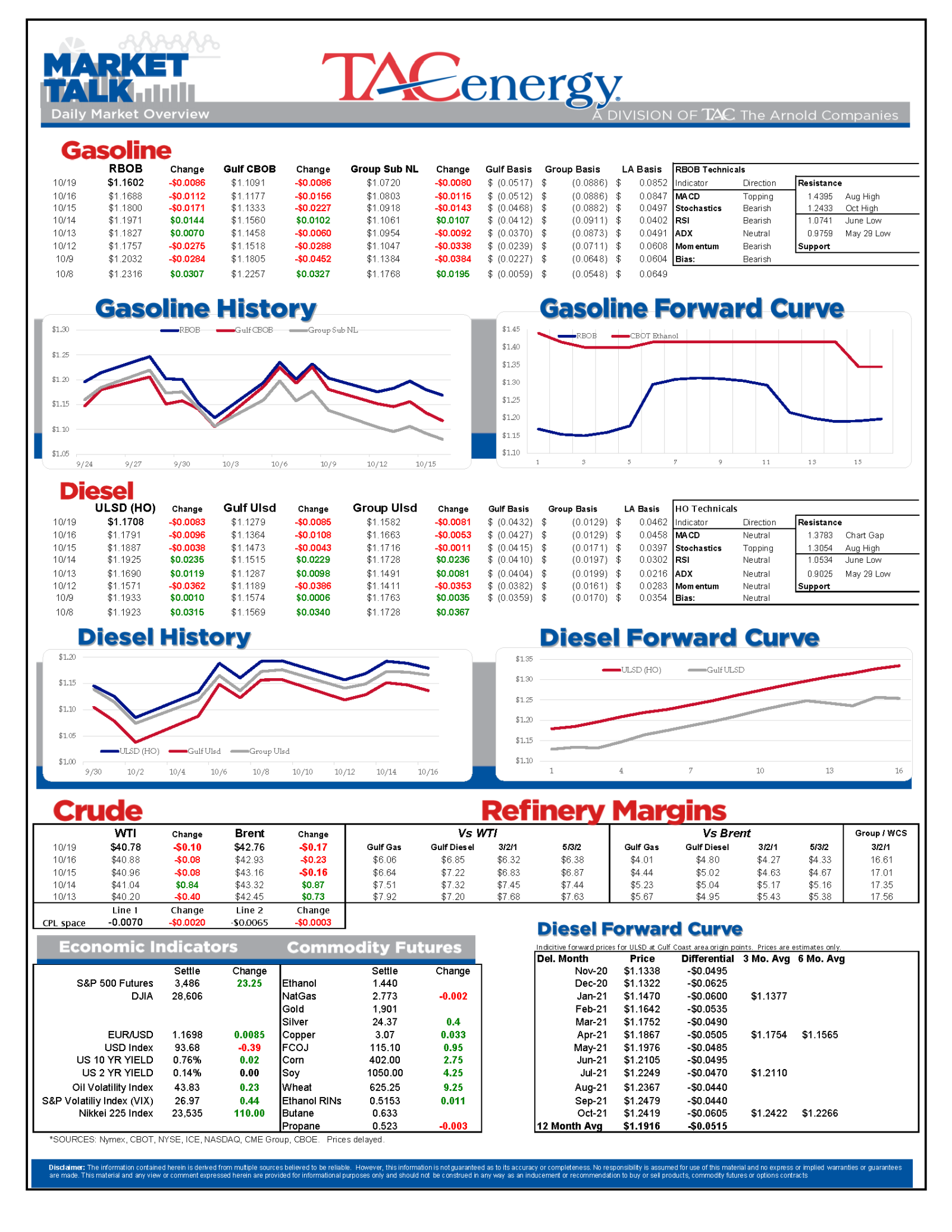 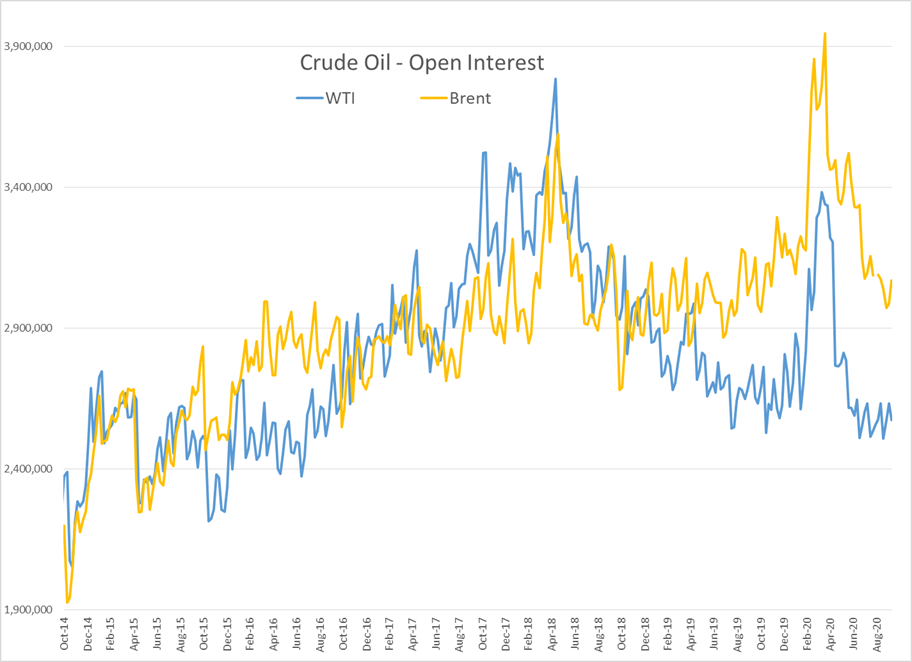 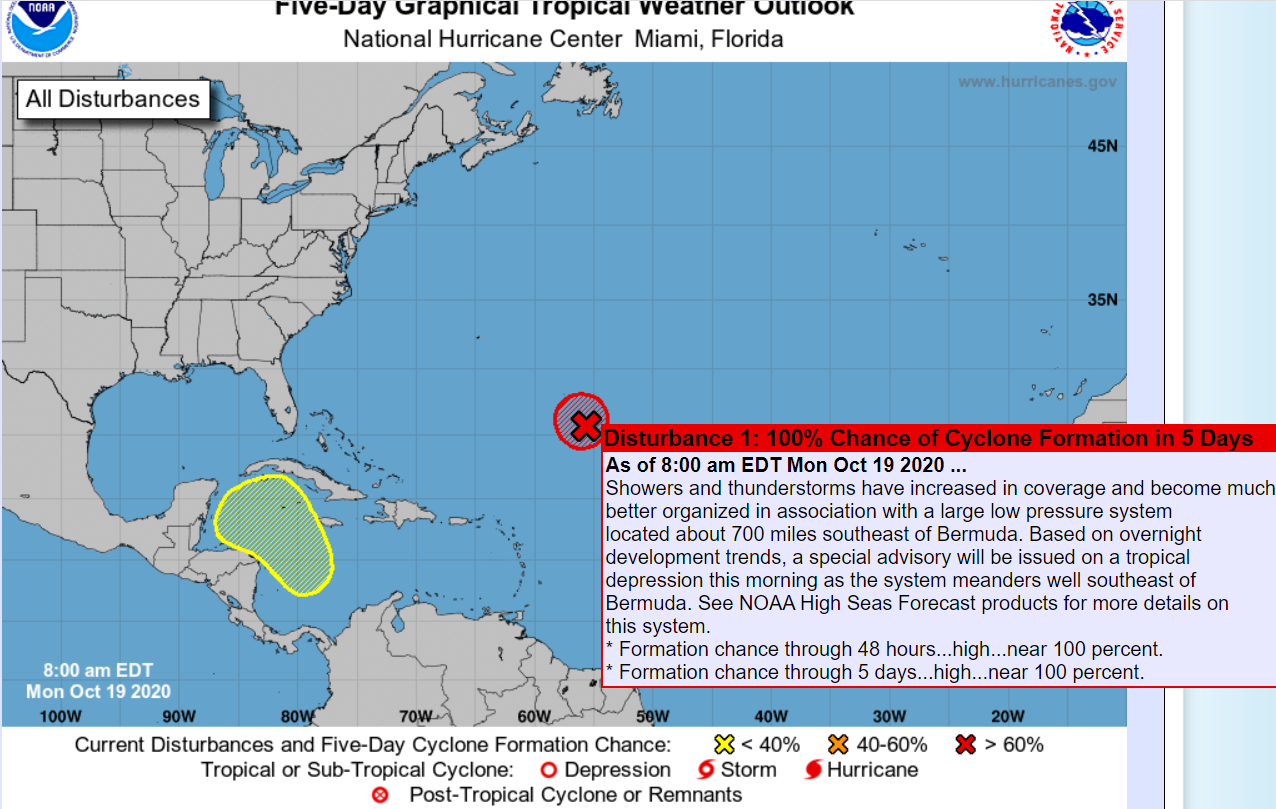