Chart support survived a big wave of selling to start the week, and petroleum prices are now moving higher as buyers (or more likely the algorithms they’ve programmed) gain more confidence that a price breakdown is unlikely in the near future. RBOB gasoline futures are up more than 20 cents from Monday’s low trade, and back in the July trading range. ULSD prices are up 15 cents from Tuesday’s low, but need to get back above the $3.55 mark to break the descending triangle pattern that still threatens to push prices to $3 in the coming weeks.

Early (and unofficial) reports from the OPEC & Friends meeting suggest the cartel will make a modest increase of 100,000 barrels/day to its quota in September. Oil and product prices actually moved higher following those rumors as the increase is the smallest on record for the cartel, and is essentially meaningless given that actual output has lagged behind the allowed quotas for the entire year.

The API reported a build in crude stocks of 2 million barrels last week, while refined products were estimated to have small declines of less than ½ million barrels each. Keep in mind the build in oil stocks includes the ongoing drawdown of oil from the SPR, and all else being equal, would equate to a nearly 5 million barrel decline in US stocks if those barrels weren’t being released. The EIA’s weekly status report is due out at its normal time of 9:30 central.

While the shortage of refining capacity to meet fuel demand in the Western hemisphere has been well documented this year, the EIA on Tuesday published a note highlighting 9 new refinery projects slated to come online in the next 18 months, that will add nearly 3% to global refining capacity…all of which are in Asia and the Middle East, which will further shift the global flow of oil and its various products.

While backwardation remains a major theme in global energy markets, for the first time in many months 2 US regions have actually slipped into a contango price curve for distillates.  Both Group 3 and Chicago ULSD prices are now trading higher for September delivery than they are for prompt barrels, which is a reflection of the lull in regional demand prior to the harvest season. This compilation of recent articles suggests you shouldn’t bet on this trend expanding to other markets. 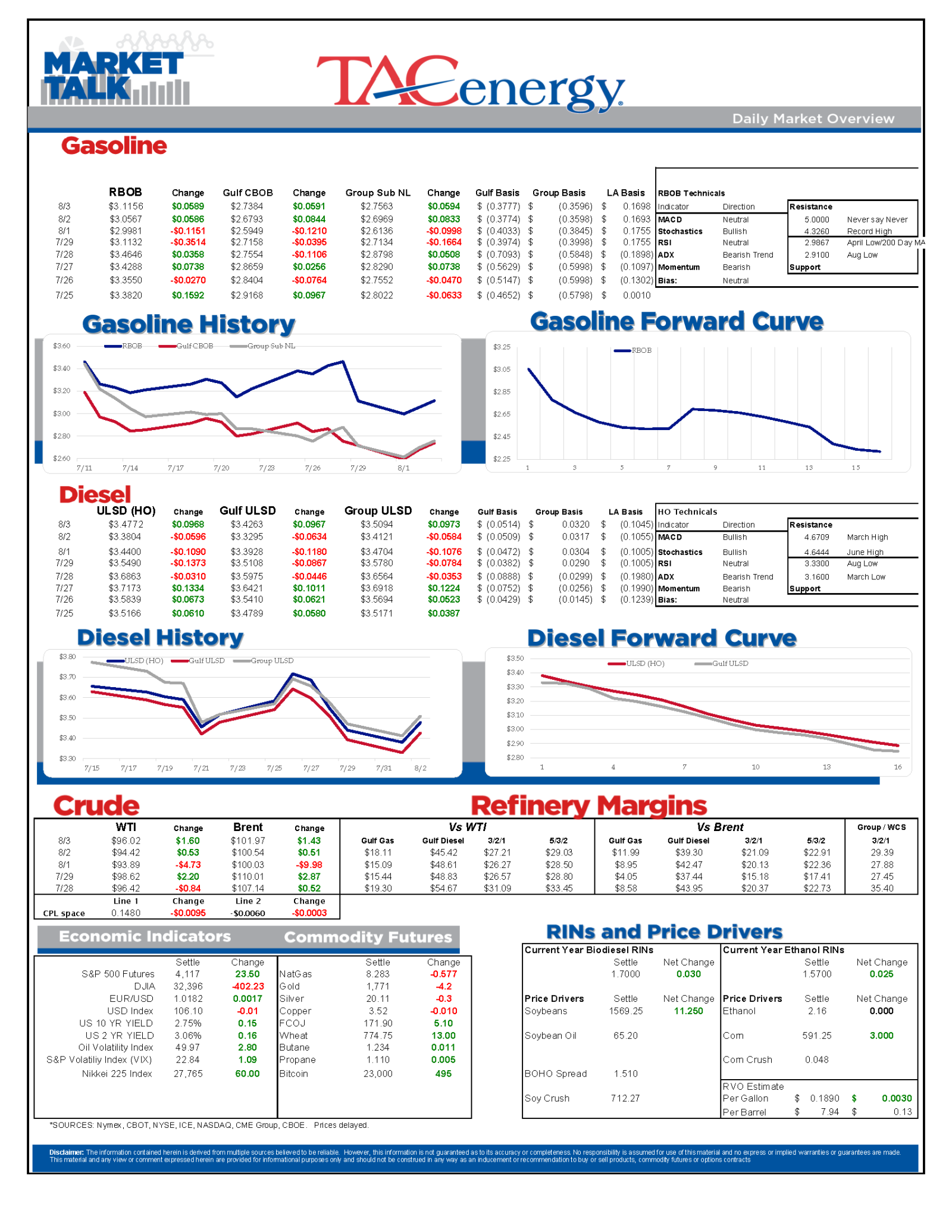 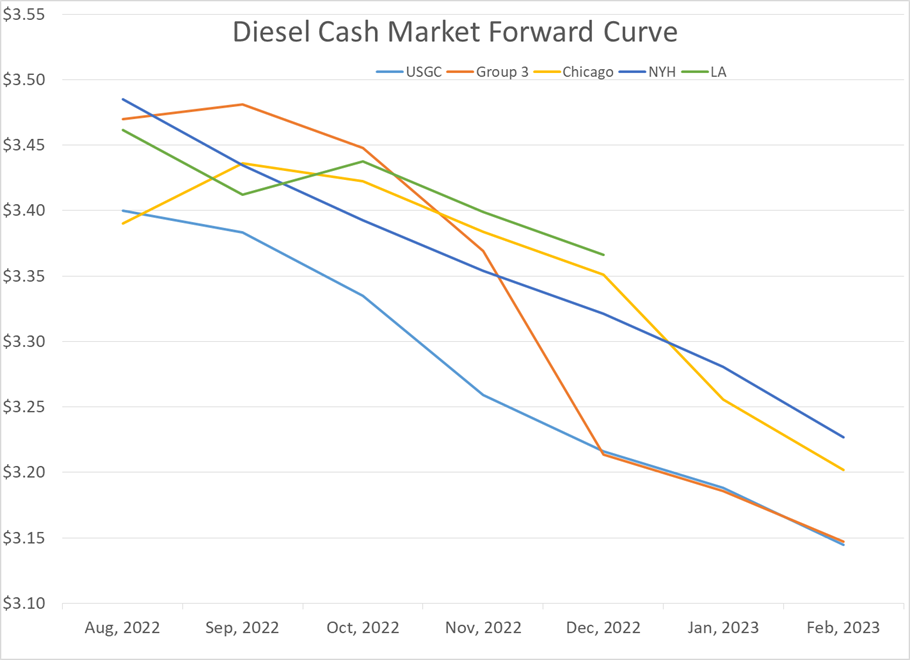