It’s a mixed bag again this morning with diesel hanging back while gas and crude oil futures enjoy moderate buying. Crude oil futures seem to be leading the way so far, showing gains of over one percent, prompt month RBOB is up only 0.4 percent while diesel sags -0.4 percent.

Hurricane warnings surrounding the New Orleans area have been relaxed to tropical storm warnings, as Sally shifts eastward, sparing the cluster of refineries on the Louisiana coast. Chevron has shuttered its 330,000 bbl/day Pascagoula refinery ahead of the storm’s projected landfall late Wednesday. No word yet from Shell’s Saraland refinery which also looks to be in Sally’s path.

The EPA has announced it will reject the majority of the remaining retroactive biofuel waivers that were pending review, leaving only those lucky few that received waivers in the past able to receive them going forward. Current year ethanol RIN prices were up around 2.5 cents after the ruling.

We are seeing some buying this morning despite the International Energy Agency’s revised demand estimates. The IEA slashed its anticipated global oil demand growth by 8.5 million barrels per day in its monthly report published yesterday. Despite marked improvements in the handling and control of the COVID-19 virus, some think we haven’t seen the entirety of its market impact. 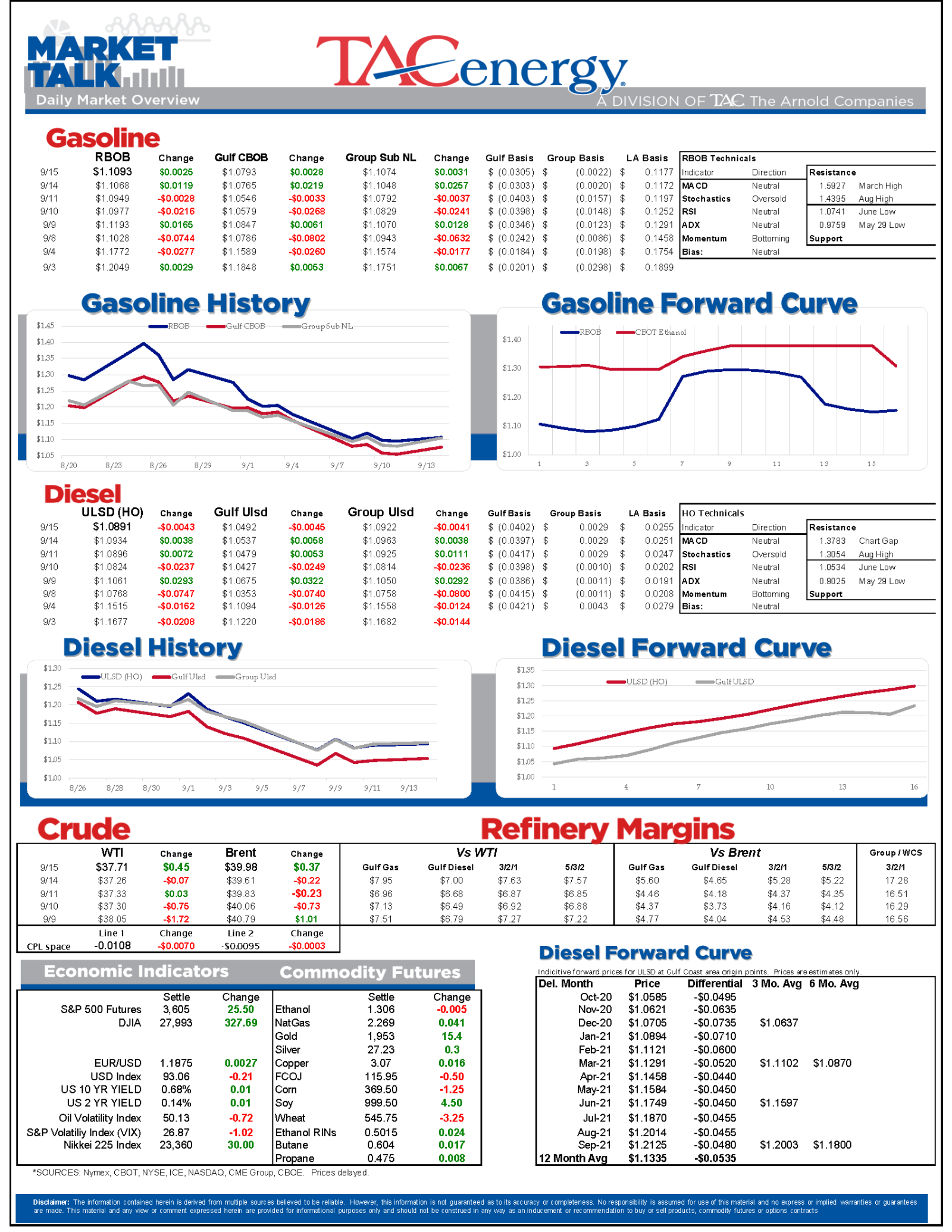 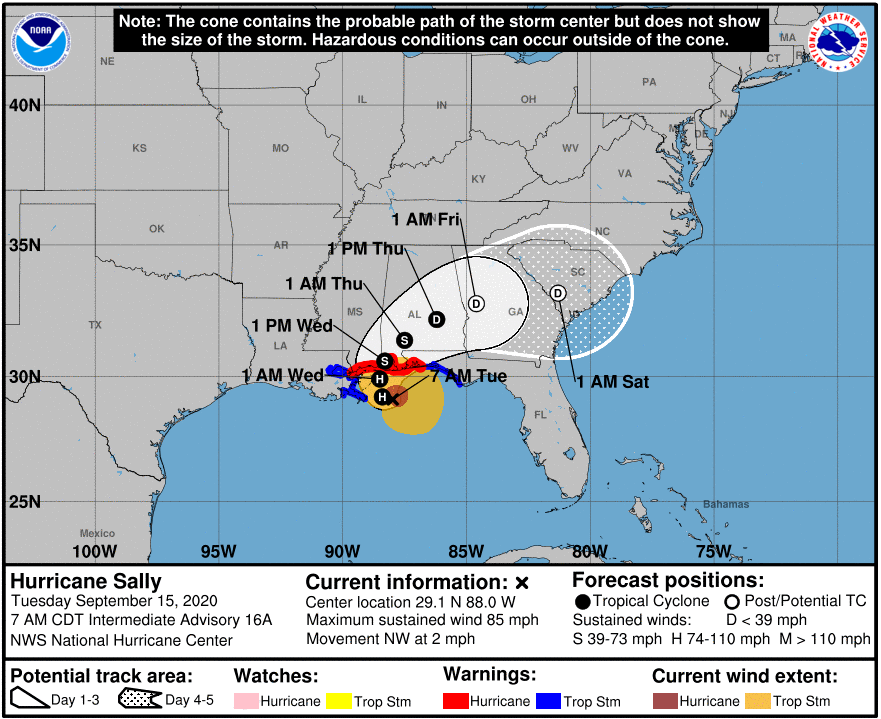 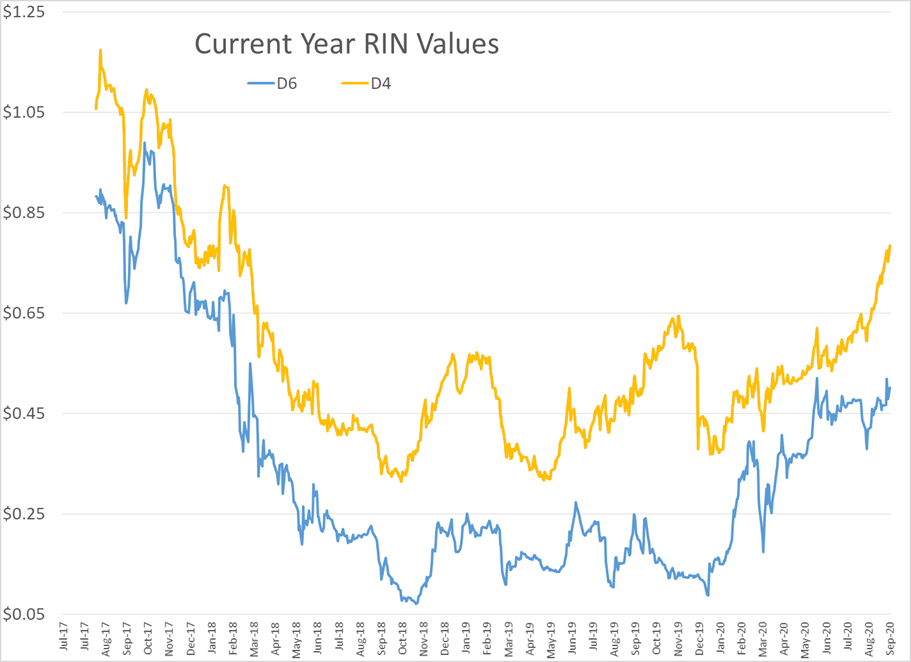