Choppy But Relatively Quiet Start To The Week For Energy Futures

It’s been a choppy but relatively quiet start to the week for energy futures, with refined products seeing a rally attempt overnight turn into modest losses earlier this morning, only to move back to small gains around 7:30 am central. While a 4-5 cent range overnight may raise eyebrows at times, it’s actually much less volatile than we’ve been experiencing over the past two weeks, as the Omicron fears seem to have been largely removed from the market even as its spread continues.

The back half of December is notorious for a lack of volume, which can create both some wild price swings if anything interesting happens, and a general lack of movement if not, as most people focus on finishing up Christmas shopping, and thinking about what might be coming in 2022, and less about what’s going on today.

Refined products still need to add about a nickel to break the downward sloping trend on the weekly charts that started back in October. If they fail, we may see one of the strongest years ever for energy prices end on a weak note.

No reports yet of damage to supply infrastructure in the path of the devastating tornado outbreak this weekend, although the Wood River and Robinson IL Plants were both in the vicinity.  The country’s largest refinery in Pt. Arthur Texas meanwhile was forced to shut several units Sunday due to a loss of power. The lack of price reaction to that news suggests the disruption from that downtime is minimal, or that there’s not much focus on near term fundamentals.

Money managers continued to liquidate length held in Brent, RBOB and Gasoil contracts last week, but were tip toeing back into WTI positions after the huge Black Friday liquidation.   There was a large amount of short covering in refined product contracts last week, suggesting those that had been betting on a big price drop were content to take their winnings and move on after prices reached 3 month lows to start December.

Baker Hughes reported a net increase of 4 oil rigs drilling in the US last week, marking a 5th straight week of increases. The Permian basin accounted for 3 of those rigs, with gains split between Texas and New Mexico.  Year on year the total US rig count is up 213 total rigs, but still 214 below this time in 2019. 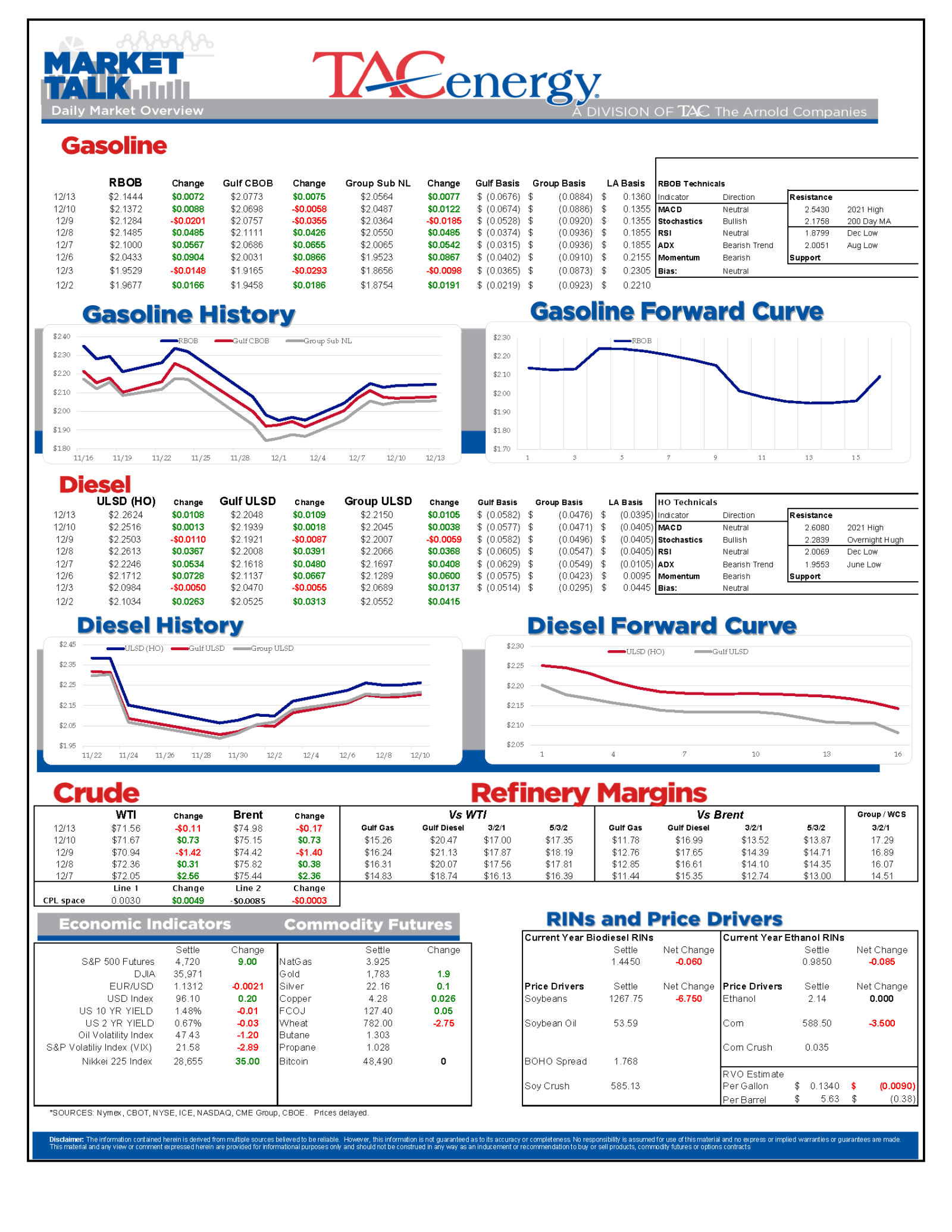 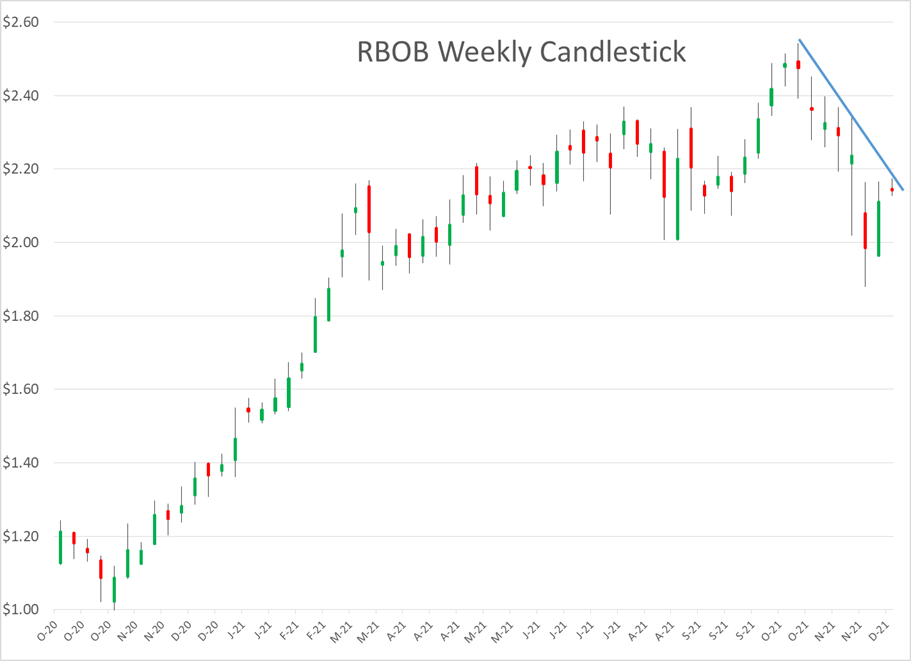 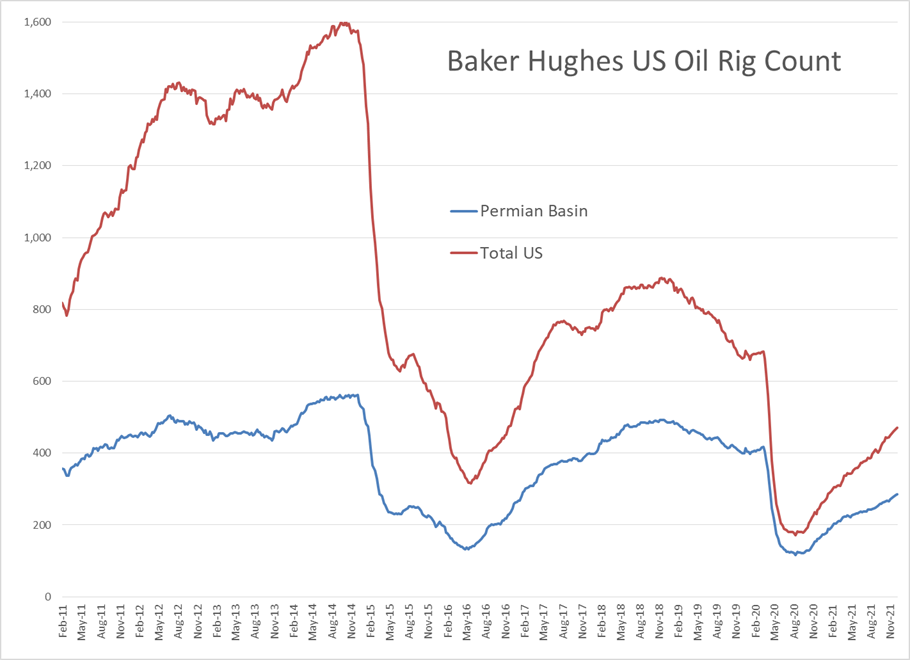