Choppy Morning For Energy Prices, But The Volatility Continues To Slowly Diminish

It’s been another choppy morning for energy prices, but the volatility continues to slowly diminish, with “only” 10-12 cent price swings for refined products, compared to the 30-50 cent swings we got used to seeing in March.

So far the biggest story of the day is that Natural gas continues to flow from Russia to Europe despite threats to cut off supplies today for countries that wouldn’t pay in Rubles. An apparent loophole in the Russian ruble rule may allow both sides to keep those supplies moving, without “giving in” to the other, which seems to be helping alleviate some concerns of an immediate supply shortage.

Yesterday’s big news was the biggest planned release of US strategic petroleum reserves on record, after OPEC & Russia signaled they were not changing their supply plans despite pleading from the US and other nations.

While the long term impact of this SPR release (which accounts for less than 2 days’ worth of global demand) is debatable, it has certainly taken some of the backwardation out of the forward curve, and may become one of the regulatory arbitrage deals in history for buyers capable of utilizing that crude today and paying it back later at much lower prices.

That’s not a joke. The first day of April trading brings with it the first day of May ULSD as the prompt diesel contract, and it opened up trading some 35 cents below where the April futures contract ended. What does that mean for you? If you’re looking at a continuous chart you may see a huge drop in futures prices, but in reality, your cash prices are pointing to a 4 cent gain at the moment.

While the world worries about how they’ll replace energy supplies, Russia is struggling to cope with simultaneous inventory excesses and shortages within its borders. More Russian refineries are signaling that they’ll be forced to cut run rates due to a lack of storage as their buyers have disappeared, leading to the biggest drop in output on record in that country. On the other hand, Russia’s military continues to grapple with a lack of fuel supply, which is probably going to get worse after a Rosneft fuel terminal just 40 miles from the Ukraine border was reportedly attacked.

March was another strong month for job growth in the US, according to the estimate just released another 431,000 positions were added, and the February and March estimates were revised even higher by a combined 95,000. That strength helped lower both the headline and U-6 unemployment rates to pre-pandemic levels of 3.6% and 6.9% respectively. Equity markets did not react in a big way to that report, but energy futures did seem to find a bid just after its release. 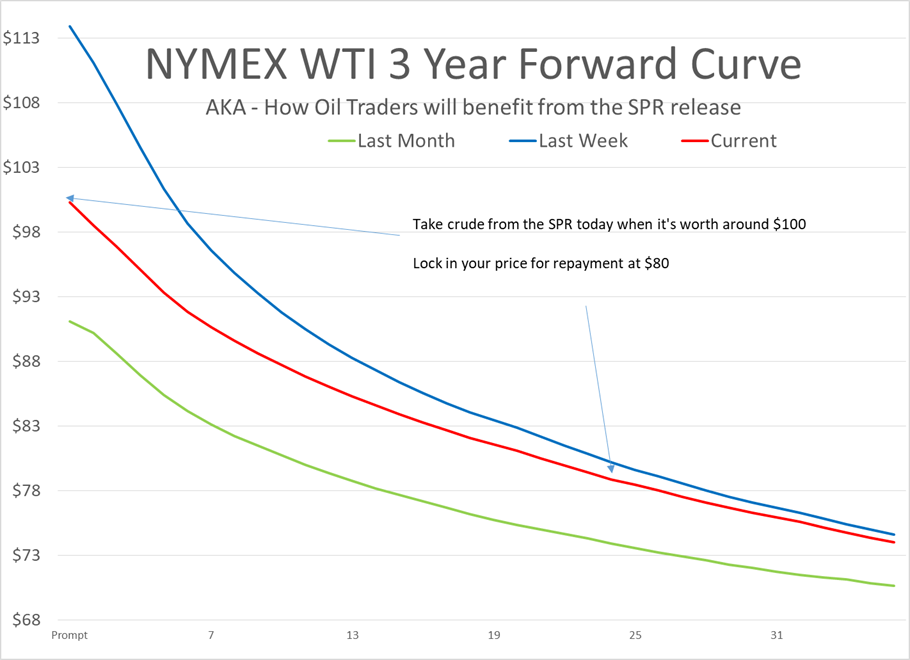