Energy prices broke out of their month-long trading range Wednesday, and as is often the case when this happens, there’s a coiled spring effect that helps propel prices sharply higher once that range finally breaks. Bullish demand estimates took much of the credit for the rally that picked up strength following the DOE’s weekly report, and was able to sustain itself in spite of a pull-back in equity markets.

This is no runaway rally however as prices have pulled back modestly overnight (once again moving in the opposite direction of U.S. equity markets) setting up a big test for prices to end the week. If we stay above the range, there’s room to run another 10-12 cents higher in the back half of the month, but if we see a selloff the next two days, then Wednesday’s action looks like a bull trap.

The DOE report also showed a 243,000 barrel/day decline in refining capacity as some of the plants that closed down or converted production last year started making their way into the official numbers. The total decline from this time last year is 831,000 barrels/day, or just under 4.4%, with more declines expected in the months to come, marking the biggest declines in 40 years for U.S. refining capacity.

Ethanol prices continue to reach multi-year highs this week, benefitting from both the rally in gasoline prices and in corn, which trading north of $6/bushel overnight for the first time since 2013.

Today’s interesting read: Why a century-old technology is making a big comeback to improve power storage. For Texans wondering what might come next with the state’s energy grid, just think of what could be done with the thousands of man-made “lakes” scattered across the state.

Speaking of century old ideas: Read the WSJ’s take on the new Presidential tax plan that will remove incentives for oil and gas exploration that date back 100 years, and why one study suggests it won’t have a major impact on output.

A shortage of truck drivers that had been impacting many industries for years has grown to crisis levels in some areas as the economy picks back up. Yesterday, industry groups sent a letter to the House & Senate transportation committees urging them to act to help alleviate this shortage, with a first step of allowing drivers younger than 21 to operate vehicles across state lines.

Click here to download a PDF of today's TACenergy Market Talk, including all charts from the DOE weekly status report. 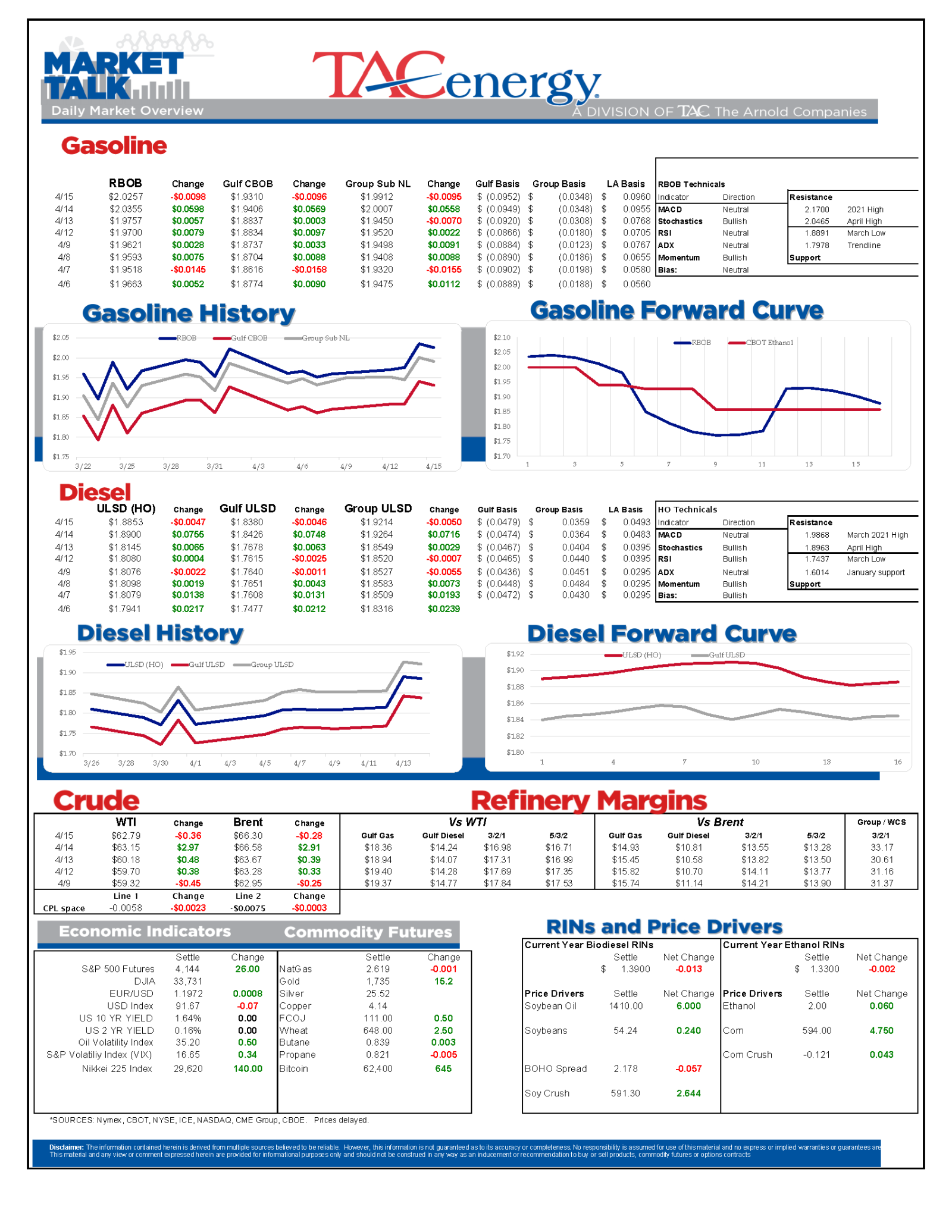