The DOE’s weekly inventory report threw cold water on the petroleum price rally Wednesday, knocking prices backward after they’d reached multi-year highs earlier that morning. Huge drops in demand estimates created large builds in refined product inventories, and suggested that the reopening rally may be outkicking its coverage. Then again, despite the pullback, the upward sloping trend lines have not yet been threatened, and prices have resumed their push higher already this morning, so it’s too soon to say the bulls have lost control.

Gasoline demand estimates dropped sharply last week, falling almost to the same level we saw a year ago when the country was just beginning to talk about reopening. The bulls can easily write off this drop as a temporary holiday hangover as drivers filled up ahead of Memorial Day (or may still be using up that gasoline in their Rubbermaid containers after the Colonial shutdown) and there are signs on the ground that retail demand has been healthy to start June. Diesel saw a second straight week of large demand declines, in what is typically one of its weakest times of the year.

U.S. refinery runs jumped to 15.9 million barrels/day last week, the highest level since COVID started shutting down the country in March of last year. That is still more than one million barrels/day less than we would normally see this time of year when refiners typically start approaching maximum run rates to meet the peak summer demand. On a percentage basis, refineries are operating at 91% of capacity, compared to normal levels around 94% this time of year. Then again, we saw nearly 5% of the country’s capacity taken permanently offline in the past year, so there’s nearly 40 million gallons/day of production that isn’t coming back, making that % comparison less meaningful, and leaving the system more vulnerable to disruption.

Speaking of which, the DOE this morning took a look at the surge in refined product imports this March, following the rash of refinery shutdowns in the U.S. caused by February’s polar plunge. 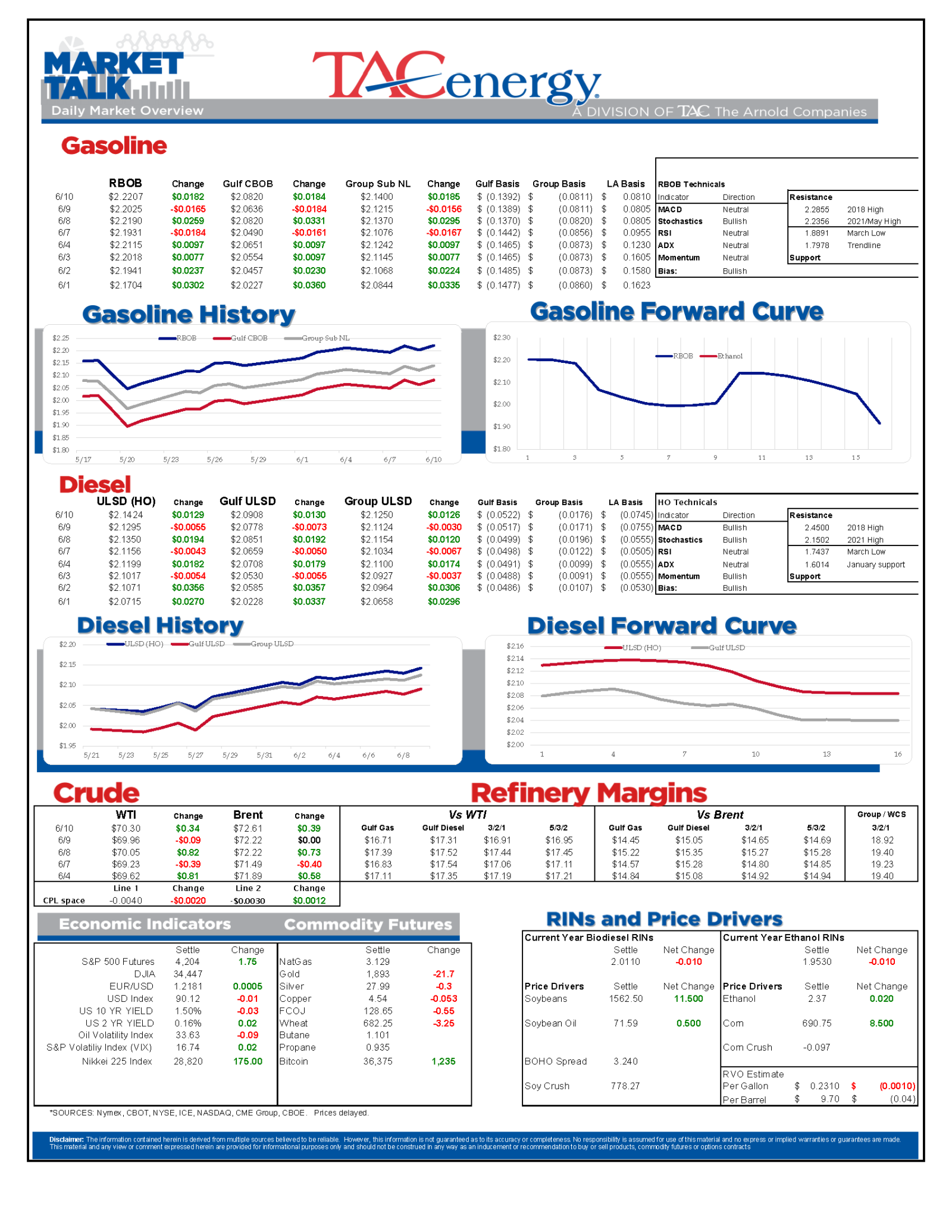