Gasoline futures rallied nearly a nickel overnight after reports that Colonial Pipeline was forced to shut its main gasoline line due to a product spill near Huntersville, North Carolina, a suburb of Charlotte. It’s not yet clear what caused the spill, or how long repairs will take, although reports suggest the issue will take multiple days to resolve. RBOB futures have since pulled back to gains of less than a penny, as it seems the excess inventory and reduced demand are acting as a buffer to prices – unlike the last time Colonial was forced to shut line 1 back in 2016.

If repairs take more than a few days however, expect immediate shortages of product all along the south-eastern U.S. and mid-Atlantic states, as there simply is no way to efficiently replace deliveries from the largest pipeline system in the country. The longer the shutdown lasts, expect to see more downward pressure on USGC gasoline basis values, as pipeline buyers will not be able to ship products, forcing sellers to reduce offers to find a new home.

Meanwhile, West Coast gasoline basis values rallied to their highest levels in three-months last week following reports of unplanned refinery issues. While the rally has pushed West Coast values to their comfortable position as the most expensive in the country, the premiums are fairly pedestrian compared to what we’ve seen in previous years, thanks again to the buffer effect of ample supply and reduced demand.

Baker Hughes reported four more oil rigs were taken out of service last week, bringing the combined U.S. oil and gas drilling rig count to a fresh record low for the 33+ years they’ve been publishing this data. Once again, it was the Permian basin that accounted for the entire reduction, although this week the reduction came from the Texas side of the basin, while last week New Mexico had the drop.

Ethanol prices surged last week as damage assessments from the major Derecho storm that went largely unreported (it’s not a hurricane after all, even if it did have 100 mph winds) estimate that more than 37 million acres of crops were negatively impacted. Despite the sharp rally, ethanol prices remain some 25 cents below their early July peak, as overall inventory levels seem to be ample given depressed demand. Are you noticing a theme today?

Perhaps that explains why money managers continue to only make minor moves in their wagers on petroleum products as the market simply feels sluggish, taking some of the perception of reward out of the risk/reward equation. Large funds made small reductions in their WTI holdings last week, while making small increases on bets in RBOB, HO and Brent. 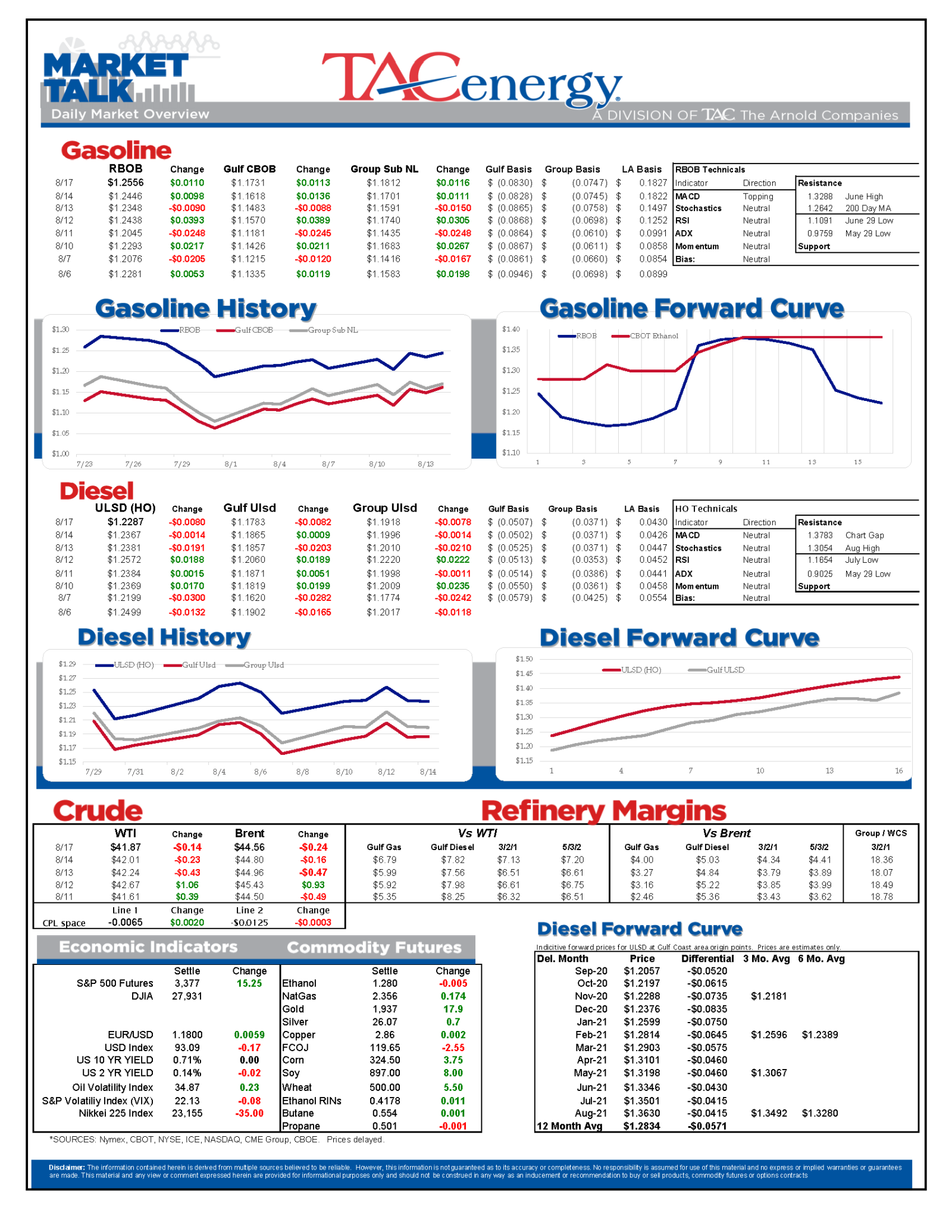 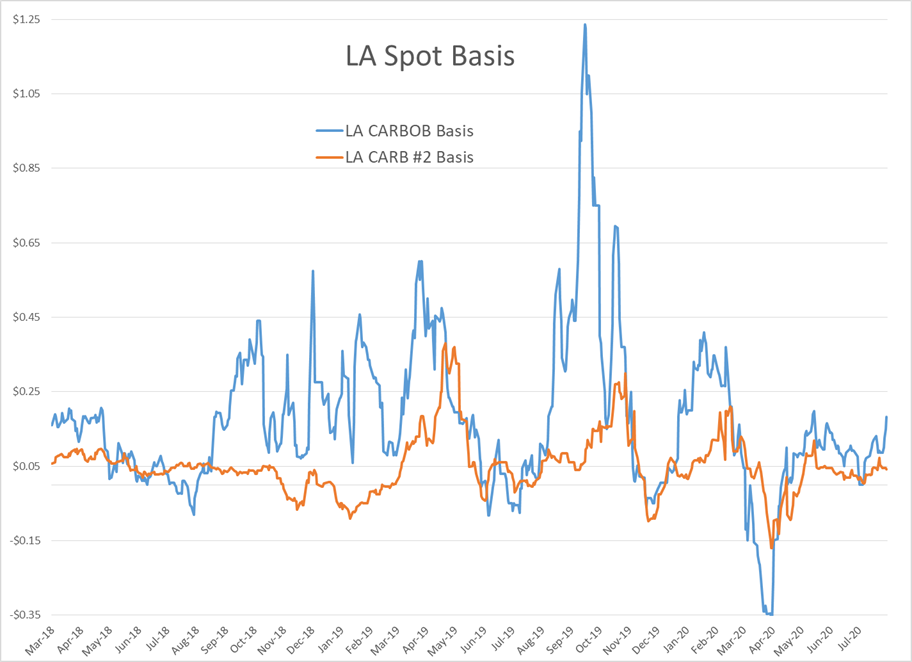 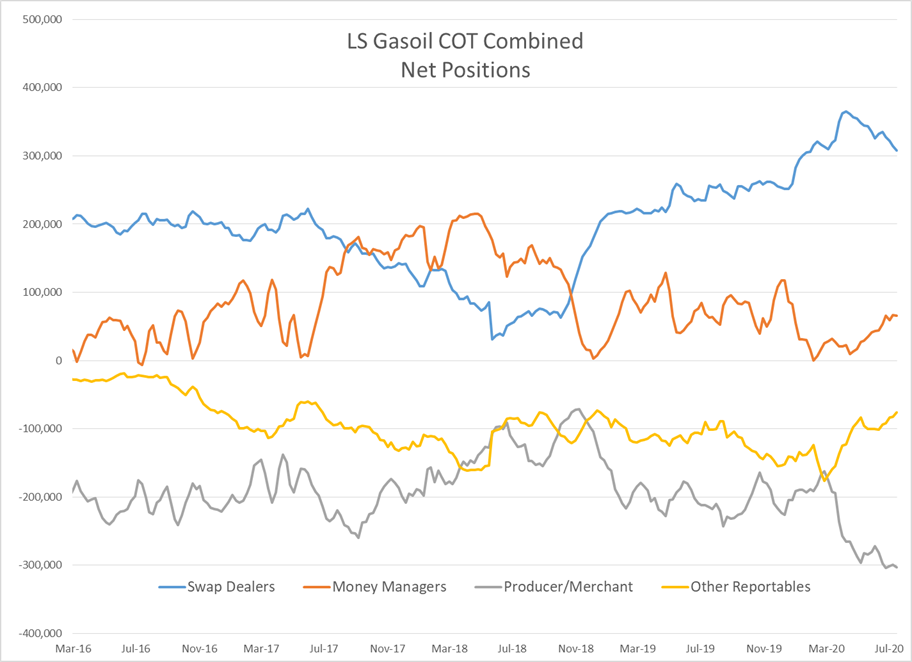