Energy futures are slipping for a 3rd straight day, but are not threatening Friday’s low trades, as the complex continues to move sideways, languishing through the winter doldrums stuck in technical-trading purgatory.

The API was said to show inventory builds across the board last week, albeit relatively minor in size. Crude oil stocks were reported to increase about 2.5 million barrels, gasoline inventories were up 1.7 million, while diesel stocks increased by around 140,000 barrels.

The EIA’s version of weekly stats is due out at its regular time. Last week’s big number was the large drop in refinery run rates. With numerous unplanned outages reported since that time, there could be another large decline today. In addition to the weather-related events of the past week, there are reports the multiple refineries in the midcontinent may be moving up their maintenance schedules previously planned for later in 2019, betting that it’s better to shut units now when margins are soft, than later in the year when many expect a prices could surge as the 2020 IMO deadline approaches.

There are still more questions than answers on how the chaos in Venezuela will play out. The story of the past 24 hours has been the count of oil tankers idling off the coast, stranded by the uncertainty.

Several reports are claiming that OPEC is attempting to formalize its cooperation with Russia and the other oil producing countries that have come to terms on production cuts to prop up prices over the past 2 years. At this point, it appears that the Russians aren’t cooperating. Shocking.

The CFTC issued the 2nd “catch up” commitments of traders report Tuesday, showing that money managers (aka hedge funds, aka large speculators) were still cautious about betting on oil and refined products in the last week of 2018. Considering the meltdown they’d just lived through on Christmas eve, it’s hard to blame them. Then again, based on the price rally, and 4 straight weeks of new speculative length additions in Brent that we’ve seen, it seems like a foregone conclusion that the adrenaline junkies who are “managing” money have increased their bets in 2019.

One other item to watch in the COT reports: Swap positions (a proxy for producer hedging in WTI) reached a 15 month low at year-end. There have been concerns that hedge funds leaving the oil market may make forward hedging more challenging for producers, and that’s one place we should be able to figure out whether or not that’s true. 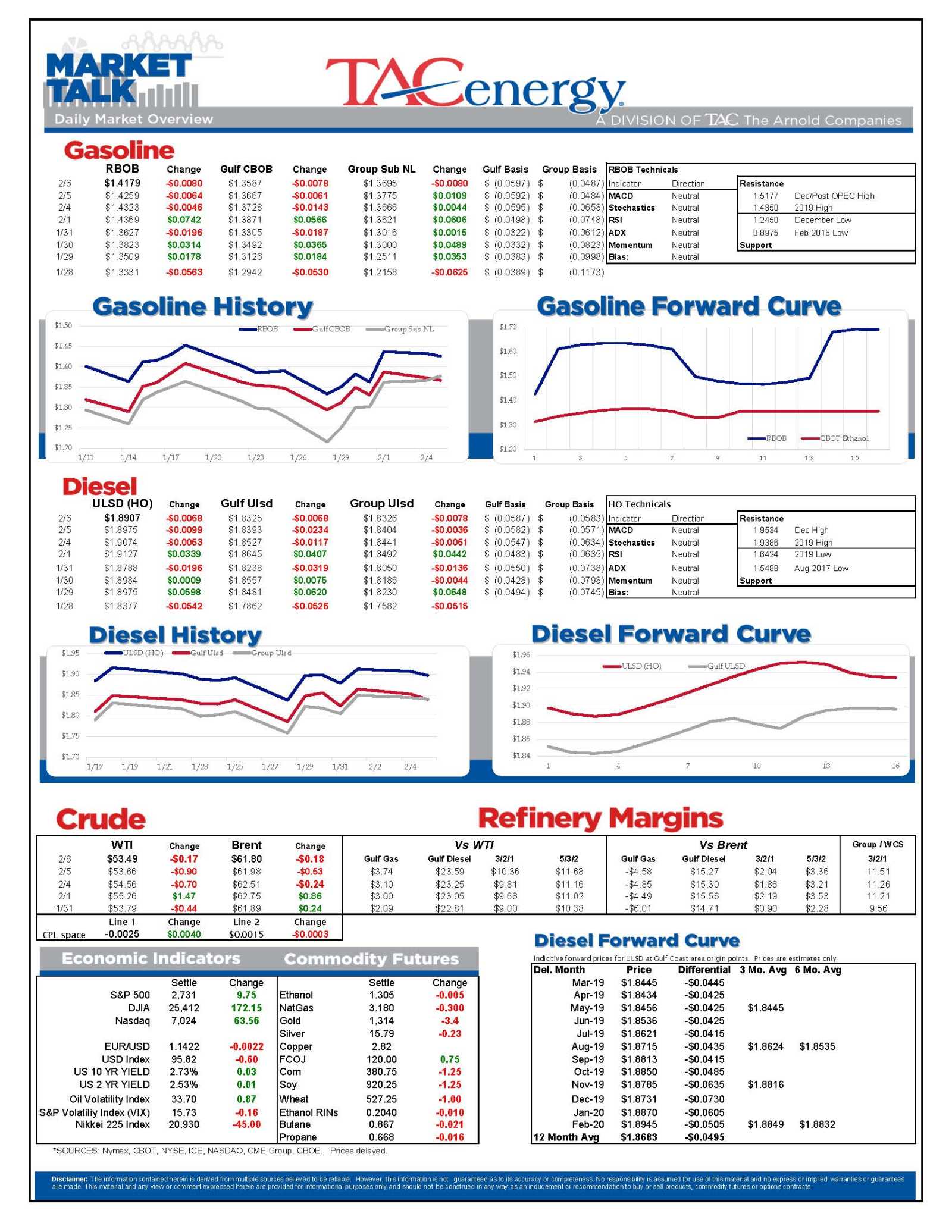 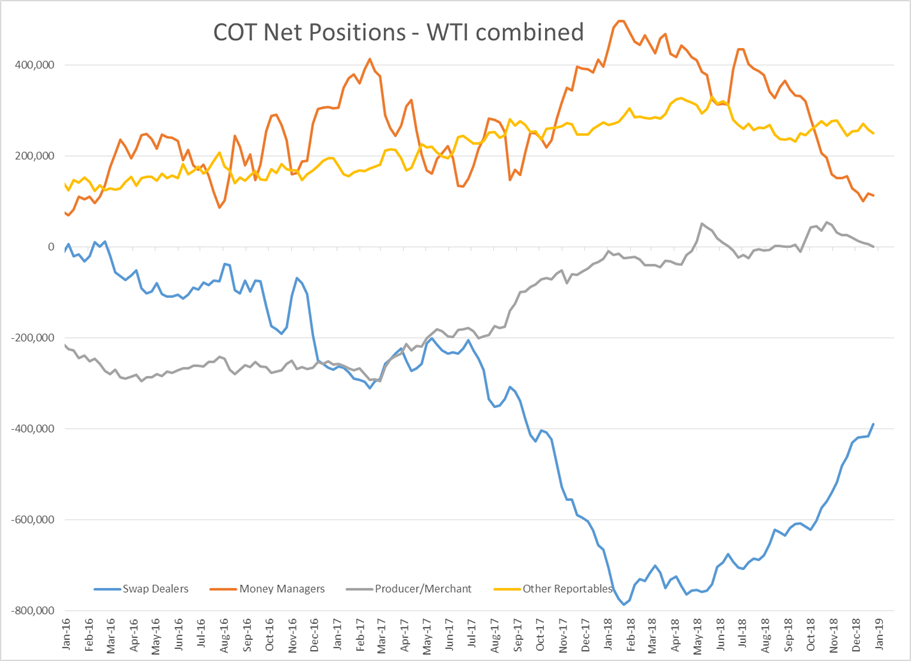 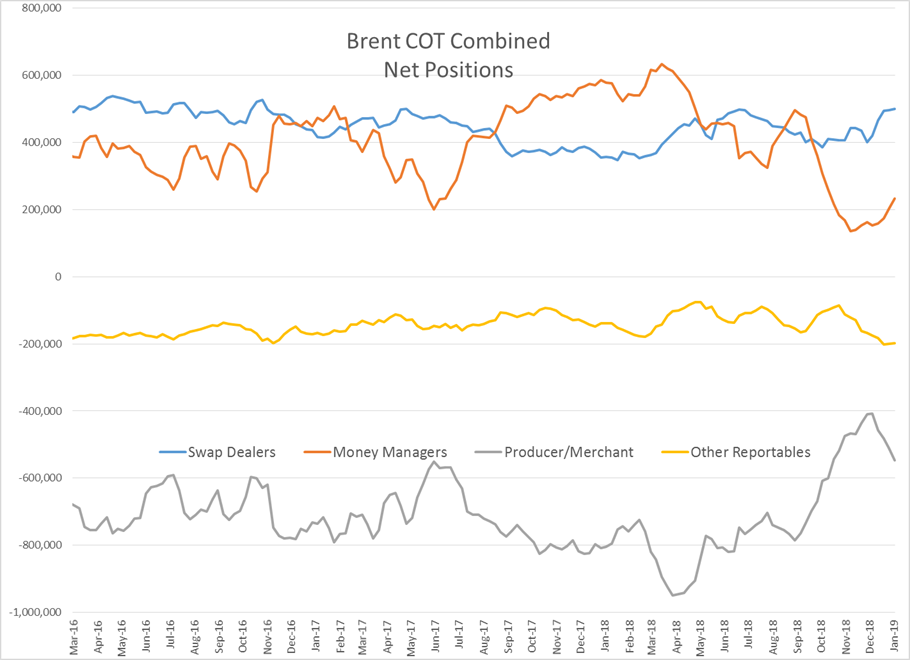