Another day, another 20 cent drop for gasoline prices as the highly unusual becomes commonplace while the world deals with the coronavirus fallout.

Fear is ruling the trading day after an optimistic Friday finish, and in spite of the Fed announcing a 100 point cut in interest rates, along with other liquidity injections, some coordinated with other central banks, and assurances from the government that they would be taking action to limit the economic harm done by the attempts to limit the outbreak.

RBOB gasoline futures reached an all-time low (the contract started trading in 2005) overnight, trading at $.6778/gallon, nearly 11 cents below the previous low record set in the panic of 2008.

While the panic continues in futures markets, the physical reality is much different with numerous regional markets around the US facing tight supplies as a combination of heavy refinery maintenance, RVP transition, and in some cases a spike in demand as people prepare to self-quarantine. The concern remains that the short term shortage will turn to long-term excess if drivers stay off the road in the coming weeks.

So far the fear has been primarily focused on demand, but after a worker at the largest refinery on the West Coast tested positive for the disease, doubts about supply reliability cannot be ignored. A Reuters article highlights the steps being taken by major oil companies to continue operating through the crisis.

Baker Hughes reported an increase of one oil rig working in the U.S. last week. While the decision to put that rig to work was likely made months ago, it does look particularly optimistic at this point. 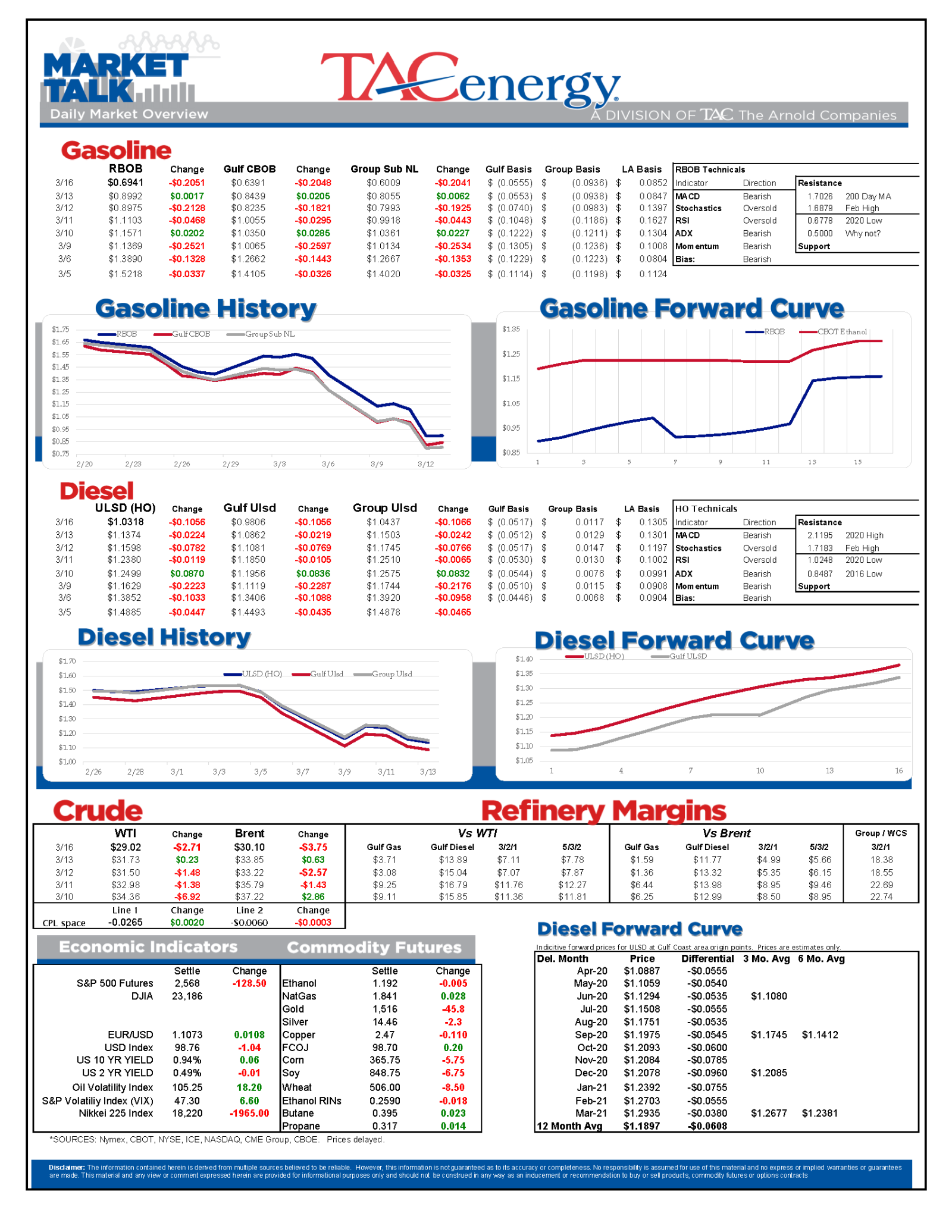 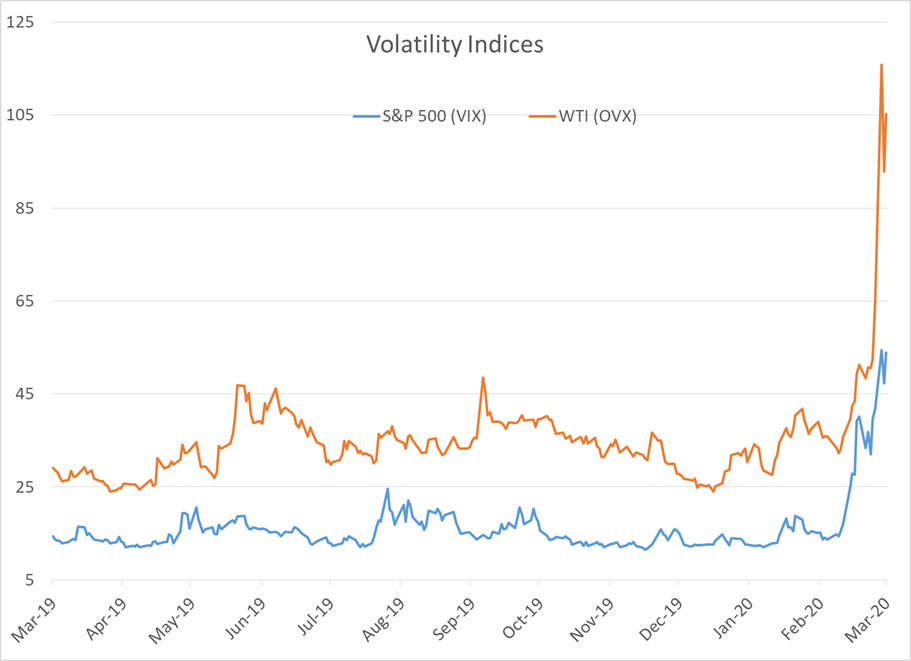 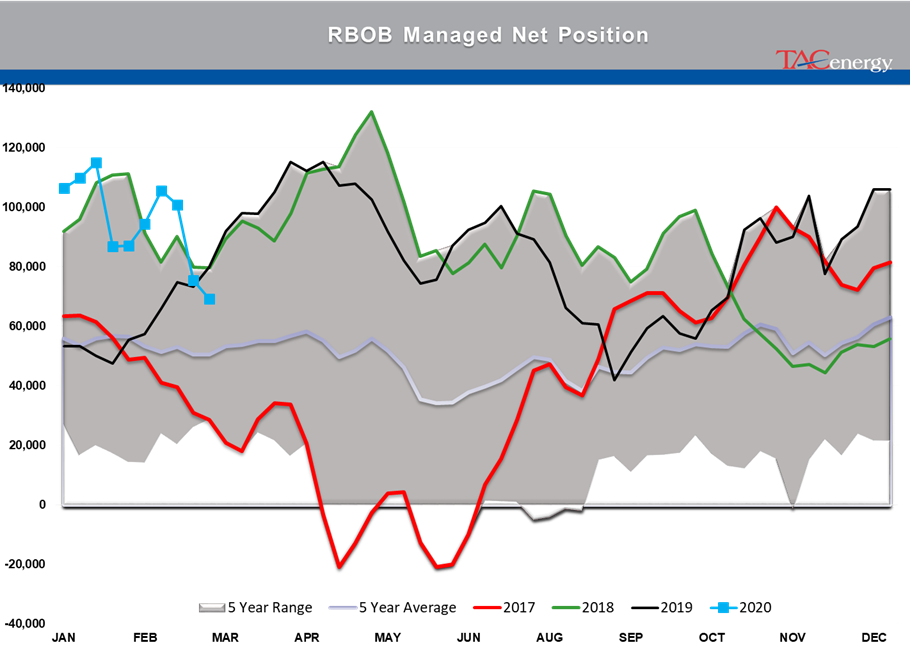