WTI led the energy complex in another strong rally Monday, reaching new one-year highs as optimism for long term demand and short term disruptions to the supply network continued to encourage buyers. Prices continued marching higher overnight, but those gains were largely wiped out in the early going after WTI reached $63.

Equity markets seem to be losing their upward momentum as interest rates rise, which could be enough to put an end to the four month old rally in energy markets now that the supply network is getting back to work.

The great refinery restart across the southern half of the U.S. is underway, with progress slow but steady. A common theme noted in restart plans Monday is that most plants are able to begin the restart process this week, but may take several weeks to reach full rates due to various damage caused by the extreme cold snap. A few plants will take more than a week to initiate restart as their damage was more extensive. The slow restart is likely to mean that allocations across large parts of the south are likely to remain for another week or two, but widespread outages at the terminal level should not occur.

The shortages are most pronounced across West Texas, which went from one of the most oversupplied markets in the country two weeks ago, to now trading 25-30 cents over USGC spot markets as resupplies are concentrated in the major metro areas for now.

Large hedge funds have been steadily jumping on the WTI bandwagon for months, pushing the net length to multi-year highs in recent weeks, and now some of the largest trading houses Banks in the world are calling for even higher prices.  The big push in WTI prices following those reports suggests they may have encouraged more money to flow in to the oil trade.   Whether or not that allows those trading houses banks to offload their length will remain a mystery.

RIN prices briefly spiked Monday after the new EPA administration changed its stance on the case of small refinery RFS waivers that’s soon to go before the Supreme Court. Sellers quickly emerged however as the agency’s stance doesn’t seem like it will influence the court’s decision, and based on the flip flopping of the agency depending on who is in the White House, that’s probably a good thing. 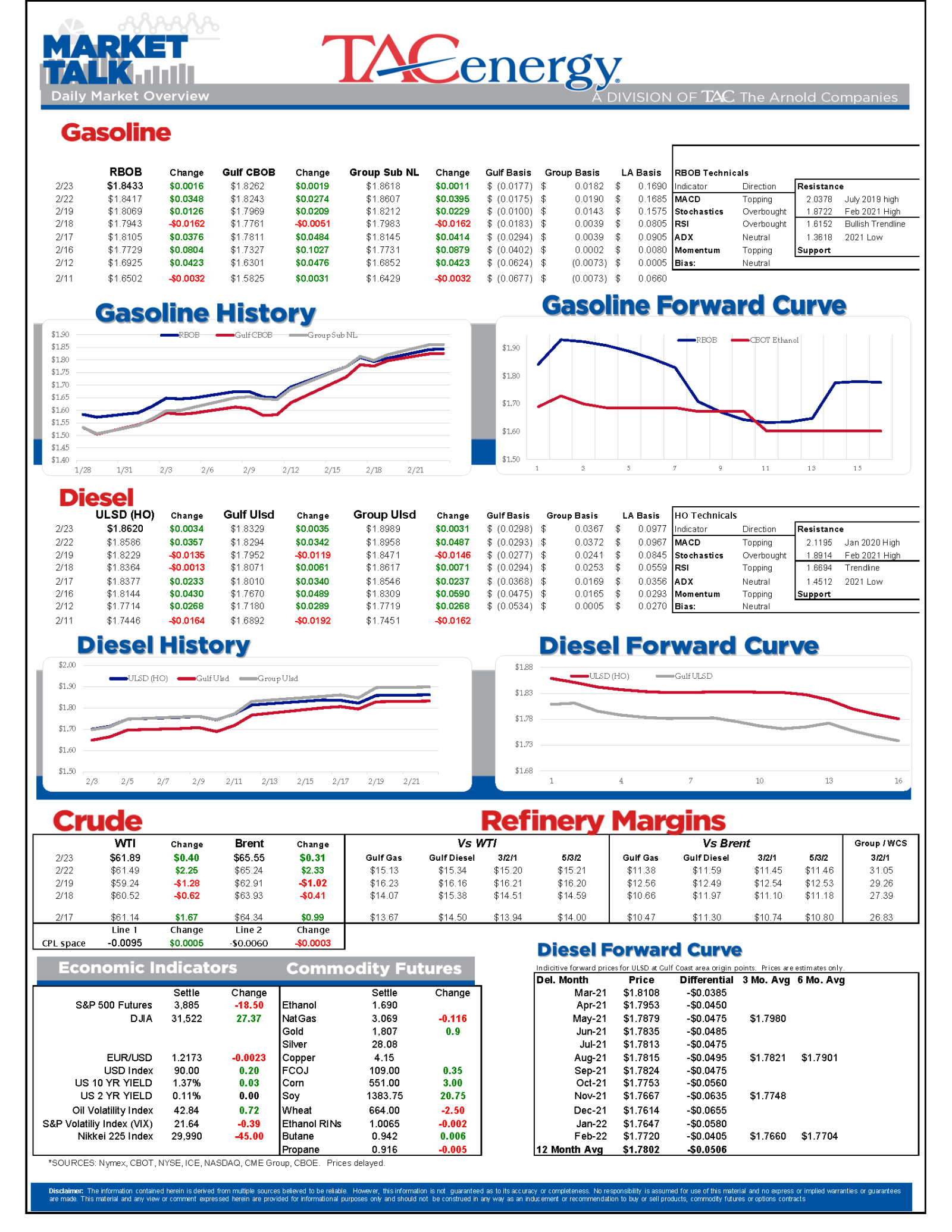 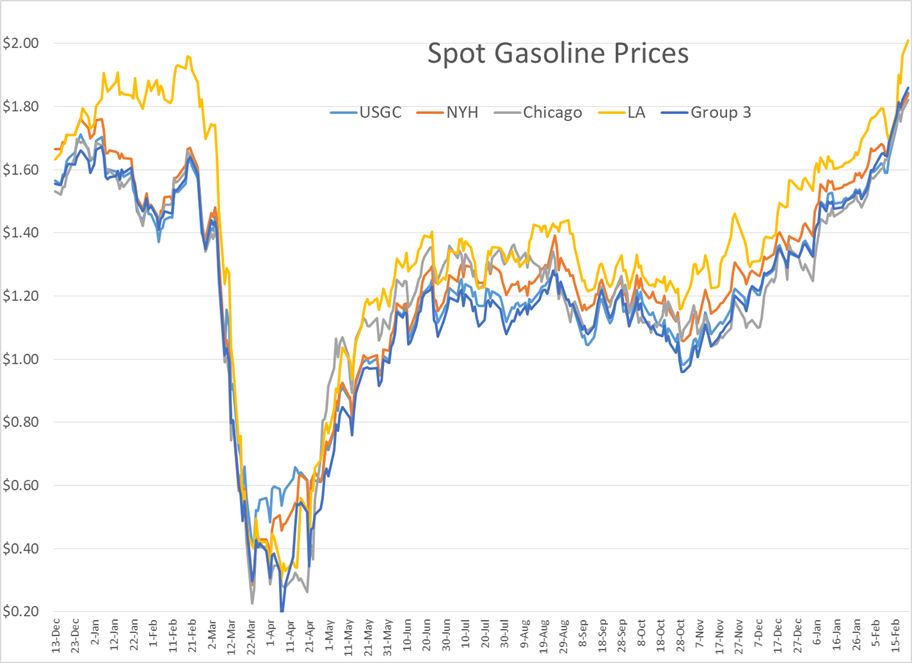 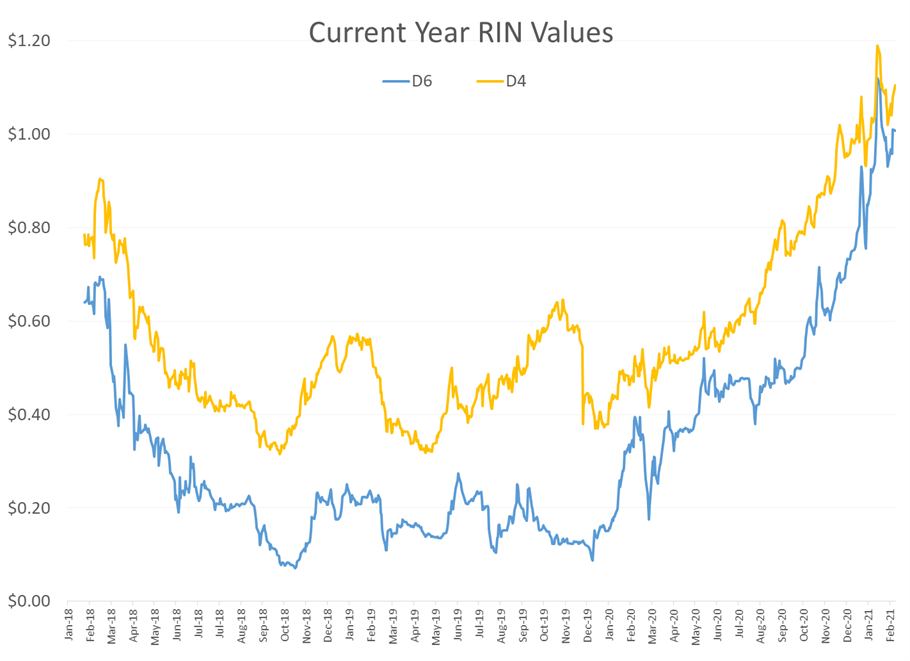