Debate Over Economic Restarts Face Off Against Fears

The holding pattern continues for oil prices this week as a debate over signs of economic restarts, both domestically and abroad, face off against fears of a second-wave of the coronavirus. WTI and ULSD futures are both holding in their recent trading range, while RBOB futures are breaking their upward trend, and threatening a larger selloff.

We’re in the data-deluge week with the EIA, OPEC and IEA all releasing their monthly reports, in addition to the weekly API and DOE data. The first three of those reports have been released already and show a common theme of slowly improving fuel demand, spread unevenly across the various refined products.

OPEC’s oil output rose by 1.8 million barrels/day in April, as Saudi Arabia made good on its threat to flood the global market right as the world was experiencing the largest demand drop in history. That story should flip in May as the price war has ended, and country’s slowly reopen for business.

The API was reported to estimate that U.S. oil inventories built by 7.5 million barrels last week, which was larger than most published forecasts.

The industry group also estimated another gasoline inventory draw-down of 1.9 million barrels, while distillates were up by 4.7 million barrels. You’d be forgiven if you thought the API showed the opposite build/draw in inventories based on the price reaction overnight with RBOB down two cents and ULSD up one, which suggests the early action may have more to do with the charts after RBOB’s trend line broke Tuesday.

Wheels off the charts: The EIA’s monthly short term energy outlook showed how the wild action of the past two months has broken the mold. The front page of that report typically shows a price forecast for WTI, including 95 percent confidence intervals for those projections. This month the EIA is “unable to construct” those intervals because of “data issues” surrounding the extreme volatility and lack of liquidity in options markets it created. In other words, given the two standard deviation from the mean calculation of a confidence interval, and prices doing what they’ve done, the price estimate is around 30 dollars for WTI, but the confidence would be somewhere in the range of plus or minus $50/barrel from that mark.

The STEO was able to estimate that global energy consumption will start outpacing production in the back half of this year, and that energy related CO2 emissions would fall by 11 percent, the largest drop in over 70 years of data.

The DOE’s weekly report is due out at its regular time this morning. Watch the refinery yield and export figures to see how refineries are reacting to their undesirable transition from an excess of gasoline inventory to a glut of diesel. While it may take a few weeks for plants to shift gears, and longer still to show up in the data, the increased complexity and flexibility of many U.S. refineries seems to be more capable of solving the demand puzzle than ever before. 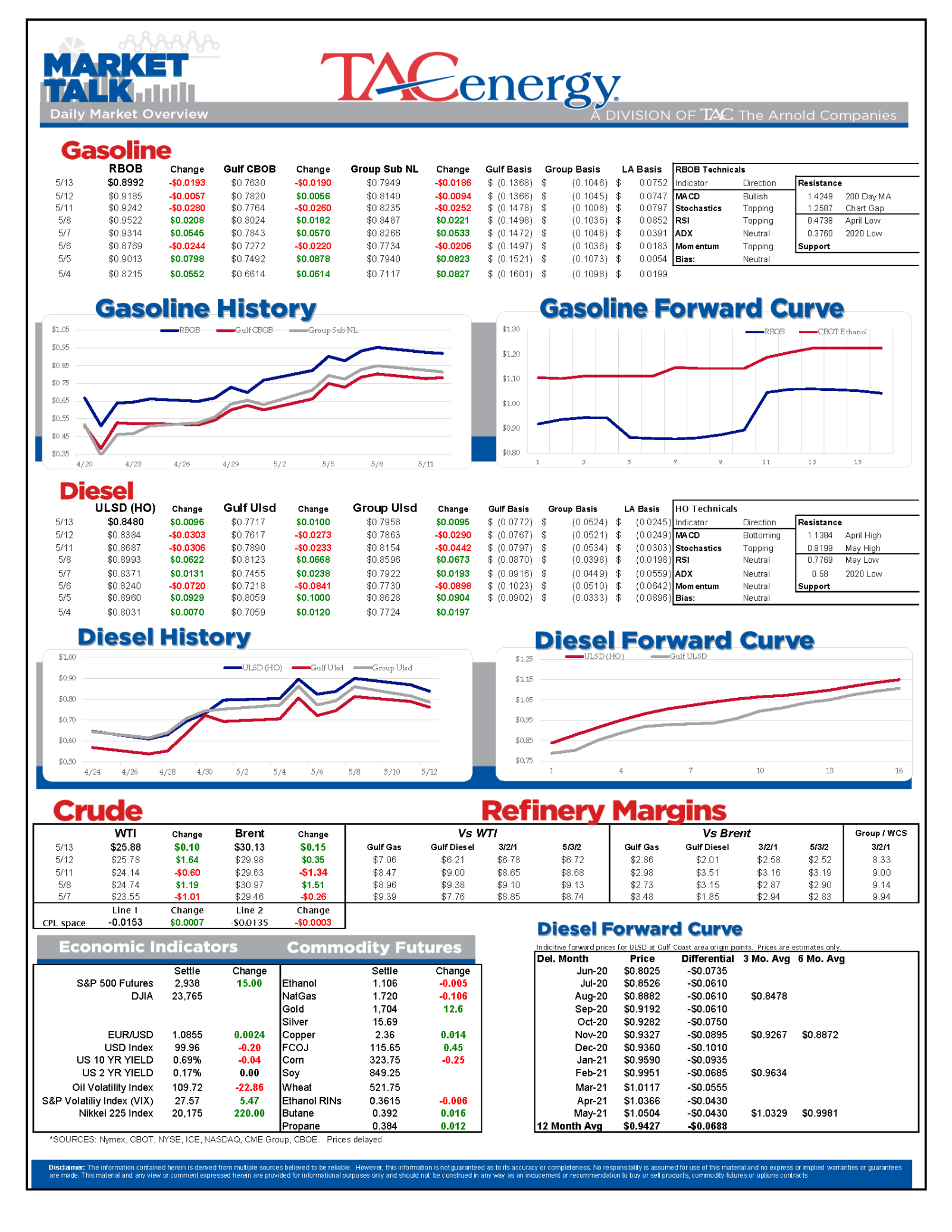 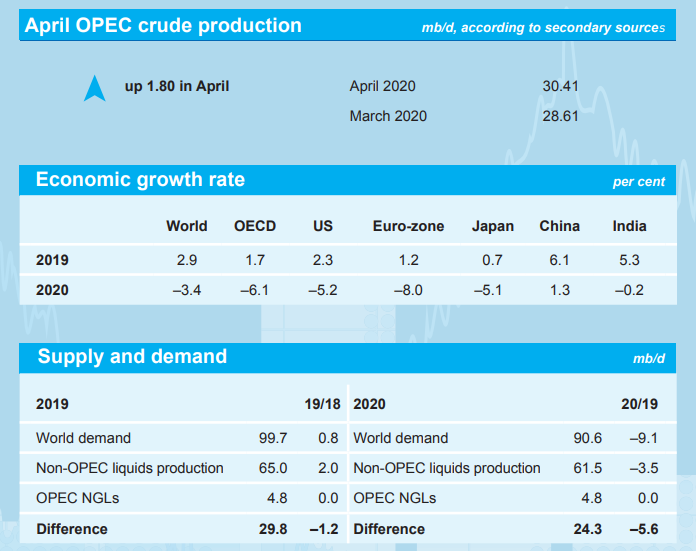 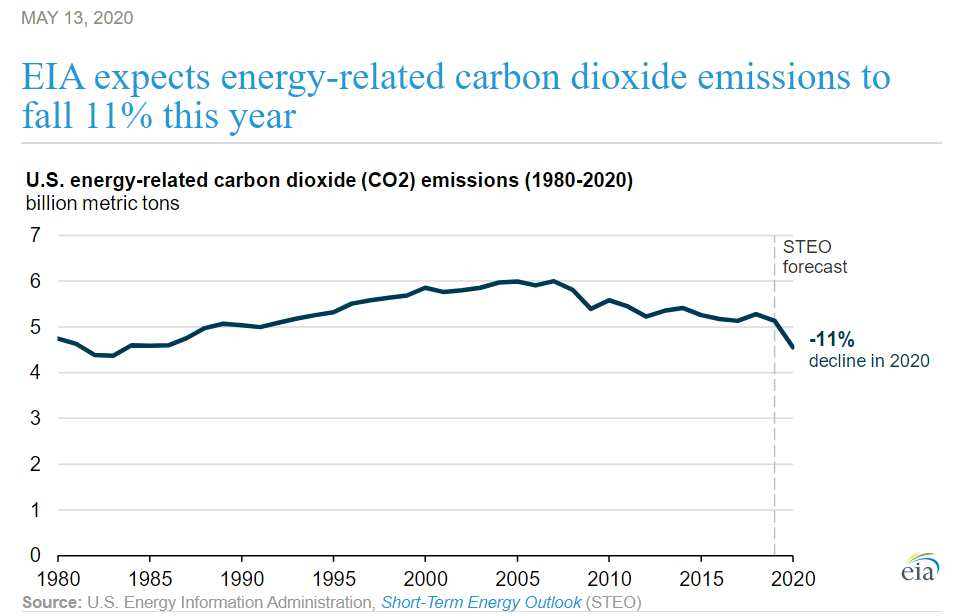