Diesel futures are trying to lead the energy complex higher to start the week, testing the upper end of their sideways trading range, after chart support held up to several attempted sell-offs last week. There’s little in the way of news to drive the action so far, and it seems that we’re still stuck in the back and forth pattern until the range breaks.

While gasoline and diesel prices continue to move sideways, ethanol prices are holding at multi-year highs north of $2/gallon in most U.S. markets, thanks to elevated corn prices and RIN Values holding near all-time highs. Several ethanol producers that shut down operations when prices were in the $.70-$.80 cent range this time last year are coming back online to take advantage of these lofty prices, which will only increase pressure on feedstock producers to supply the parade of new renewable diesel projects racing to take advantage of the subsidies provided to turn food into fuel.

Baker Hughes reported no change in the total U.S. count of active oil rigs last week. The Eagle Ford basin in TX did increase its count by one rig, while the “other” category made up of smaller basins declined by one. A Rystad energy report released Friday suggested that fracking activities across the U.S. are approaching pre-pandemic levels, and that output should continue to increase in the second quarter, which is not surprising given current prices. What is more surprising is that flaring from those wells is down substantially as producers are beginning to catch up with the infrastructure needed to deal with the excess natural gas produced in those operations.

Money managers continue to display mixed feelings for energy contracts, which isn’t too hard to understand given the yo-yo price action we’ve seen in recent weeks. The large speculative category of trader decreased their net long position in WTI, Brent and Gasoil last week by relatively small amounts, but added to their bets on higher priced for RBOB and ULSD.

Houthi rebels launched more attacks on Saud Arabia overnight, this time targeting an area with several refineries. It’s not immediately clear what if any damage was done to those facilities, but given the limited impact of several recent attacks, the market does not appear too concerned. 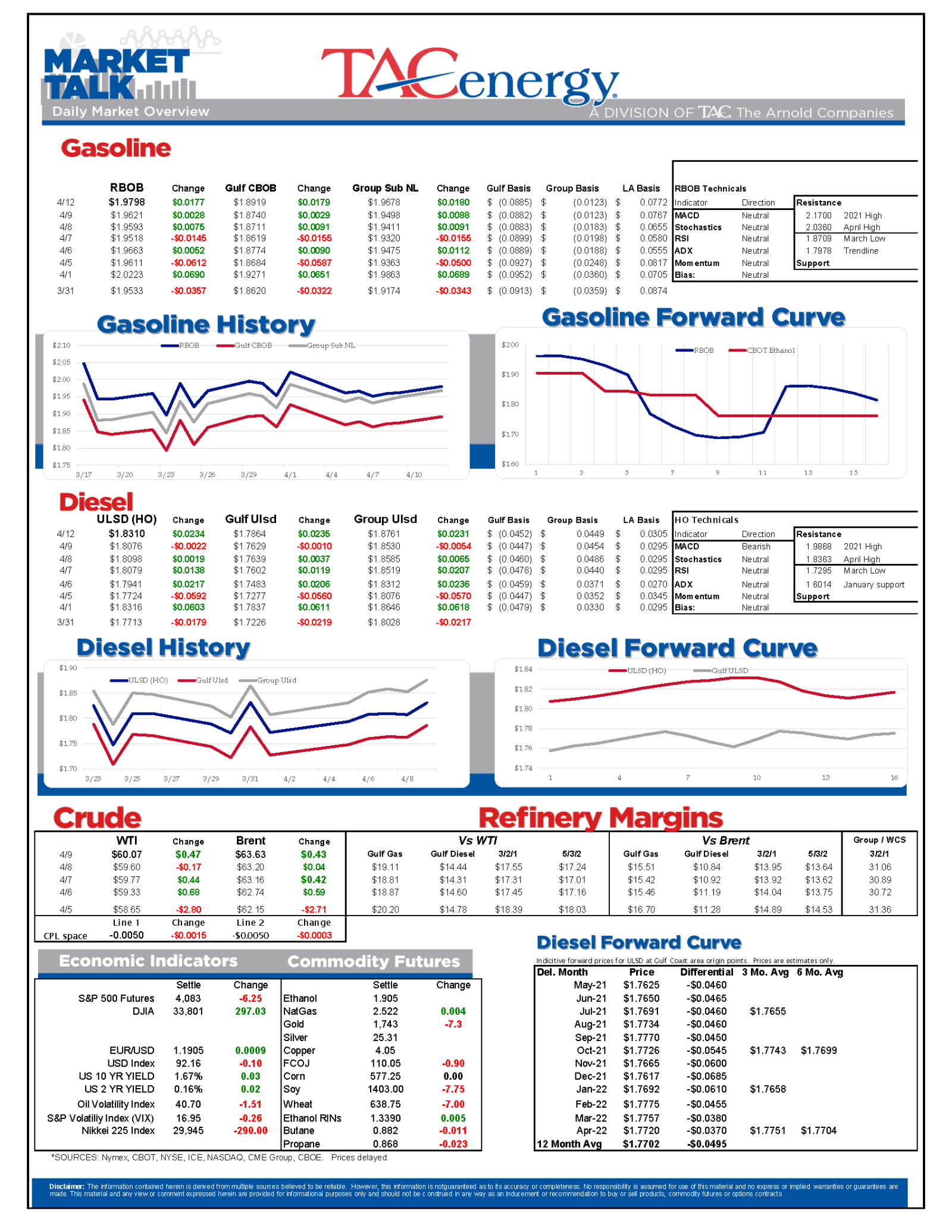 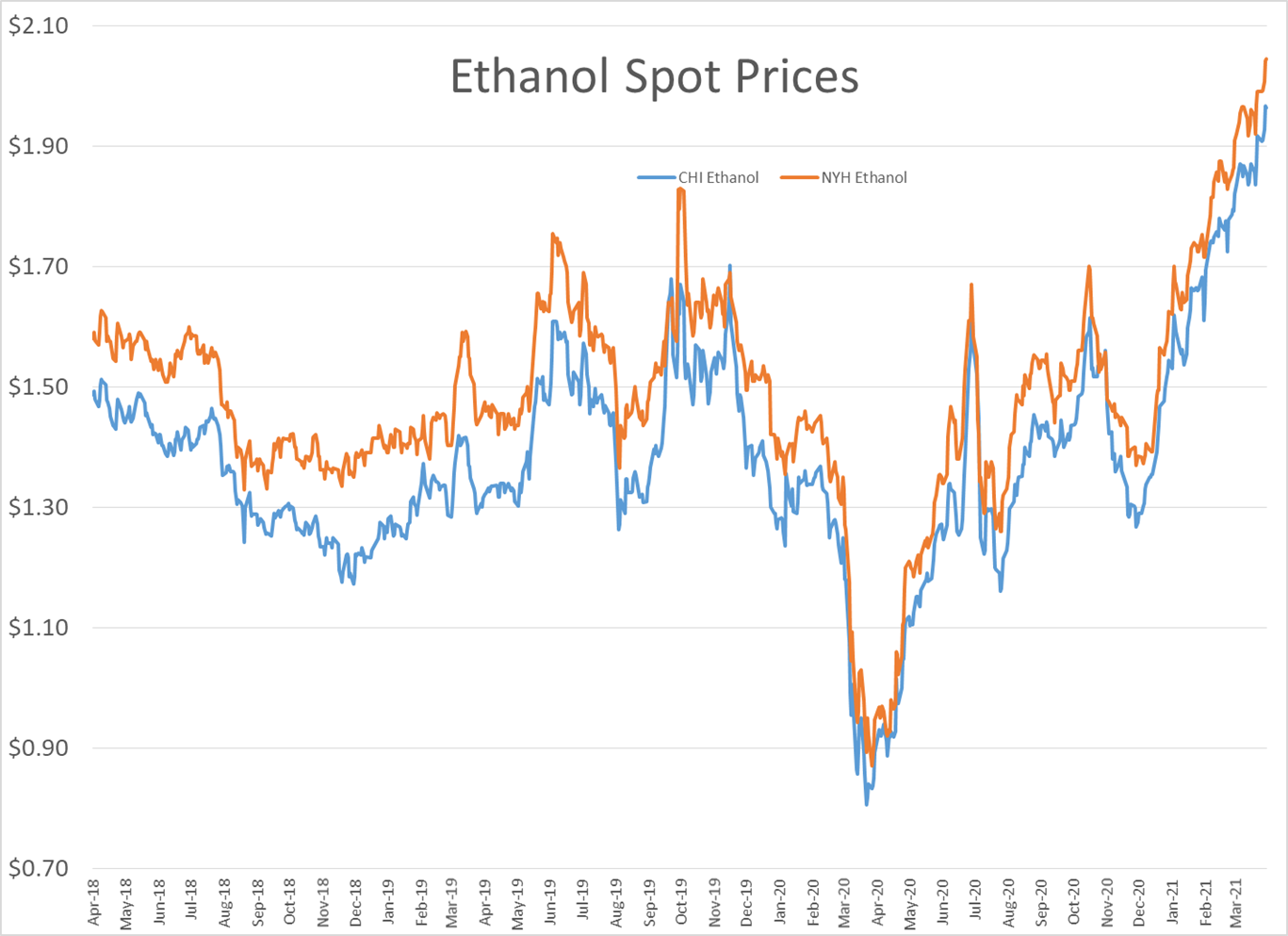 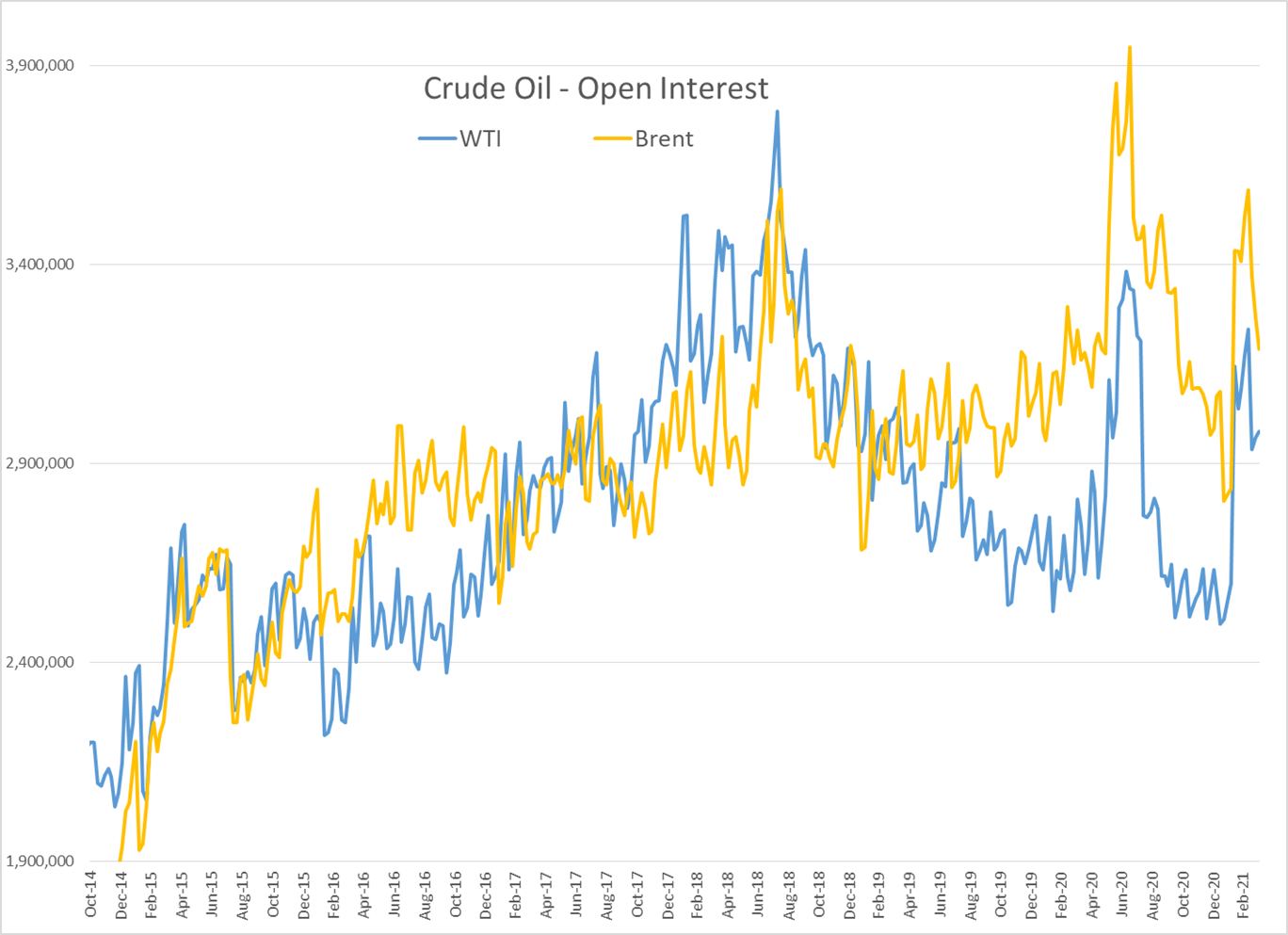