Diesel prices fell out of bed Wednesday dropping more than 20 cents at one point to a 5 week low, even as gasoline and crude prices hold around break even for the day. There’s not a clear reason for the big drop in diesel while WTI and RBOB are neutral, but it appears that recession/demand fears may outweigh supply fears as fuel inventories in the US and abroad show signs of recovery.

US stock markets had their worst day in more than 2 years Tuesday following a discouraging inflation report that doomed hopes of the FED easing up on their plans to raise interest rates and tighten the money supply anytime soon. Diesel prices have had a negative correlation to the S&P 500 in recent months, so it doesn’t seem there’s an immediate connection between the selling in the asset classes, but there’s no denying that a recession would take a heavy toll on distillate demand.

A report by a major US investment bank suggested that European natural gas prices would be cut in half this winter as widespread efforts to solve the Russian energy shortages are proving successful.  If that prediction plays out, it suggests a lower need to switch to diesel fuel as a supplemental option for electricity generation.

Ethanol prices have surged this week, alongside corn prices following a bullish crop report from the USDA.  Another factor to watch closely in ethanol markets is a looming railroad strike that could hamper the primary transportation method for numerous commodities, including grain alcohol that goes into your fuel tank. The gasoline price vs Ethanol, both gross and net of RIN values, has fallen to its lowest level of the year as gasoline prices have come under pressure while ethanol rebounds.

The potential railroad strike would be a double-edged sword for diesel prices, both reducing the 2nd largest demand source for diesel, while also putting a key supplemental supply source at risk for markets that can’t be fully stocked by pipeline or waterborne options. There is a possibility that some of today’s action in ULSD futures could be related to major railroads unwinding fuel hedges if they now anticipate their actual consumption to be below expected levels, but there’s no way to prove whether or not that’s happening.

The API reported a large build in US commercial crude oil stocks of 6 million barrels last week, but since the SPR was drawn down by more than 8 million barrels, the total oil inventories in the US actually fell again during the week. Distillates increased by 1.7 million barrels while gasoline stocks declined by 3.2 million barrels, which looks like it’s contributing to the big price disparity between products this morning. The EIA’s weekly report is due out at its normal time this morning.

The NHC gives a 70% chance that we’ll see another named storm in the Atlantic this weekend, which would be named Fiona. Most early models show this system turning north and east and avoiding a US Landfall, but a few still leave the door open for this storm to get into the Gulf of Mexico and threaten oil production and refineries, so it can’t be dismissed completely yet. 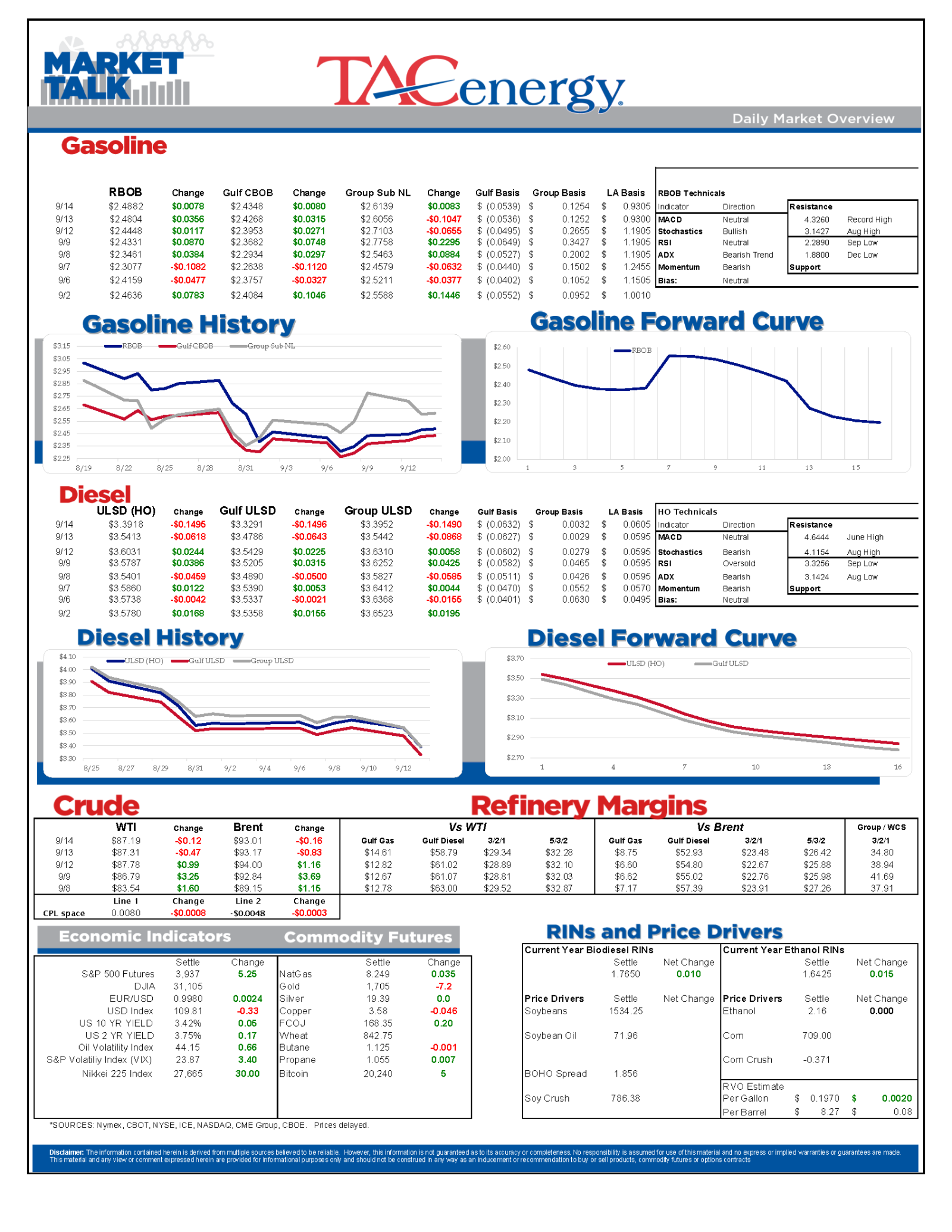 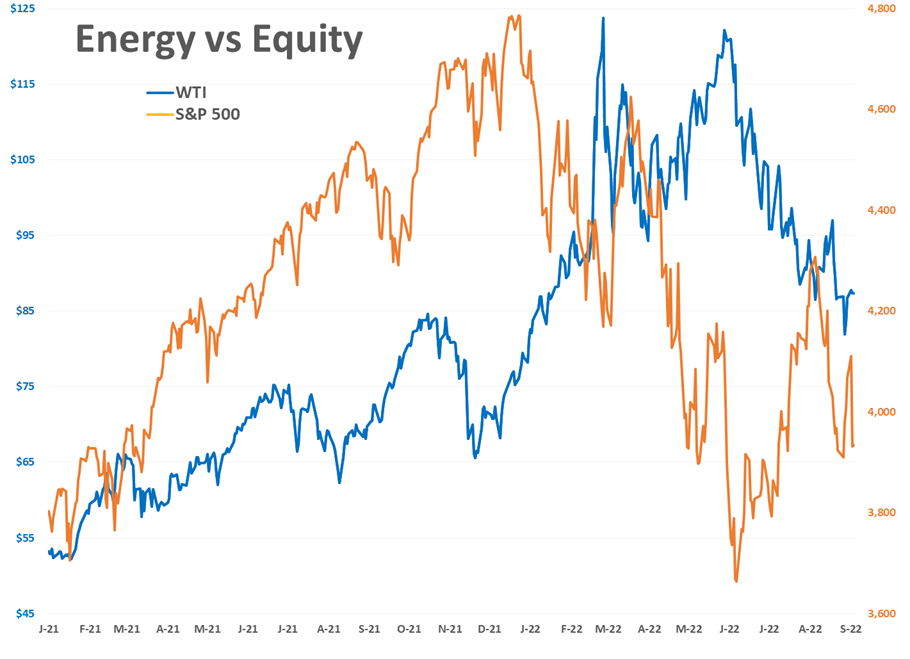 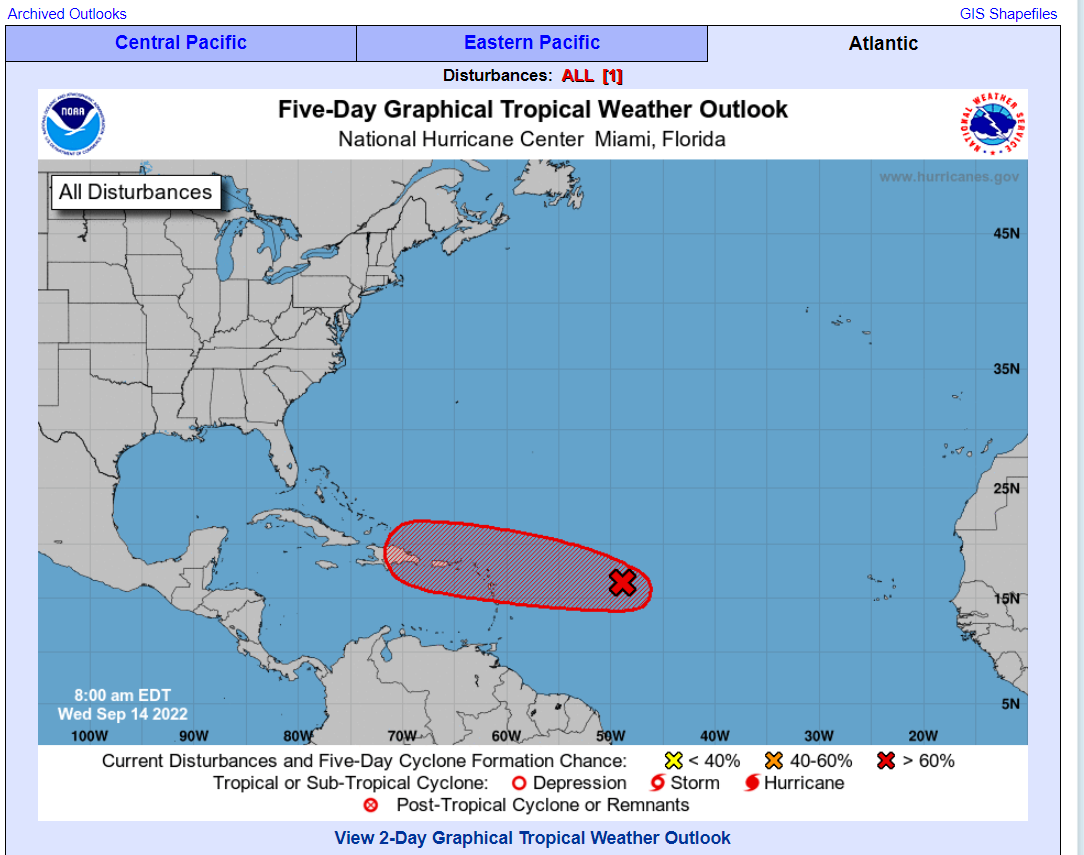