Diesel prices have rallied more than 10 cents/gallon after approaching 6 month lows Thursday, despite a warning from a shipping bellwether that a global economic slowdown is upon us that has stock markets sliding lower once again.

From a chart perspective, the price action in the back half of September looks to be pivotal as we’ve reached “rally or else” territory with a slide below $3 for diesel and $2 for gasoline looking possible this winter if support doesn’t hold.

Yesterday’s reports of a tentative deal to avert a rail strike had products from ethanol and biodiesel to natural gas all pulling back sharply after rallying earlier in the week. The market is certainly behaving as if the unions will vote to formally accept this deal, even though there’s still a risk it could be rejected. Read here for a reminder on why supply chain challenges will continue even if this deal is done.

Germany announced it would be taking over 3 Russian owned refineries in the latest move in the energy chess match. The announcement removes one of the major hurdles to Germany backing a ban on Russian crude imports, with the big question being whether or not they’ve found a replacement supply source to keep those facilities operating.

West Coast gasoline prices are continuing to cool after a huge spike to start September, but LA distillates staged a 10 cent rally of their own Thursday, largely offsetting the big move lower in futures. Diesel inventories in the region appear to be ample, yet the buying extended into October, suggesting the diesel rally may be more than a simple short squeeze as September shipping schedules come to an end.

Tropical Storm Fiona continues to look like a non-issue for energy supplies, and most models keep it off shore of the US East Coast after it passes Puerto Rico and the Dominican this weekend, but the latest track does shift slightly to the West which keeps the possibility of a hit on the eastern side of Florida open. There are two other storms being tracked by the NHC today, but neither one looks like it will be a threat to the US even if they overcome their low odds of developing in the next 5 days.

The great oil traders: Today’s interesting read on why the US government may soon be buying oil at $80 instead of $24. 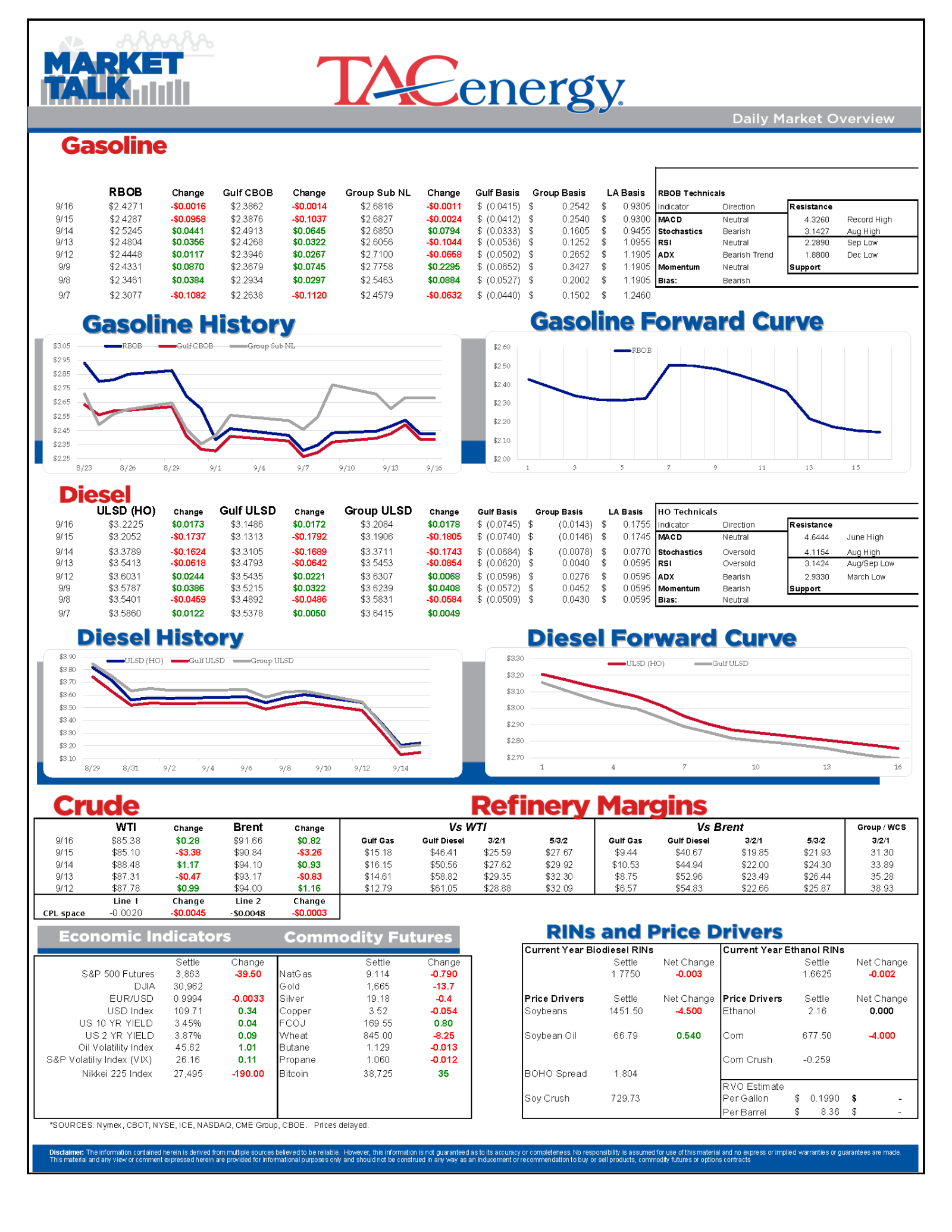 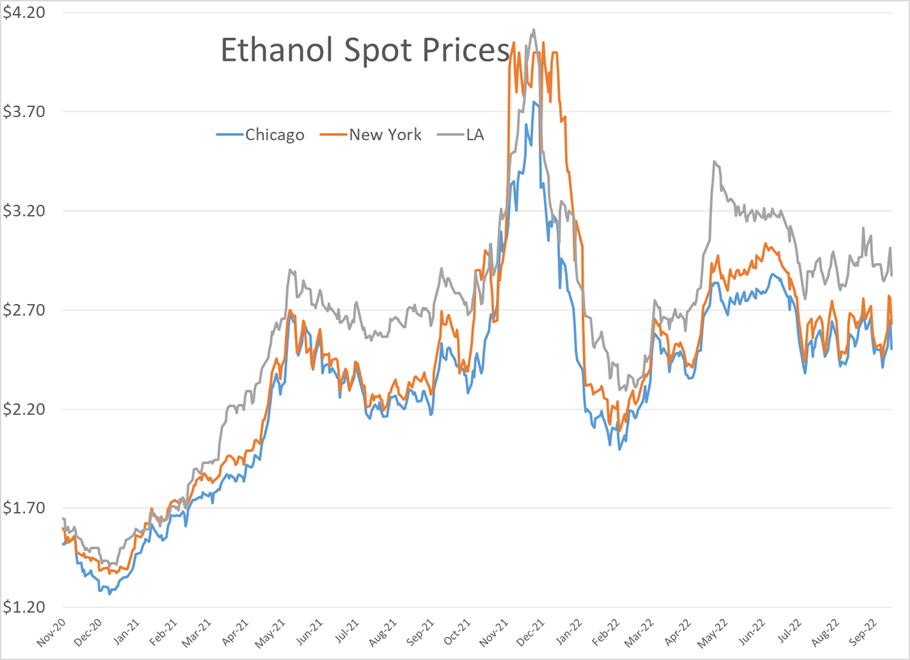