Don't Call It A Comeback?

Don’t call it a comeback?

WTI rallied 24 percent Thursday, it’s largest daily percentage increase on record, although percentages don’t mean nearly as much when the outright values started at 18 year lows. Diesel futures also had a big day, rallying more than a dime at their highs and taking back most of Wednesday’s heavy losses.

If the current gains can hold today, it would mark the first consecutive increases for both energy and equity markets in a month, but right now they appear to be on shaky ground as the majority of the overnight gains in both asset classes have already been erased.

Refinery reactions to the virus and its economic fallout are starting to be announced this week.

The largest refinery on the West Coast is reducing production due to the drop off in demand, along with a handful of other plants nationwide, while numerous others are delaying maintenance and sending home contract employees to help limit the spread of the virus.

Pipelines are also adjusting schedules to meet the rapidly changing fundamental situation, and Colonial pipeline (the largest products line in the world) announcing it would temporarily reduce flow rates by 20 percent due to the drop in demand.

Rumors continue to swirl that the EPA will soon grant emergency waivers to aid the spring gasoline RVP transition, but no official word has been released yet. With numerous stimulus, bailout, and other packages being put together to try and help businesses weather the storm, it’s a safe bet that there are more changes coming to regulations in the energy arena.

Two other big rumors making the rounds: The White House may attempt to intervene in the lose-money contest between Saudi Arabia and Russia, while Texas is considering the very un-Texan move of forcing a temporary reduction in the state’s oil production.

The forward curve charts below show both how fast the landscape has changed over the past month, and how valuable storage options are becoming, as weak demand sparks the first return of “super contango” since 2009. 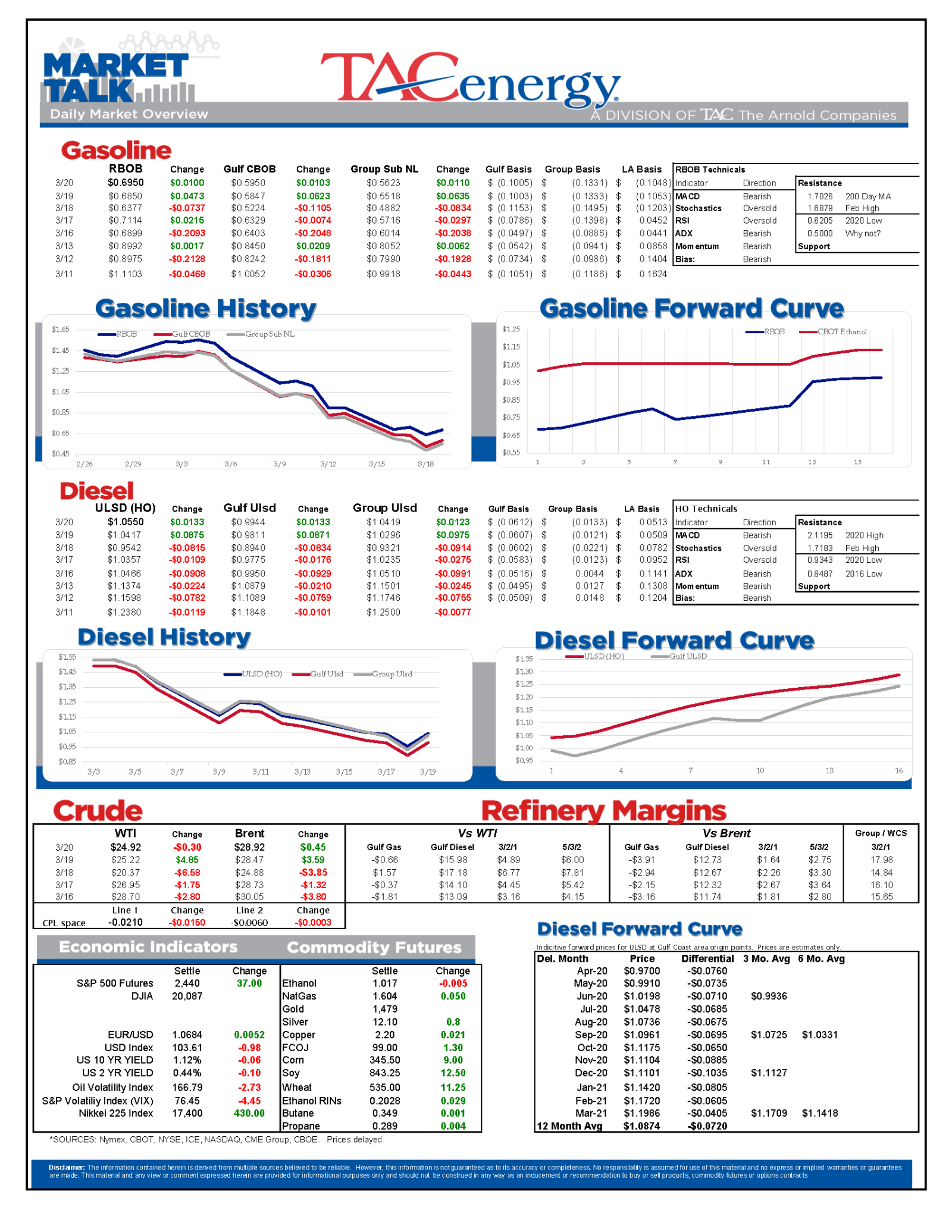 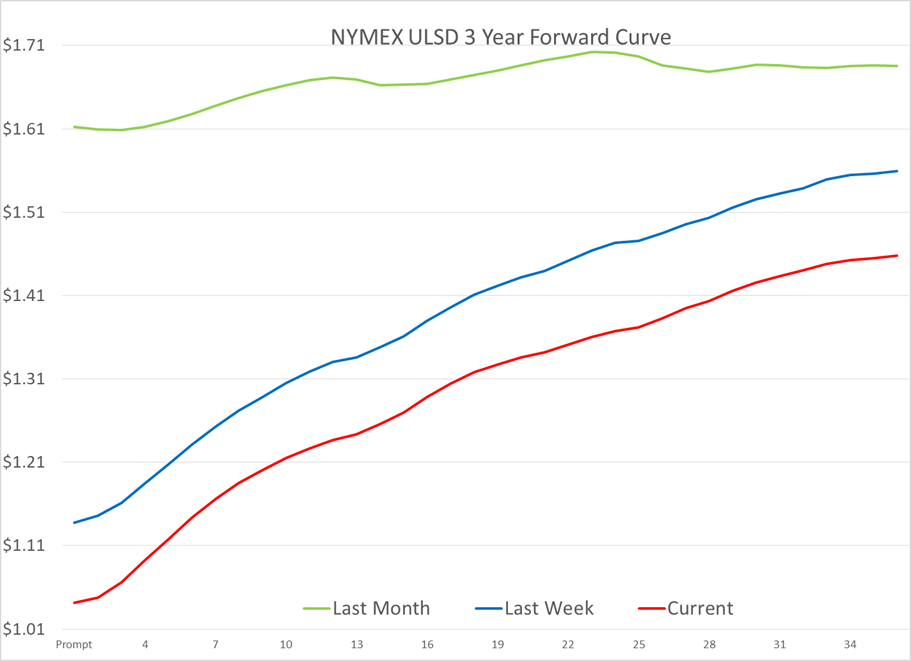 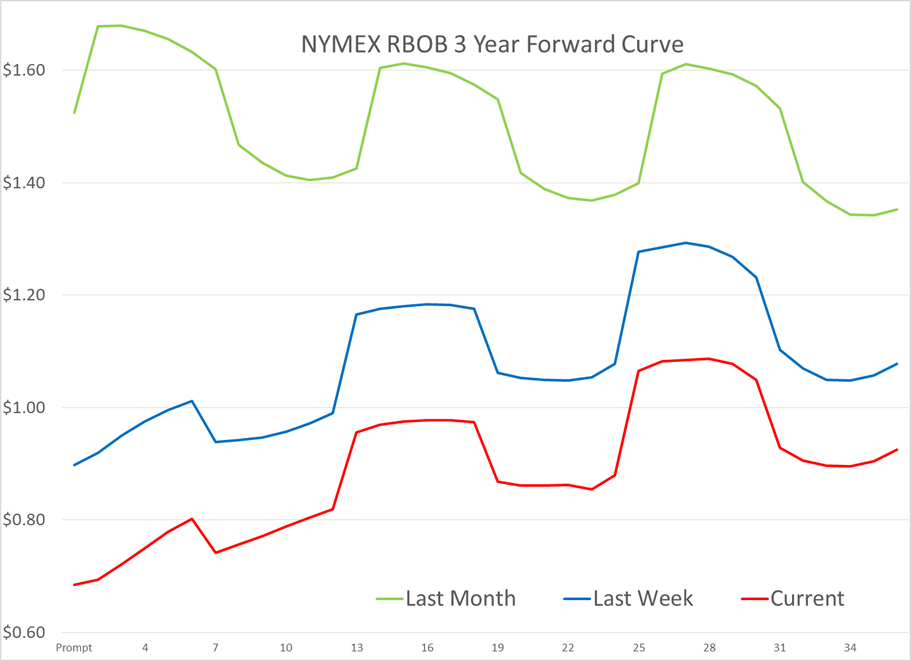