Downside Pressure On The Petroleum Complex

Yet another rally in energy futures has failed to sustain itself as prices start Wednesday’s session in the red, leaving prices stuck back in their sideways pattern, even as the S&P 500 rallies to new all-time highs this week.

The API was said to report a build in gasoline stocks last week of nearly five million barrels, which seemed to put immediate downside pressure on the entire petroleum complex that carried through the overnight session, even though crude and diesel stocks were estimated to have draws on the week of 4.3 and one million barrels, respectively. The DOE’s weekly report is due out at its normal time this morning.

As mentioned yesterday, both WTI and RBOB futures were looking toppy as they failed to break through the top end of their summer ranges, leaving them susceptible to a larger round of selling that could test the $40 mark for WTI and $1.16 for RBOB in short order.

OPEC & Friends are meeting today, but there’s a lack of chatter on new output quotas, with reports that the Saudi’s are more concerned with the cheaters in the group than making a new deal.

Colonial pipeline is still working to repair and re-open its main gasoline line that’s been shut for almost five days following a leak. While no specific timeline has been given, pipeline schedules and muted price action for both physical and futures contracts suggests they remain on track for reopening in the next few days. Allocations in markets north of the leak remain restricted as suppliers protect their contract accounts, but physical outages are not yet being reported.

RINs continued to rally Tuesday, pushing D4 RINs to a 2.5 year high, after the President promised to talk to the EPA about small refinery exemptions during a trip to Iowa to survey the extensive fallout of last week’s derecho. The storms have damaged nearly half of the state’s crop, and sent ethanol prices rallying along with corn and soybean prices.

Speaking of storms, the NHC still favors two new names storms developing in the Atlantic basin over the next five days, both of which still have some potential to threaten the U.S. Coasts. The first system in line could potentially be a gulf coast threat if it can get past the Yucatan peninsula, and the second looks like it could be heading towards Florida next week. The names of these storms will depend on which develops first. There’s a third potential system coming right behind these two, and as we near the peak of this record-setting season, it’s likely we’ll see new potential systems 1-2 times per week as tropical waves move off the west coast of Africa. 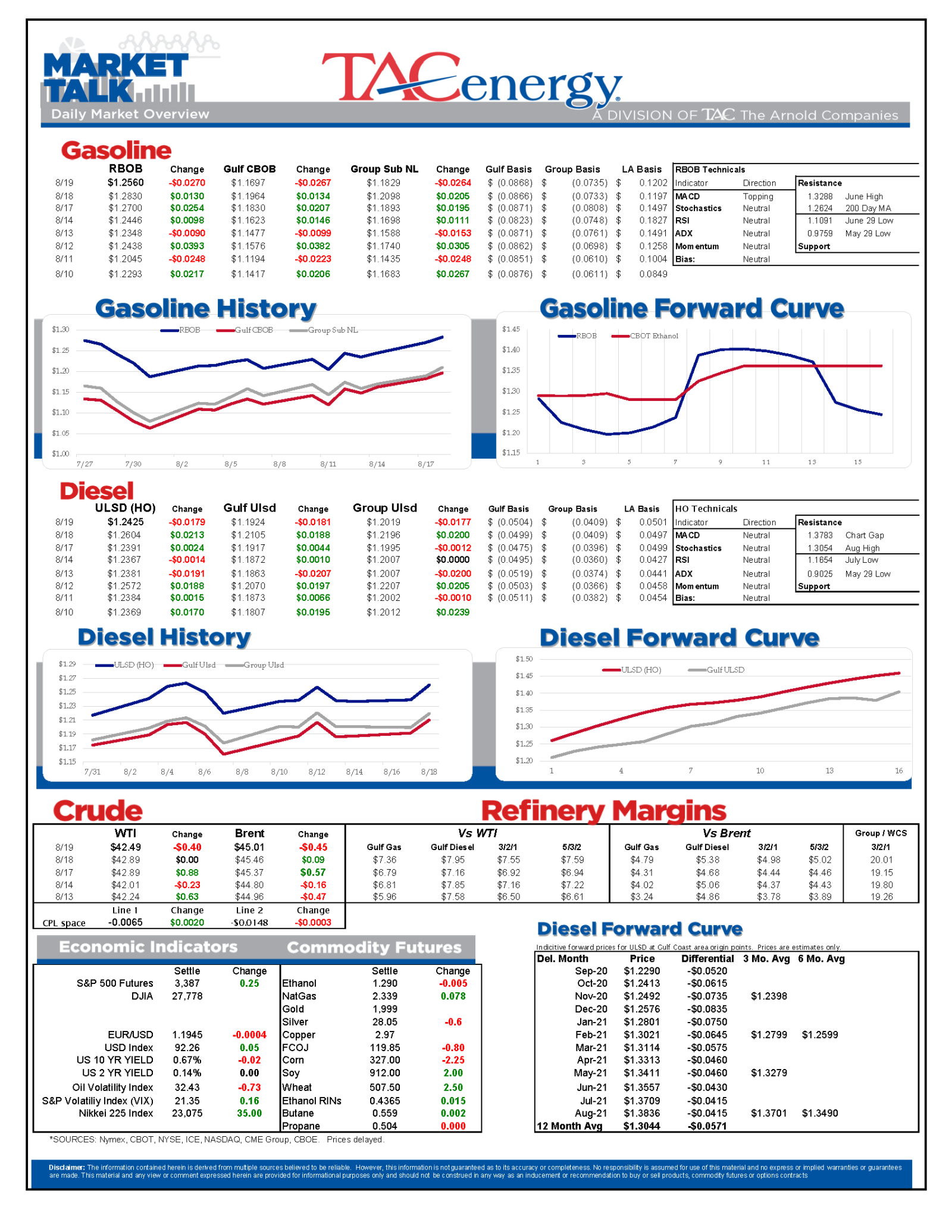 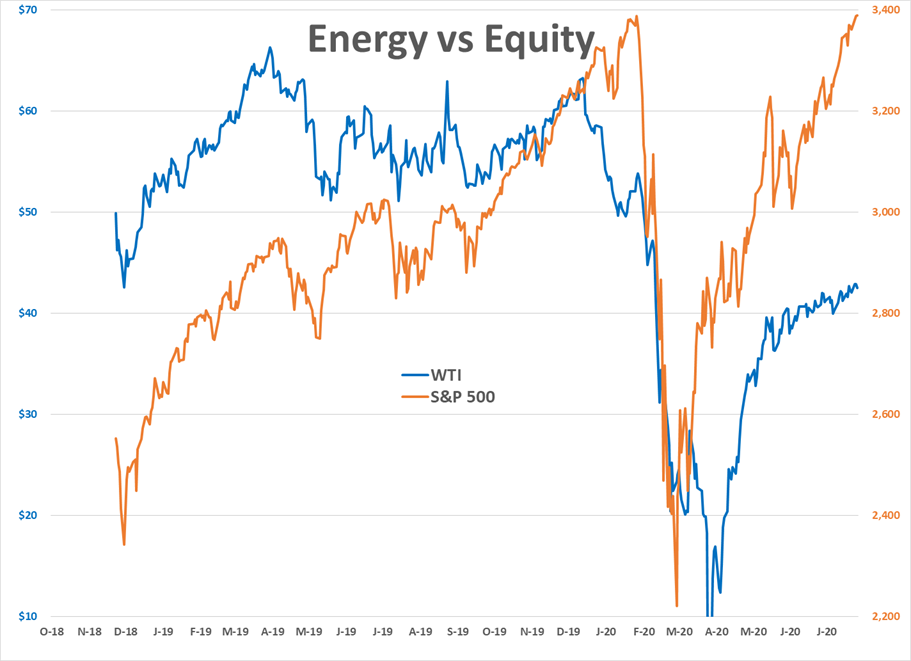 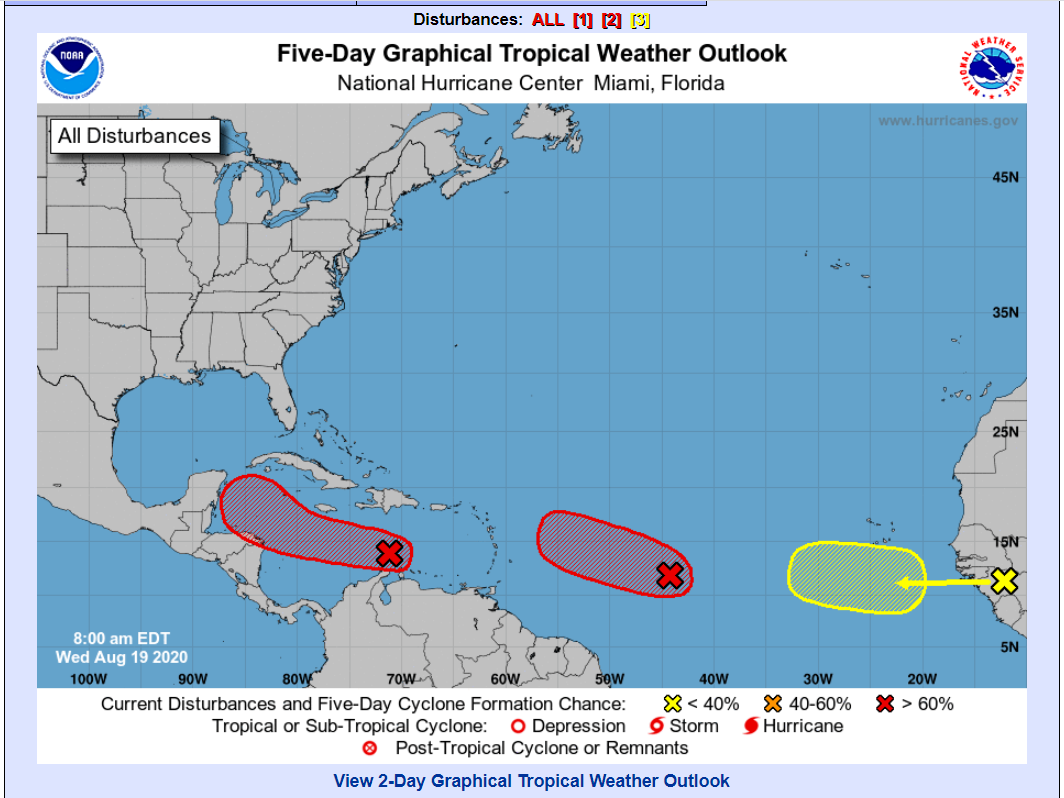