When news broke Saturday of coordinated drone attacks on Saudi Arabian oil infrastructure that shuttered nearly half of the country’s production, the question wasn’t if prices would move higher, it was whether or not the increases would be record-breaking.

Brent crude led the initial surge when trading resumed Sunday night, trading up nearly $12/barrel in the early moments, a 19.5% increase – marking the largest single day rally in the history of that contract. RBOB and ULSD futures saw similar price spikes in the opening seconds of overnight trading as trading algorithms raced humans to buy, with both contracts briefly trading up more than 20 cents before cutting those gains in half later in the evening.

Prices have rallied again off their evening lows after the US accused Iran of launching both missiles and drones in Saturday’s attack, a new revelation that combined with strong words from the president suggests a US response may become inevitable.

There are many more questions that need to be answered before we’ll see where prices will end up. Perhaps the 2 most important this week are how quickly the Saudi’s can bring production online – this is where their previous production cuts may prove valuable as it could provide a cushion, depending on the logistics puzzle of returning those barrels to the market – and what the response will be both from the Saudi’s and the US.

From a technical perspective, the May highs around $73 for Brent and $64 for WTI look to be the natural resistance layers after the early overnight rally stalled out in that vicinity. If Saudi output can’t come back online, or if a shooting war with Iran breaks out, those resistance levels may prove to be only a speed bump. At this point however, the global overhang of supply is acting as a buffer. Just think of what an attack like this would have done 5 years ago when prices were still north of $100/barrel.

Some hedge funds are likely patting themselves on the backs this morning as the money-manager category saw healthy increases in the net-long positions held in energy contracts last week – prior to the Saudi story making most other energy news temporarily irrelevant. 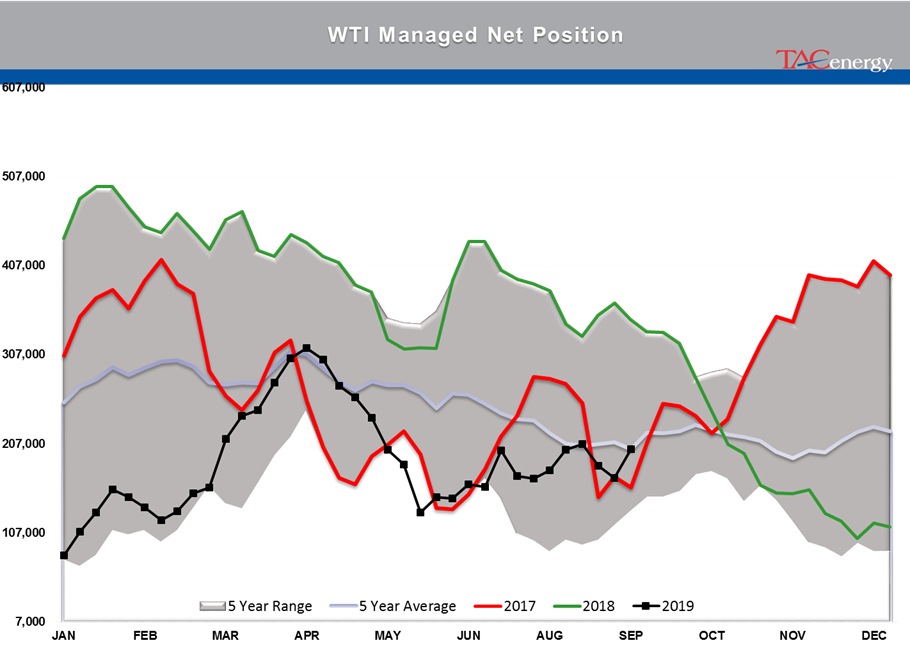 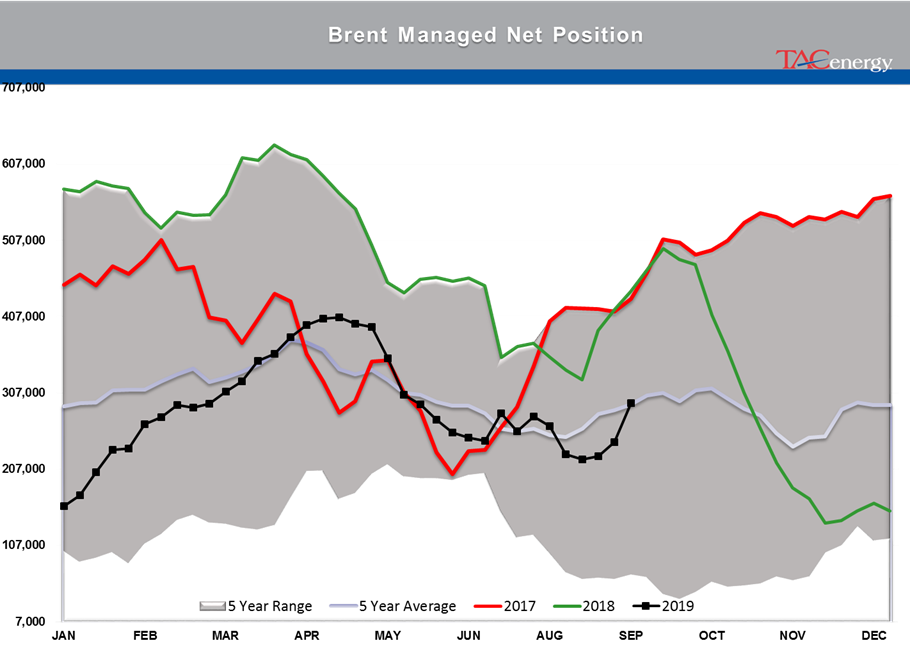