The early rally in US stock markets Monday turned into the biggest one-day sell-off in a month, and that reversal knocked the wind out of energy prices as well. Most NYMEX futures did manage to recover later in the day to end with gains and have resumed a modest climb overnight as we await the weekly inventory reports.

There’s an argument that Monday’s reversal was a sign of “deal fatigue” as the US/China trade story has worn out its welcome in the bull market camp. There’s also an argument that weak economic data coming out of China was to blame, as the tariffs put in place last year seem to have done plenty of damage.

A stronger US Dollar was also getting some credit for the pullback in energy futures, although as the chart below shows, Oil prices haven’t been reacting to currency moves much in the past year.

The EIA published a note this morning explaining how record-high inventories and tighter crude spreads drove gasoline cracks for USGC refiners to their lowest levels in more than 4 years. Not mentioned explicitly in the note is that the relative complexity of those same refineries should also be a benefit later this year as the world attempts to comply with the IMO’s new Sulphur regulations.

Never let a good crisis go to waste: Those weak margins, and expectations for better days to come in 2020, explain why there have been numerous refinery maintenance projects that have seen their schedules moved up in recent weeks. 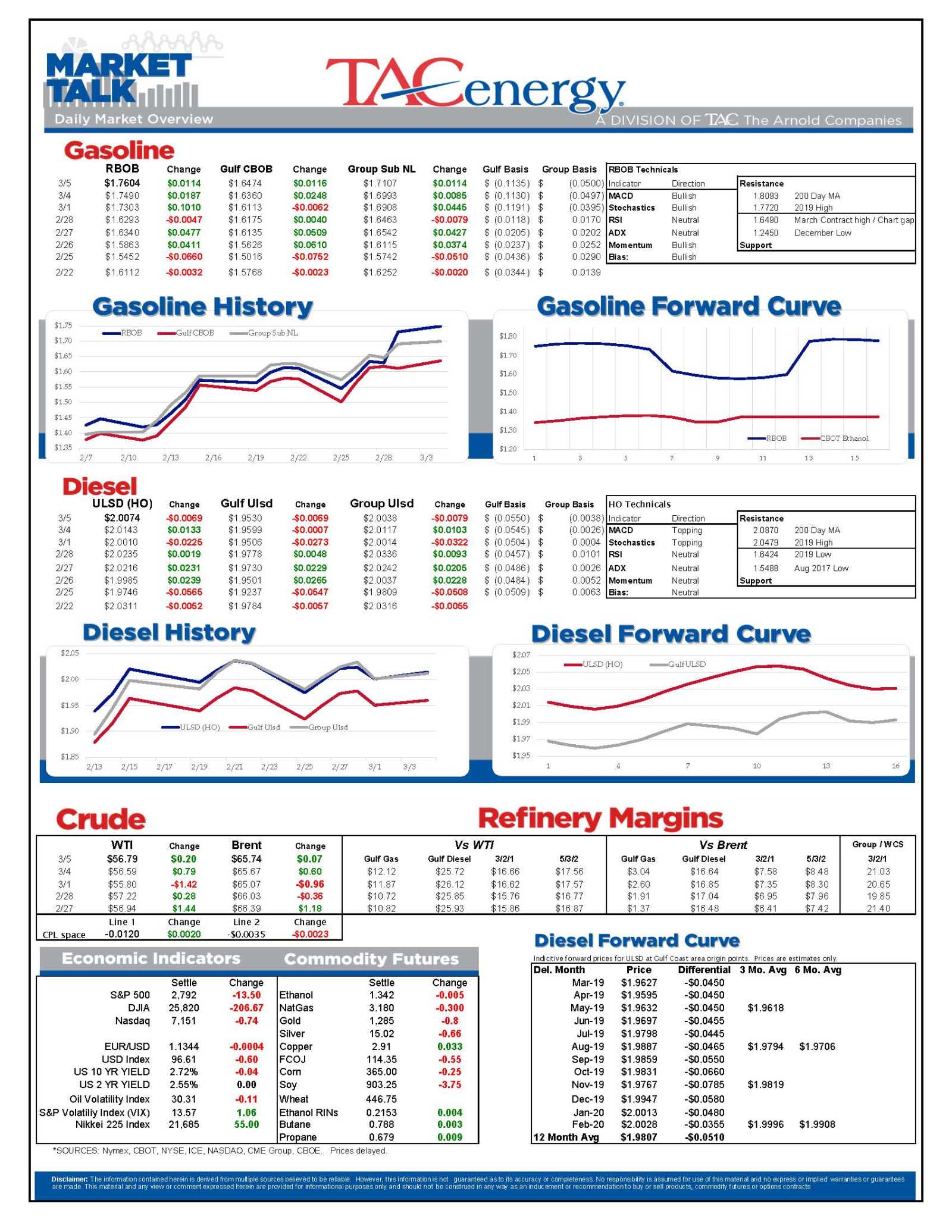 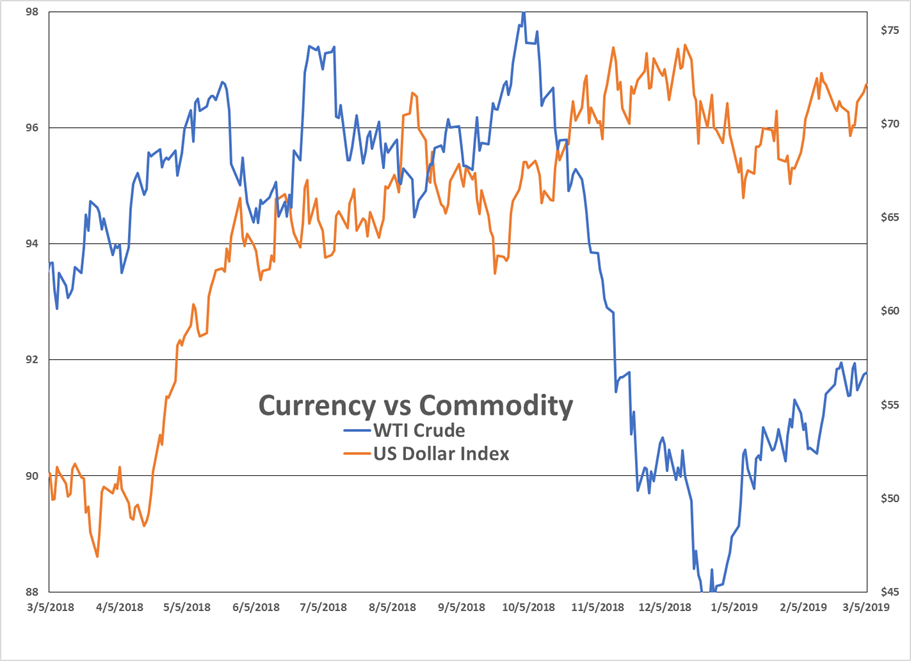 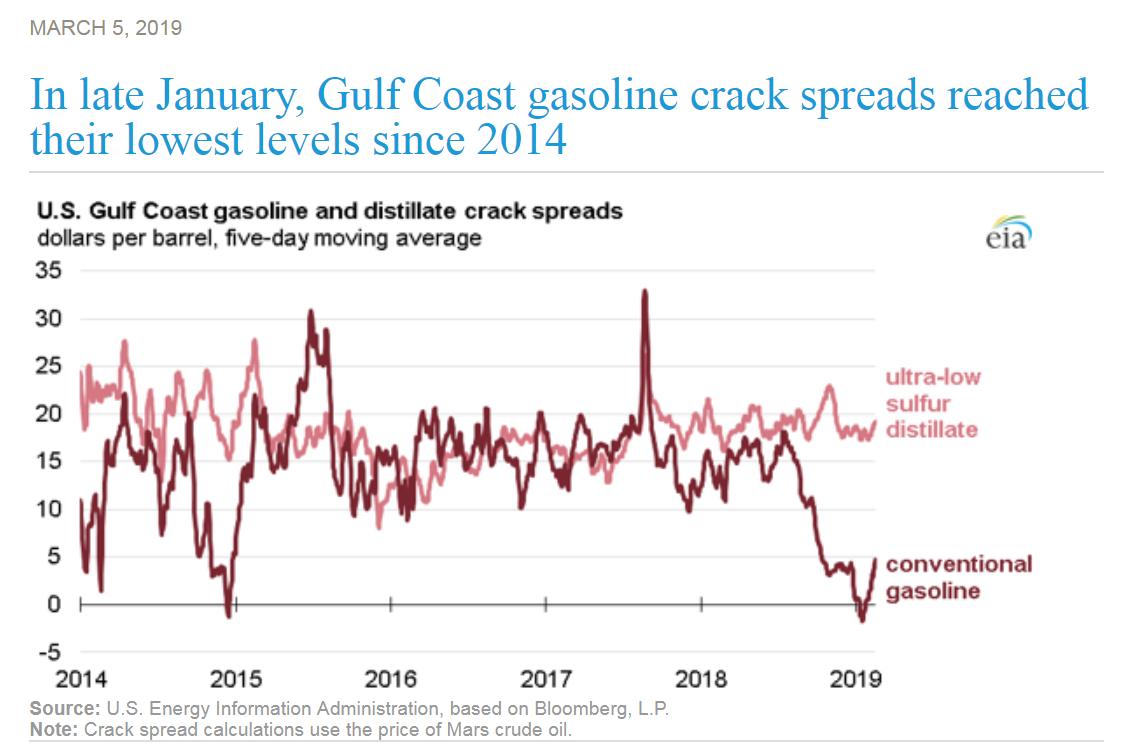