It’s a mixed bag for energy prices to start Tuesday’s trading as the economic shutdown takes aim at a new part of the oil barrel this week. What was a crude oil demand story in February, became a gasoline story in March, only to become a crude and diesel story in the back half of April.

Exports (or rather a lack of) seem to be the new cloud hanging over diesel prices, as U.S. refiners that became diesel suppliers to the world now struggle to find a home for those barrels. The Pemex force majeure debate continues to weigh heavily on futures and cash prices, with some U.S. spot markets dropping to 50 cents/gallon for ULSD, while futures reached a new 18-year low overnight.

Gasoline futures and cash markets are faring much better this week, as it appears driving demand may have reached a bottom, and refinery cut backs are starting to balance the supply/demand equation.

Another consequence of the May WTI shockwave: Liquidity in May refined products contracts, which expire Thursday, is already drying up with June seeing nearly 10x the May contract volume already this morning. Usually that disparity in volume is reserved for the last day or of the month, but may become the norm as traders are apparently afraid of becoming the next one stuck to sell a negative number.

Speaking of expiring contracts, more index funds are announcing that they’ll be moving positions further out along the forward curve, just as the U.S. oil fund was faced to do in order to avoid extinction. The announcement by S&P Global is getting early credit for the big drop in June WTI this morning.

The Dallas FED’s Manufacturing Survey gave another data point on how quickly things went from bad to worse, with several readings far exceeding the previous record low readings set in 2008. The survey did include supplemental questions to businesses that had applied for new SBA programs, with over half of those respondents suggesting their business would return to normal levels in six months or less once restrictions are lifted.

Not a good time for a reminder: The EIA this morning published a note highlighting U.S. energy production for 2019 exceeds domestic consumption for the first time in over 60 years. Unfortunately, this fact has become painfully clear for any producers in 2020, and isn’t a point to celebrate as it was just a few months ago. Petroleum continues to be the largest source of energy, while natural gas is the fastest growing, rapidly replacing coal in the energy stream. 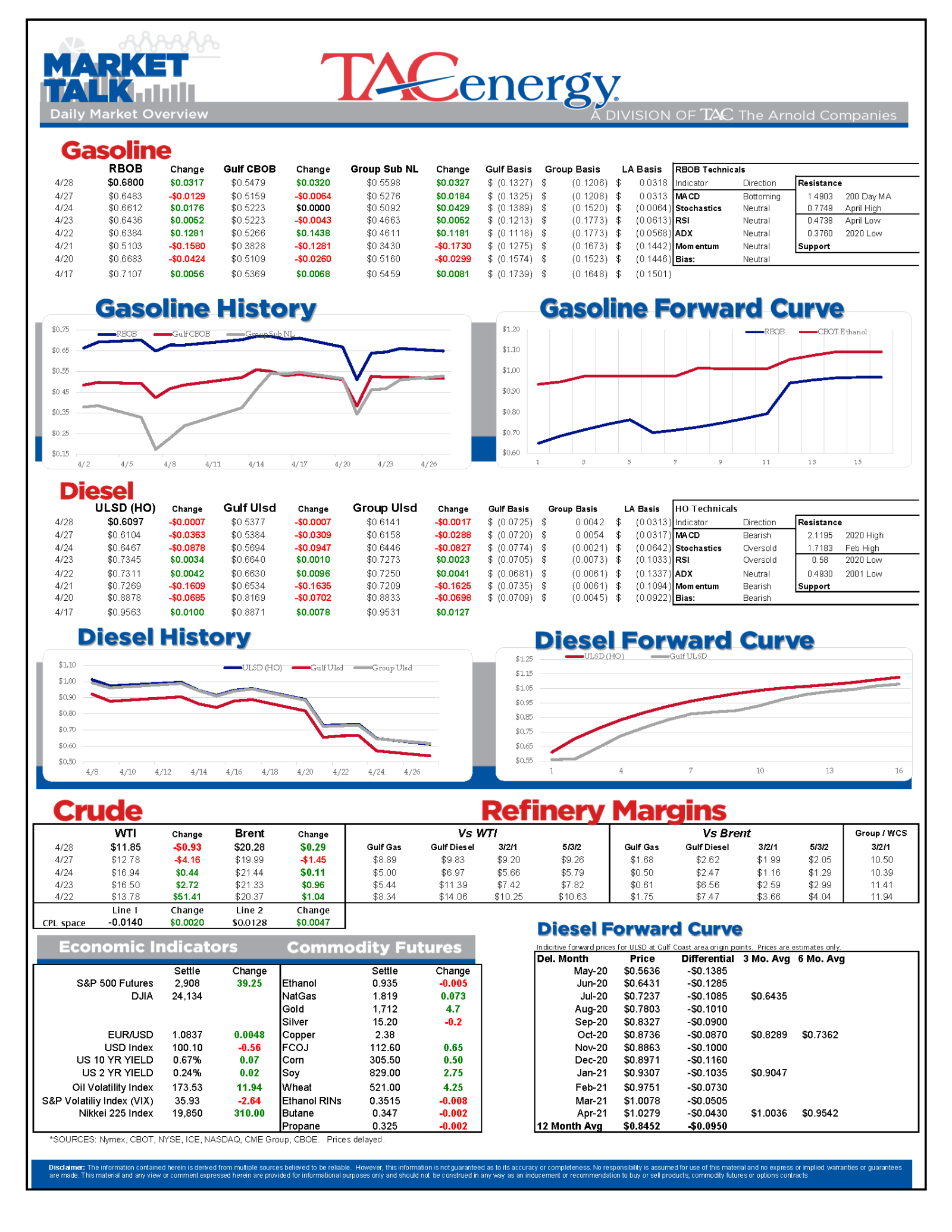 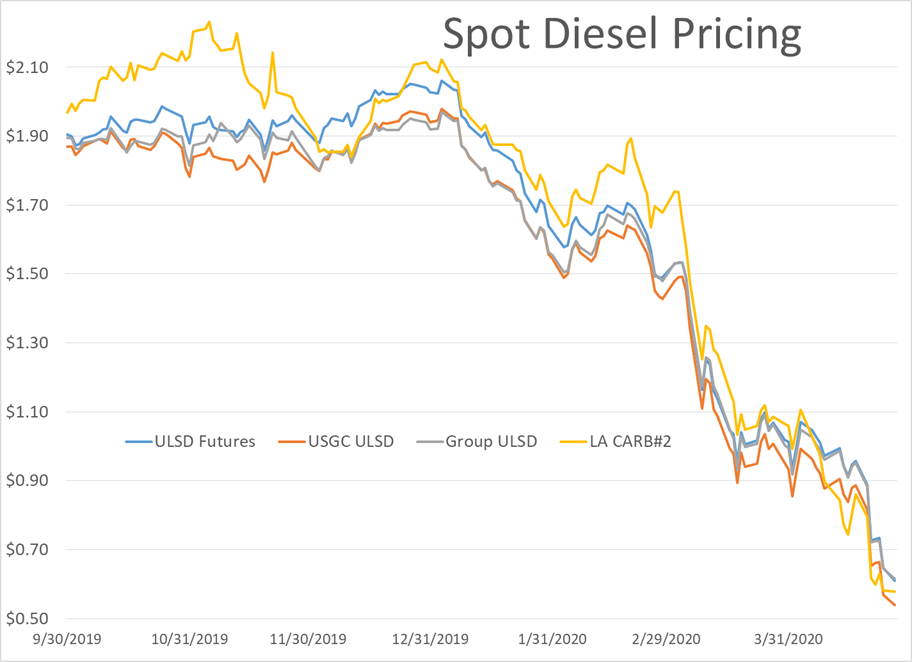 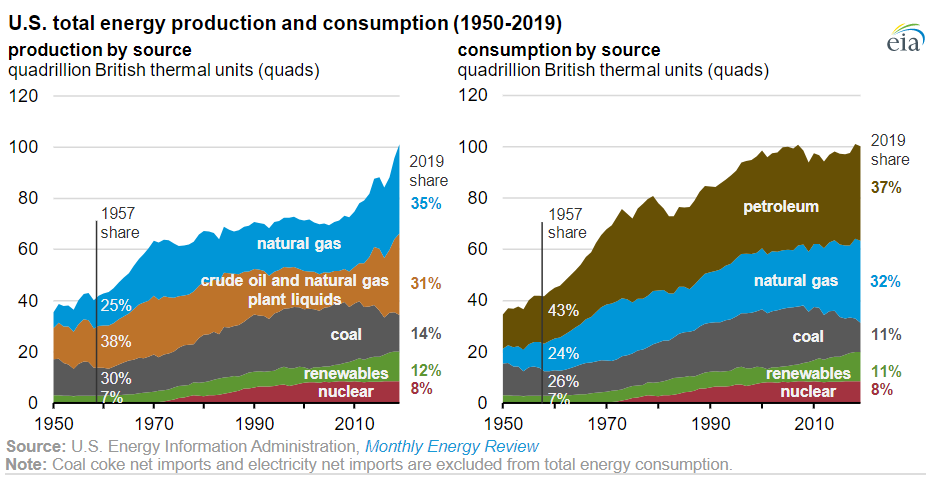