Energy futures are leaning towards the red side of flat this morning with both American and European crude grades taking turns peeking into positive territory. The election of a new ultra-conservative Iranian president seems to be taking the credit for the relative strength in crude benchmarks this morning. Regardless if the election was fair or not (President Elect’s main competitor was disqualified, record low voter turnout, millions of ballots voided, etc.) the anticipated effects include a delay in Iranian crude “returning” to the global market.

Baker Hughes reported a net increase of 9 active oil production rigs last week, bringing the nation’s total to 470, up 204 since this time last year. The most notable increase is the addition of 3 rigs in Colorado/Wyoming’s DJ-Niobrara oil and gas play, up 50% since last week.

The CFTC’s Commitment of Traders’ report is delayed due to the observance of a new holiday which was observed on Friday, June 18th. The bill, signed into law the day before on June 17th, established Juneteenth as the eleventh federal holiday. The COT report will be published later today.

Renewable fuel feedstock and likewise their corresponding RIN credits bounced back in Friday’s trading session. The ethanol and biodiesel RINs both ended the week nearly 16% lower, a mere shadow of the ~30% losses seen midweek. Grains and seed futures were corralled into the larger “commodity” umbrella Friday, blaming the rising dollar and Chinese sanctions for the day’s increase. 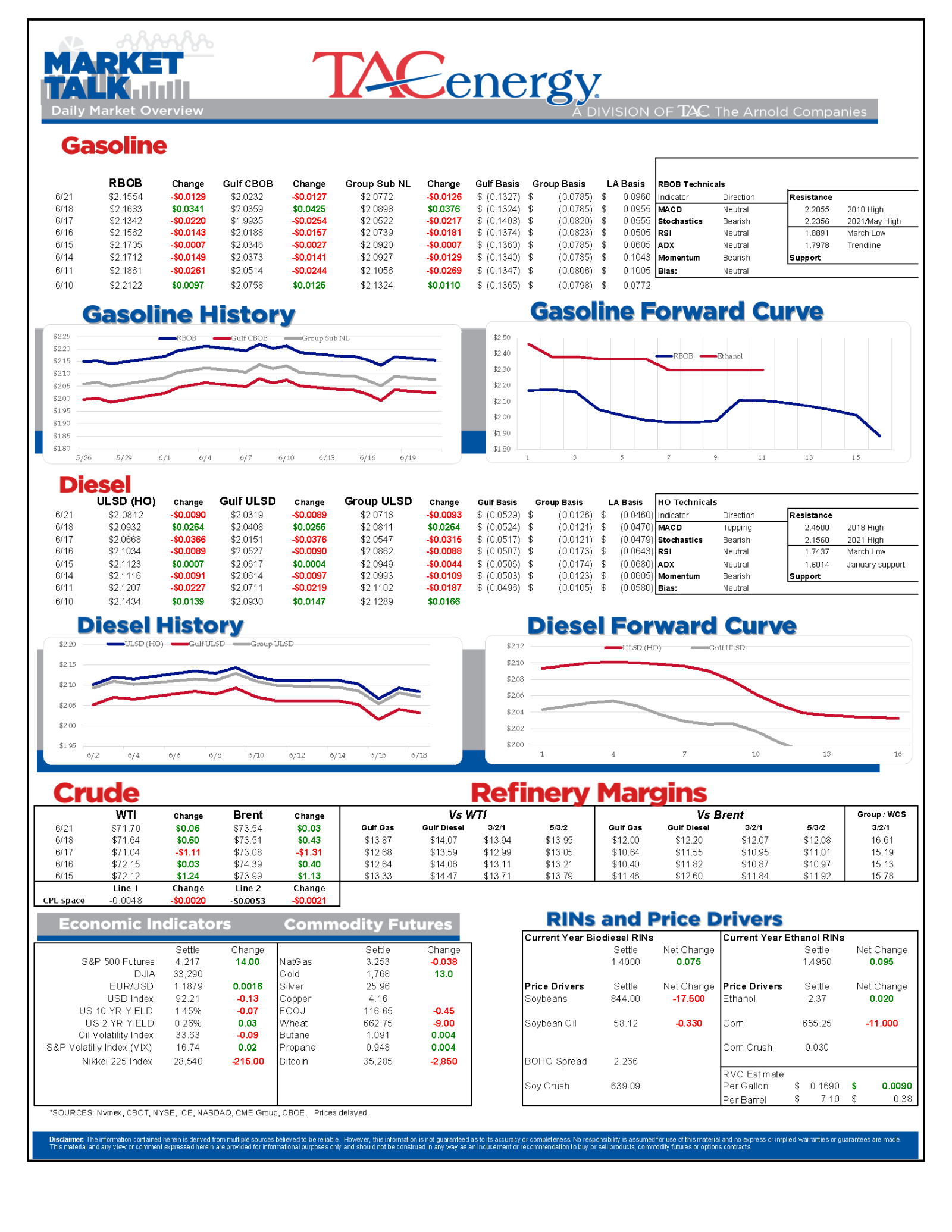 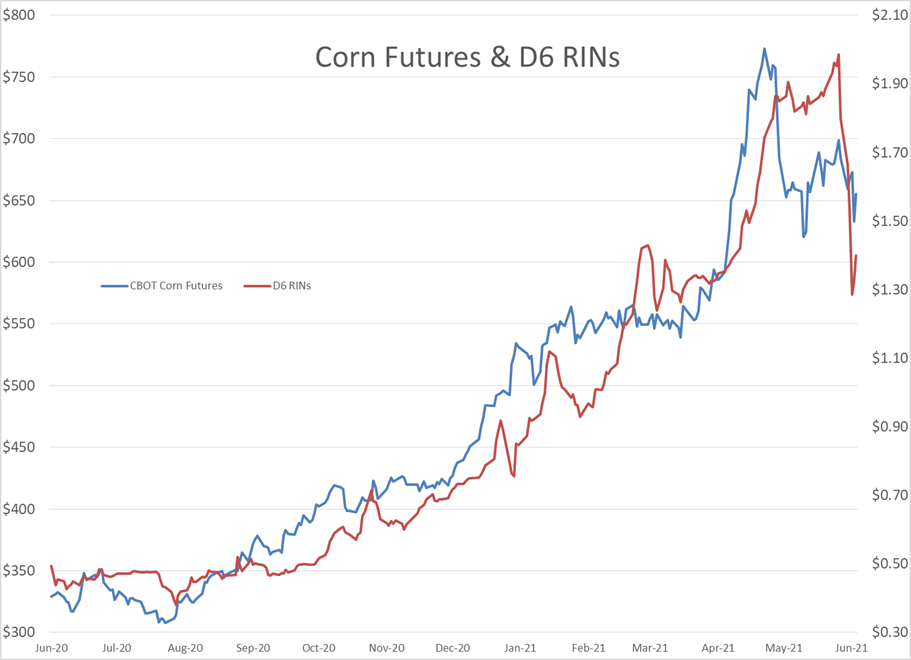 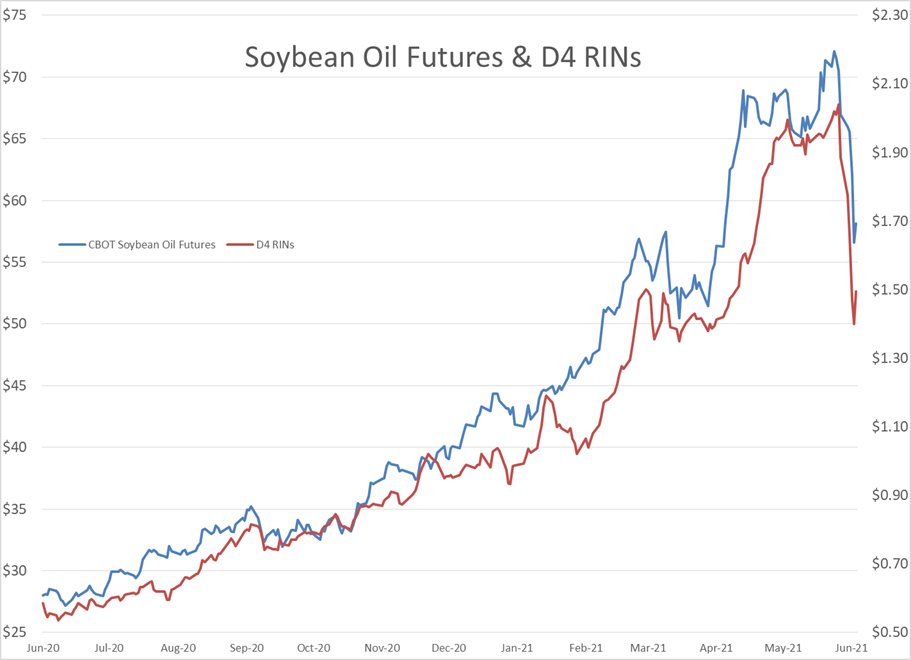