Energy And Equity Markets Are Pointing Sharply Lower This Morning

So much for that rally.   Energy and equity markets are pointing sharply lower this morning, after Tuesday’s big rally ran out of steam in the afternoon. For refined products, 15 cent morning gains were largely wiped out heading into Tuesday’s close, an ominous technical signal that encouraged more follow through selling overnight. For stocks, those that suggested Tuesday’s rally was a dead cat bounce are looking like they know what they’re talking about (for now) as the world continues to try and figure out what happens when we stop giving money away for free.

The US President is expected to call on congress to suspend federal gasoline & diesel taxes for 3 months today, and ask states to provide similar relief on their own taxes. If congress agrees on this plan (which seems almost comical) and the states follow suit, the average retail fuel price could drop by around 50 cents/gallon, which is a meaningful amount for consumers. That (theoretical) price drop could help spur demand, which given the tight supply situation may actually lead to higher prices later in the year than if they allowed high prices to heal themselves as they tend to do.

The IEA’s head warned that Russia could cut off natural gas supplies to Europe completely this winter, when that supply is most needed, in an effort to continue using the energy weapon to win the war in Ukraine. Those remarks coincided with the agency’s World Energy Investment report, which highlighted a record amount of spending on renewable fuels in 2022, while stating that the amount is still not nearly enough to reach the climate pledge goals around the world. The report also noted the near record refinery capacity retirement over the past 2 years and the impact it’s having on global supply/demand balances.

A drone attack on a Russian refinery overnight was another reminder that it’s a lot easier to destroy a refinery than it is to build one, which is a big reason why there are no short term supply solutions to the current situation.

The Dallas FED released a study on high fuel prices Monday and highlighted the expected drop in demand they will bring later this year.

Pent-up demand for travel (particularly foreign travel) amid easing COVID-19 restrictions could be a reason U.S. fuel consumption remains sticky. This may provide only a temporary uplift through August, when the summer travel season winds down. At the same time, a proliferation of work-from-home options gives many workers the ability to reduce their commuting fuel use—which is roughly 30 percent of gasoline consumption—relative to pre-COVID-19 levels. All told, fuel prices may be closer to consumers’ pain threshold than inflation-adjusted prices might suggest. And if prices climb higher, expect consumers to respond by cutting back on fuel consumption and overall spending sooner than later. 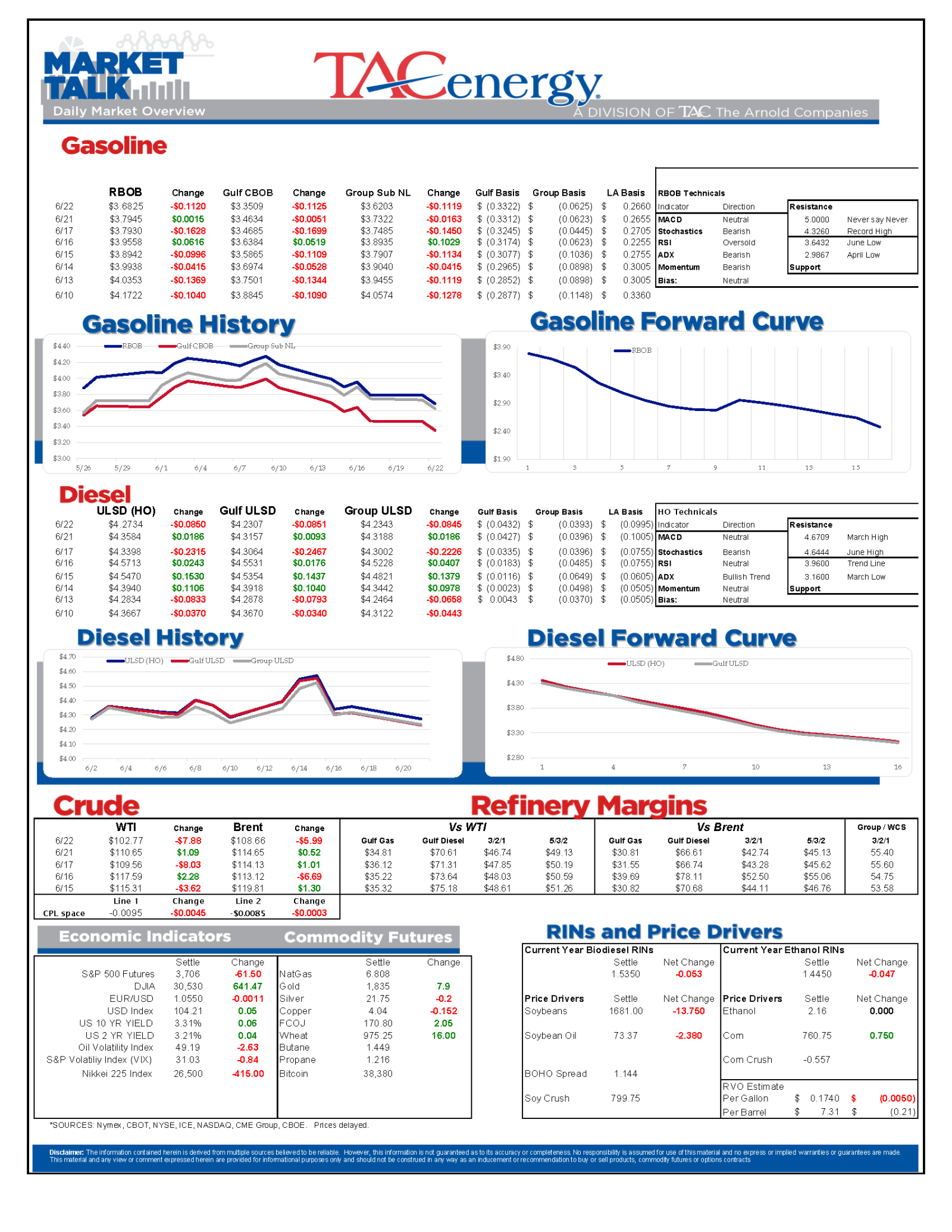 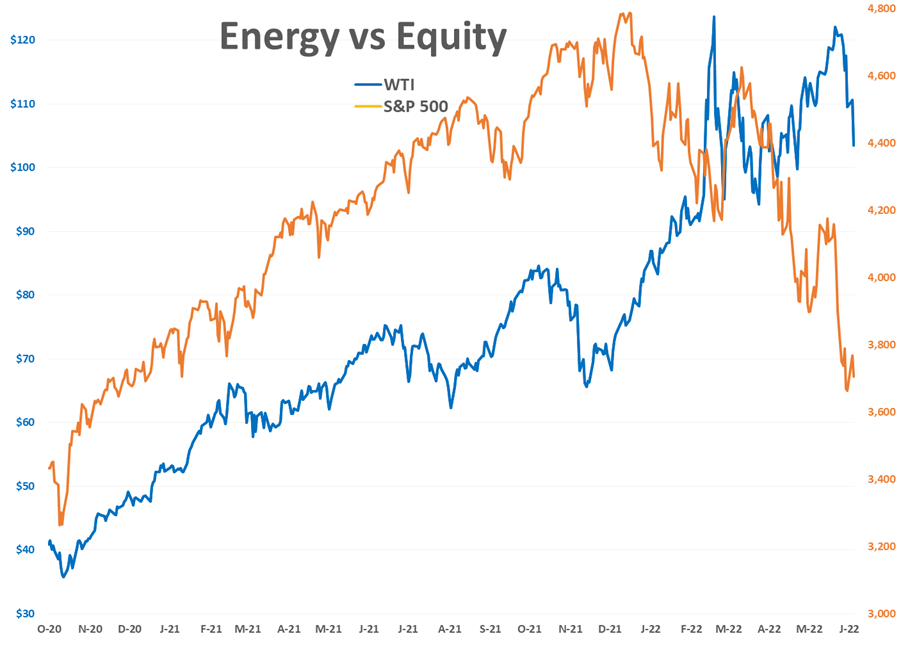