The energy bulls passed their first big test in 3 months with flying colors this week, bouncing off of trend support early Thursday morning, then extending those gains later in the day following a bullish report from the DOE, and keeping that momentum going this morning. Big draws in oil and gasoline inventories, and an all-time record for gasoline demand estimates, highlighted the DOE’s weekly report, and sent prices on an immediate rally that was able to sustain through the afternoon and the overnight session.

The EIA’s total petroleum “demand” estimate surpassed 21 million barrels/day last week, a new high since the start of the pandemic, and higher than we were at this point in 2019.  That surge was led by a 10% spike in gasoline demand, which reached its highest weekly level in 30 years of data provided from the DOE. While the 4-week average (which is deemed much more reliable than the weekly number) is still trailing pre-pandemic levels, that spike north of 10 million barrels/day (the first time that’s ever happened) is a signal that US consumers are ready to move. We are likely to see a dose of reality next week as the post-holiday hangover has hit demand across the country, and the rain Elsa is dumping along the east coast likely is keeping cars off the road this week. Diesel demand estimates slipped on the week, but remain above both their 5 year average and 2019 levels for this time of year.

Refiners look to be up to the challenge of surging demand, raising gasoline output north of 10.5 million barrels/day for just a 3rd time ever, even though total run rates remain well below where we’d expect them this time of year, and 5% of capacity going away permanently over the past year. That said, as the wide spread in rack prices across the country shows, just because refiners can produce enough fuel in total to continue outpacing US consumption, that doesn’t mean the pipeline network is equipped to get that fuel where it needs to be, particularly in the Western half of the country.

US Oil production did rise to 11.3 million barrels/day, another post-pandemic high. A WSJ article today suggests that American frackers are showing restraint with prices near 6 year highs, choosing to pay off debts rather than plow money into more drilling. While that sounds interesting, for an industry that does not do moderation, it seems like the supply-chain shortages being dealt with in so many industries may be a bigger factor. It will be interesting to see if we get a few more months of prices in the $70s, if the group long known as wildcatters will still be restrained.

If you need some weekend reading material (or are having trouble sleeping) check out BP’s annual world energy statistical review. The report highlights the record setting extremes we witnessed in 2020, details the progress the world is making on renewable energy sources, and notes why those efforts still fall far short of what would be needed to become carbon neutral. 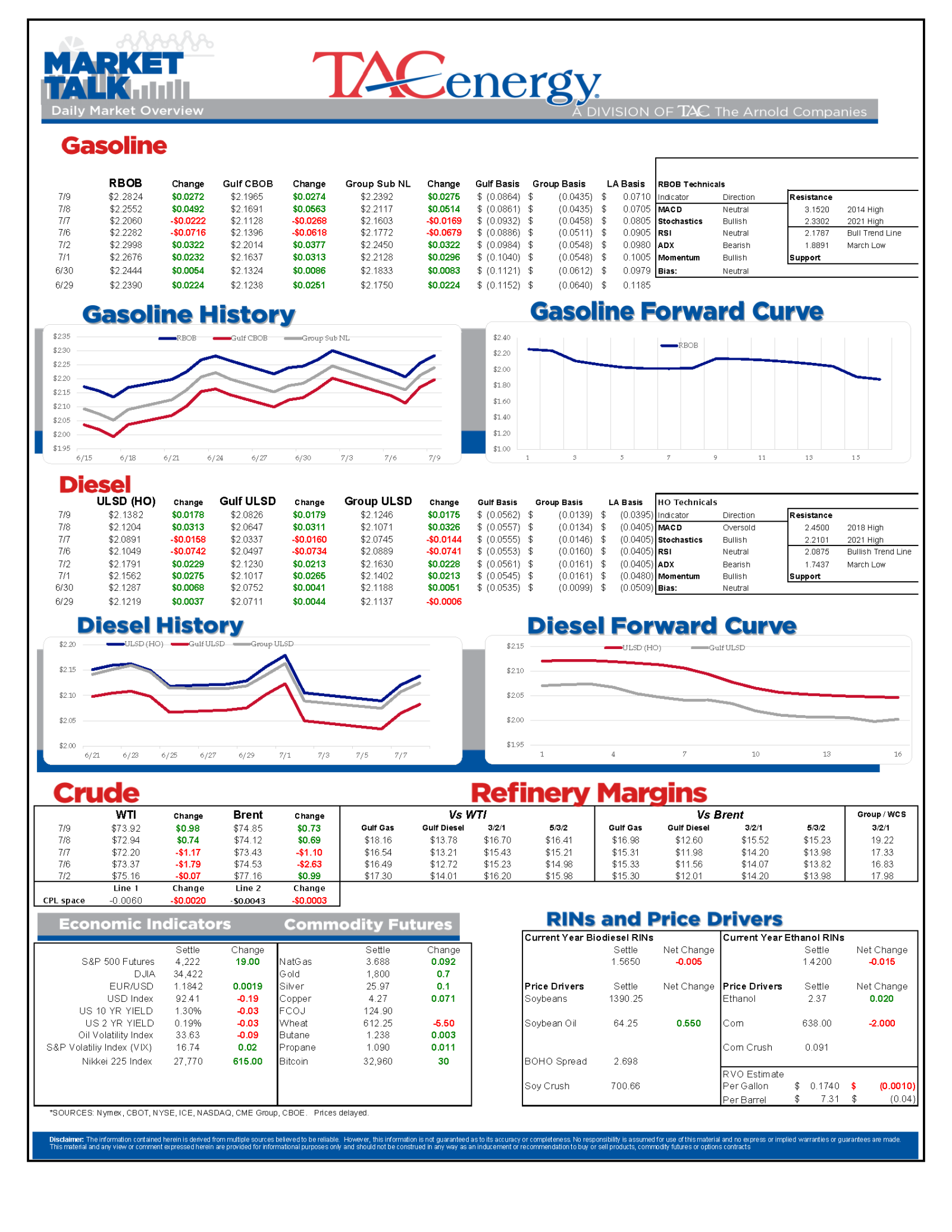