The energy complex is facing selling pressure for a second straight day after it appears the RBOB rally finally ran out of steam Sunday night. The selloff is happening despite the S&P 500 reaching fresh record highs, as the correlation between daily price movements in the equity index and energy futures has dropped to its lowest level in a year this week.

RBOB futures are now eight cents below the three year high set in the overnight session, but the gasoline contract is lagging the others in the sell-off so far this morning. As the chart below shows, even with the big pullback this week, the bullish trend lines are still intact for now so it’s too soon to call an end to the rally.

A pattern is emerging in the refinery restart races, each day brings stories of a few new units brought online, and one or two reports of other units that will need more time to fully recover from the damage done in February’s cold snap. The diesel basis chart below is a microcosm of that impact, with the market not nearly as tight as it was two weeks ago, but still needing to do a lot of work to get back to normal levels.

Money managers that had shorted energy contracts were getting squeezed out last week, which pushed the net length higher for WTI, HO, RBOB and Gasoil contracts. Only Brent saw a reduction in net length (bets on higher prices) on the week. Refined products also saw some new length added, suggesting that large speculators are still will to bet that the rally can continue, even after prices have already doubled in the past 4.5 months. Open interest in crude oil contracts is increasing, reaching its highest levels since the chaos of last April when WTI went negative, in what’s likely a sign of the expectations for economic recovery, and/or for inflation, in the months ahead.

The Dallas FED’s mobility index shows that movement across the U.S. is at its highest levels since the lockdowns began a year ago. Texas shows to be leading that move higher as the state reopens, just a month after movement dropped to levels worse than the depths of the quarantine lockdowns due to the Polar Plunge. With warmer weather ahead and both drilling and refining activity picking up, we should see this strengthening trend continue in the coming weeks. 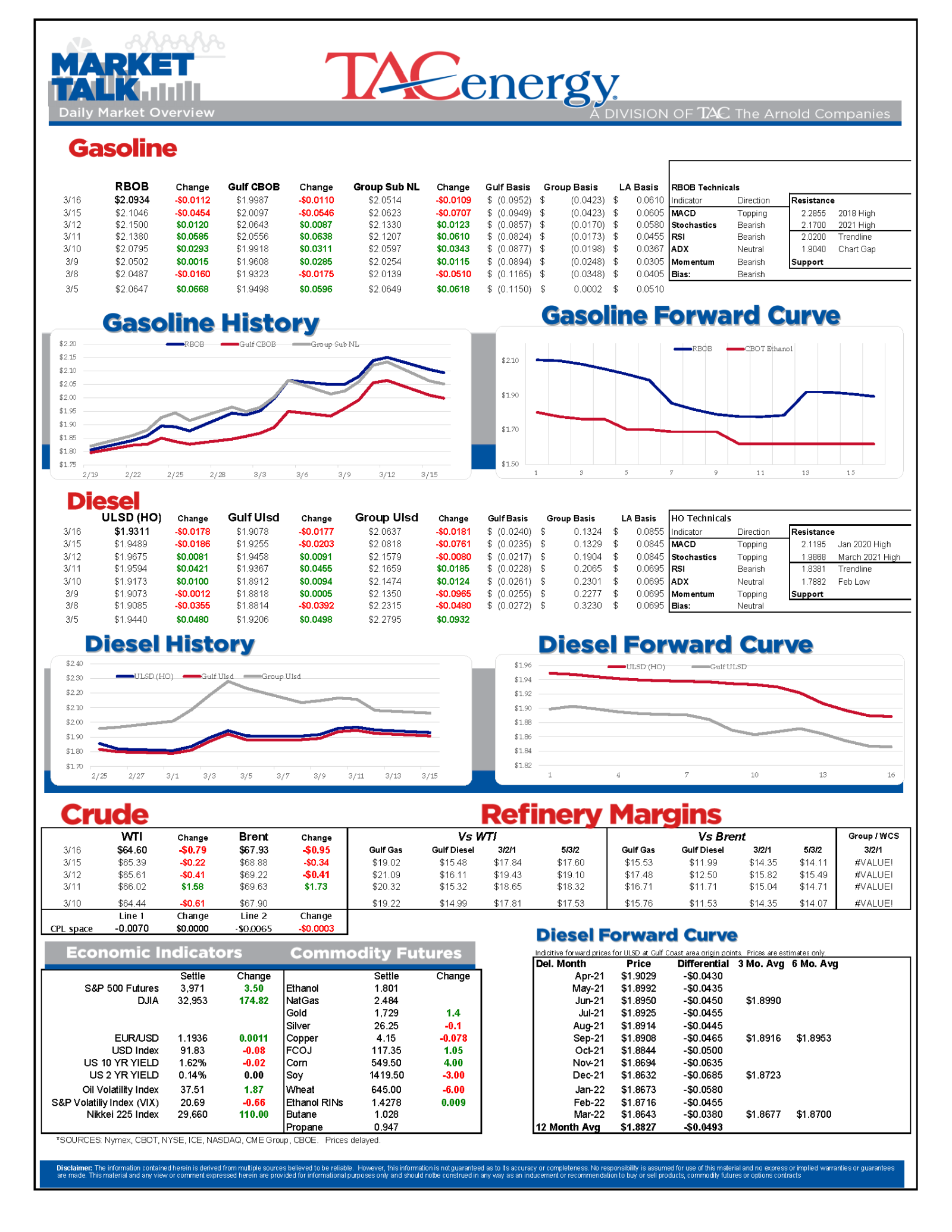 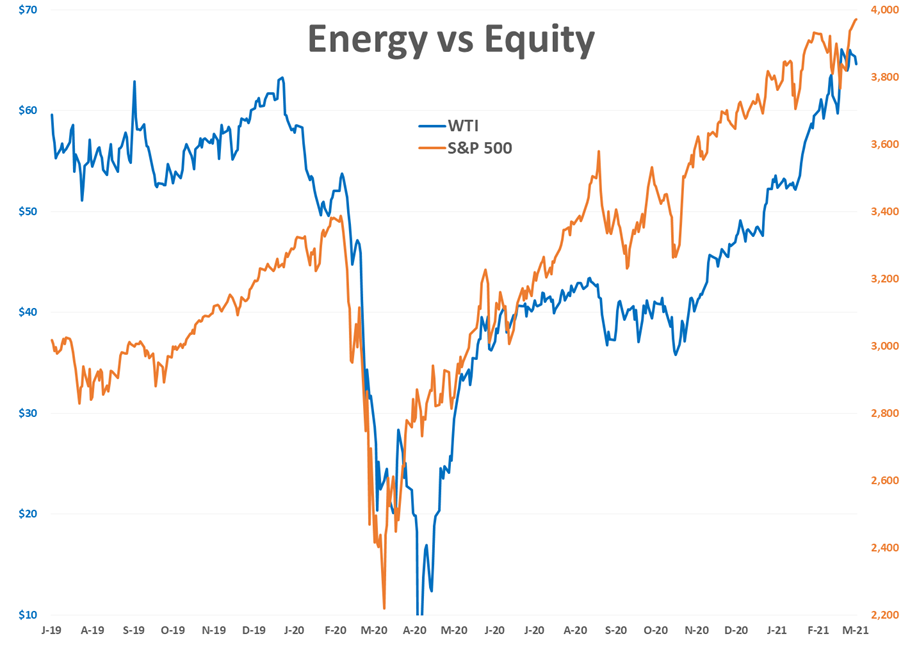