The energy complex is moving higher for a 5th straight day, with most futures contracts reaching their highest levels in a month. Optimism for more production cuts thanks to comments from the new Saudi energy minister are getting credit for the early rally for a 2nd straight day.

As prices push through the high-trade levels from August, there is a technical window opening that suggests we could see additional upside for crude and products that should push WTI back north of $60 and ULSD above $2, although as we learned throughout the summer, we’re only one tweet away from concerns over global economic activity raining on an energy parade.

The steady march higher over the past week has provided counter-seasonal strength to gasoline prices across much of the country, as the driving season is now in our rear-view mirror, and the transition to less-stringent winter-grade specifications at the pipeline & terminal levels is underway. A few regional markets – primarily in the Western half of the country - are seeing a squeeze on any remaining summer-grade barrels, while many East Coast markets are seeing the opposite effect as inventories remain ample.

The odds are still low (30% or less) for each of the 3 storm systems moving across the central Atlantic to develop over the next 5 days. The most likely threat is currently known as disturbance 2, and while development is not likely (according to the National Hurricane Center) this week, it could get into the Gulf of Mexico over the weekend, where it’s more likely to strengthen and become a threat to refineries along the Gulf Coast, not to mention Alabama.

The EIA highlighted a study that Drilled by Uncompleted wells don’t seem to fare any worse when they begin to produce than a well that’s drilled and fracked in short order. This study suggests that total US production may continue to climb for months, if not years, thanks to a huge backlog of those DUC wells, even though active drilling rig counts have been declining steadily this year. 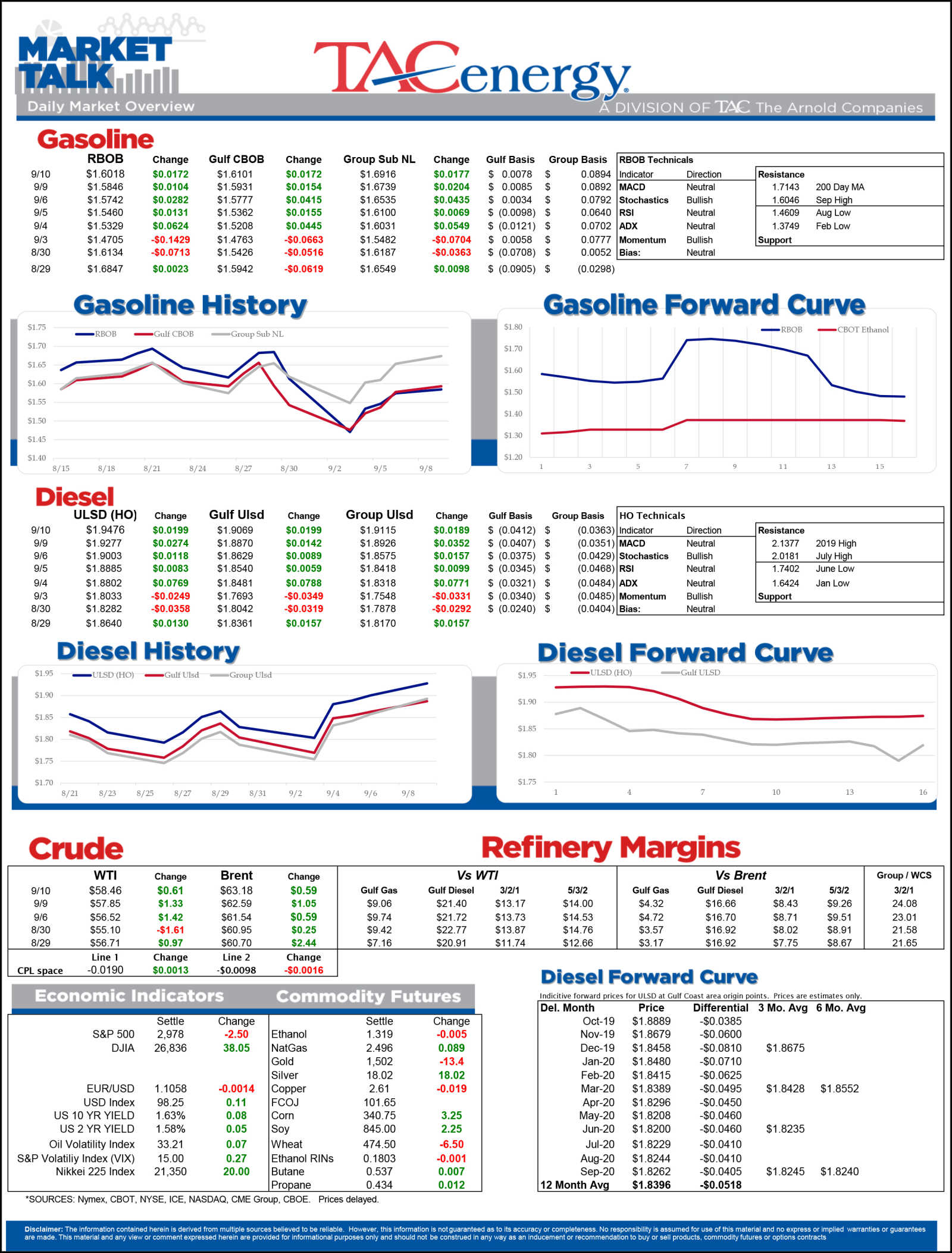 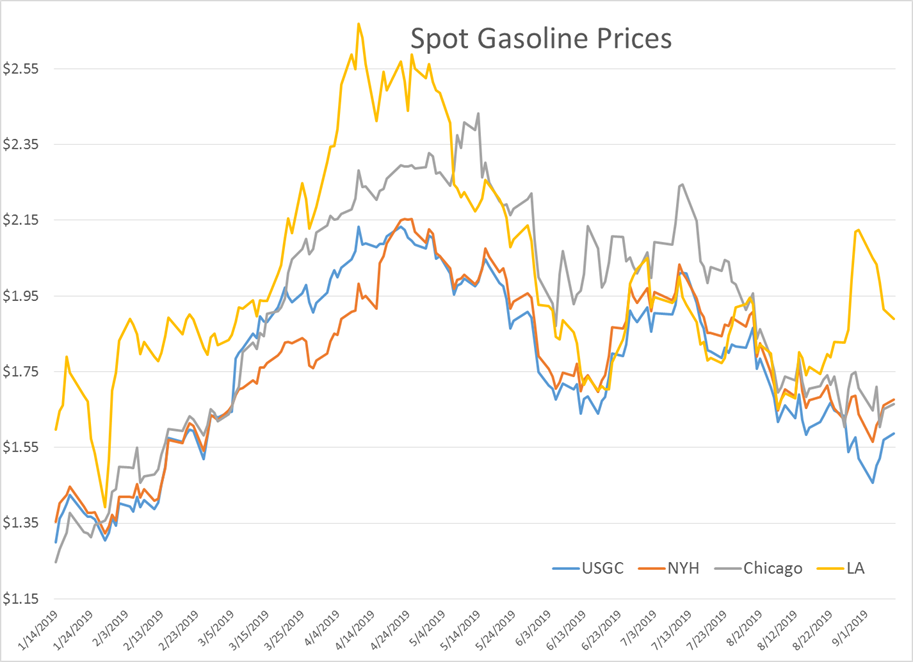 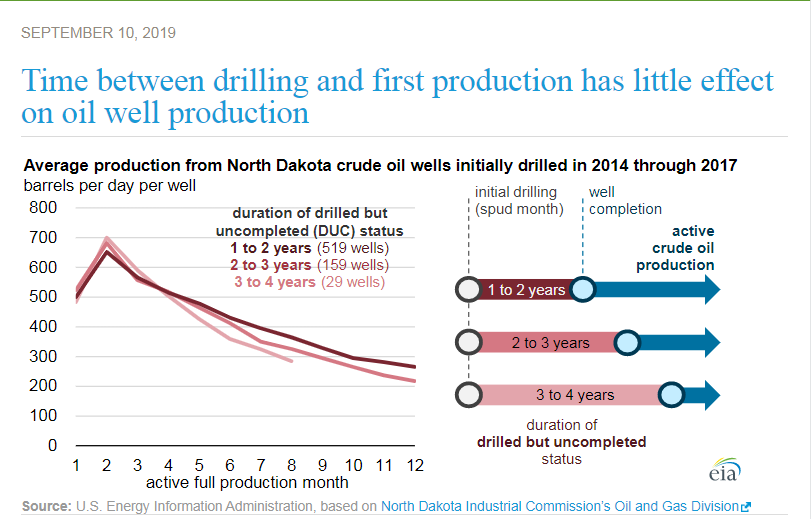