The energy complex is moving higher today after a couple of bearish DOE figures failed to provoke across-the-board buying yesterday. Gasoline futures sighed a 40 point loss on Thursday while a little more came out of the diesel prompt month contract at about -2 ¼ cents.

Diesel stocks continued lower and while that is expected this time of year, the days of forward cover chart, a look at our supplies + production vs demand, has hit a 5-year seasonal low and has reached levels not seen since 2008 and one time in early 2014. It could be that traders are banking on the restarts in Midwest refineries to save the day, last week saw a 7% production boost in PADD 2 throughput rates as the regions refineries are brought back from fall turnaround.

Ironically crude oil was the only of the major three contracts to settle with gains yesterday, in the face of a 10.3 million barrel build in inventories, the biggest build since February 2017 and 7th biggest in the history of the report. Apparently rumors and hopes of something actually coming from “supply cut talks” from OPEC was enough to keep the American benchmark in the green. The oil cartel will meet on December 6th to discuss production levels after which we will have not even close to a better idea of what to expect in 2019.

Prices are on the move this morning, RBOB and HO futures are adding around 3 cents so far today. While overtaking yesterday’s highs in pre-market trading seems bullish, the refined product contract still have a way to go to buck the bearish trend that’s been plaguing them since October. Peg $1.65 for gas and $2.15 for diesel as pivot points where the trend might spell higher prices going forward. WTI’s got a little further to go, will likely oscillate in the $50-$60 for the foreseeable future. 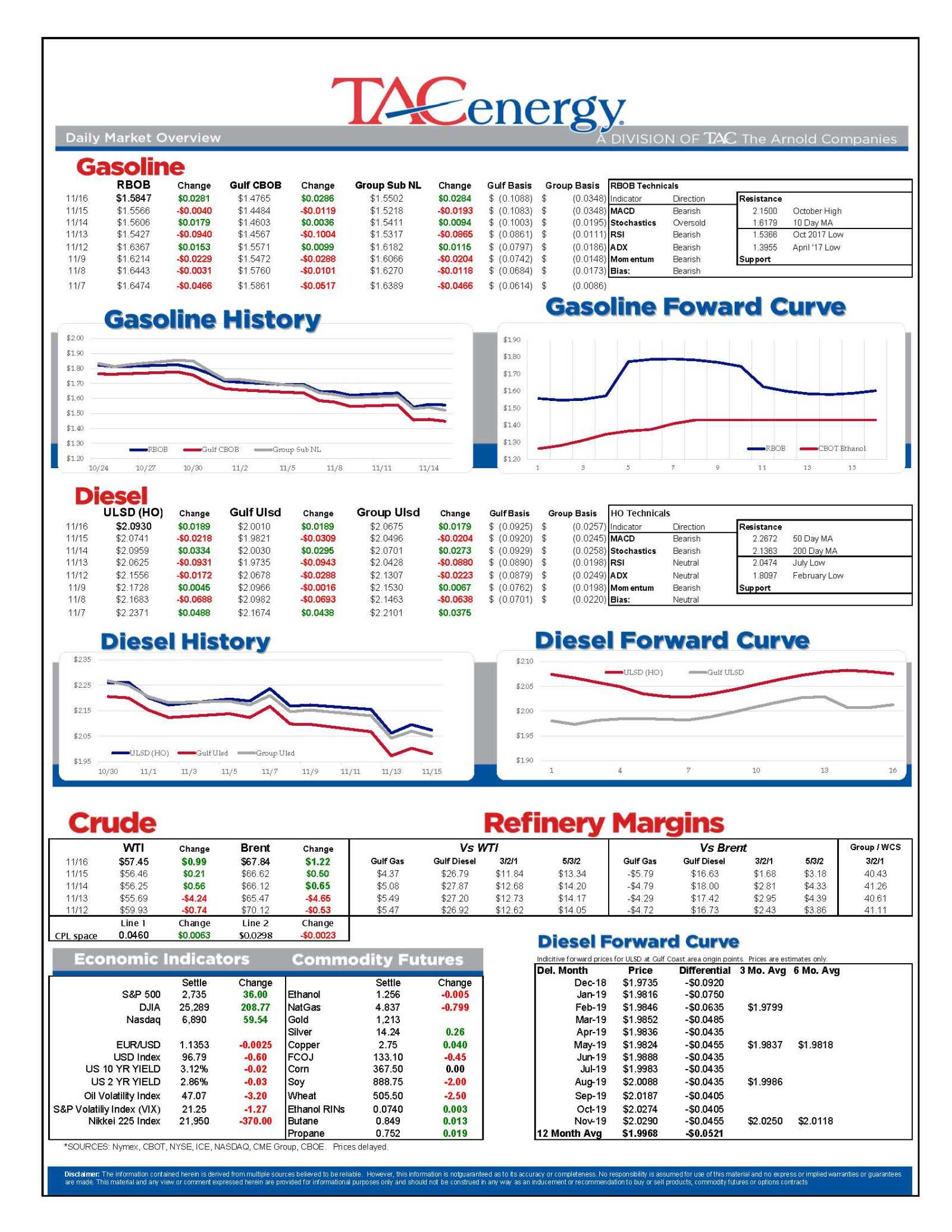 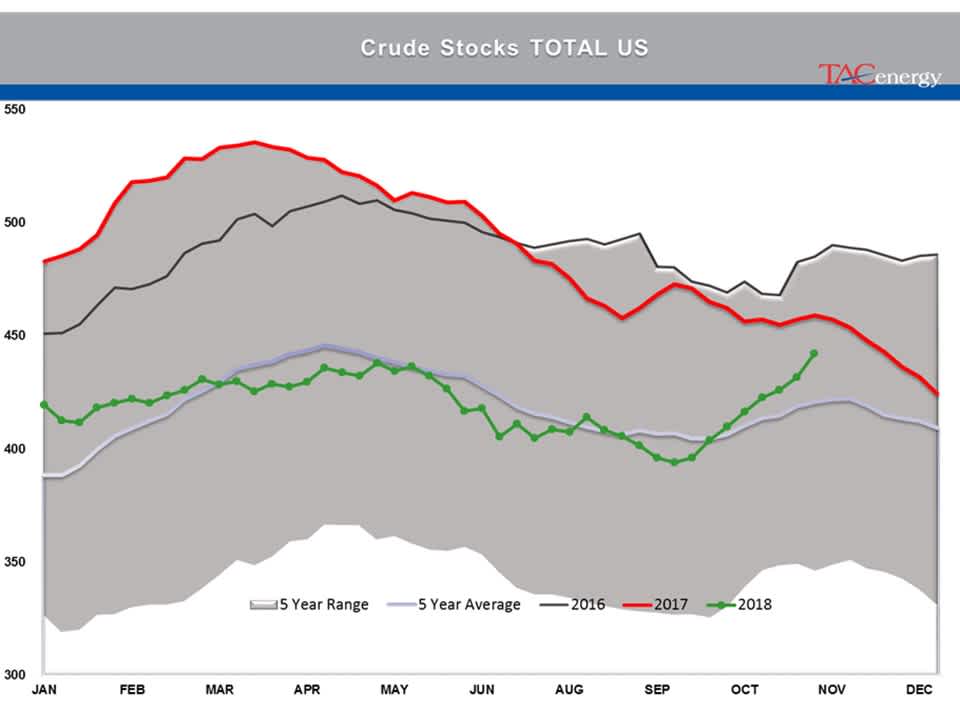 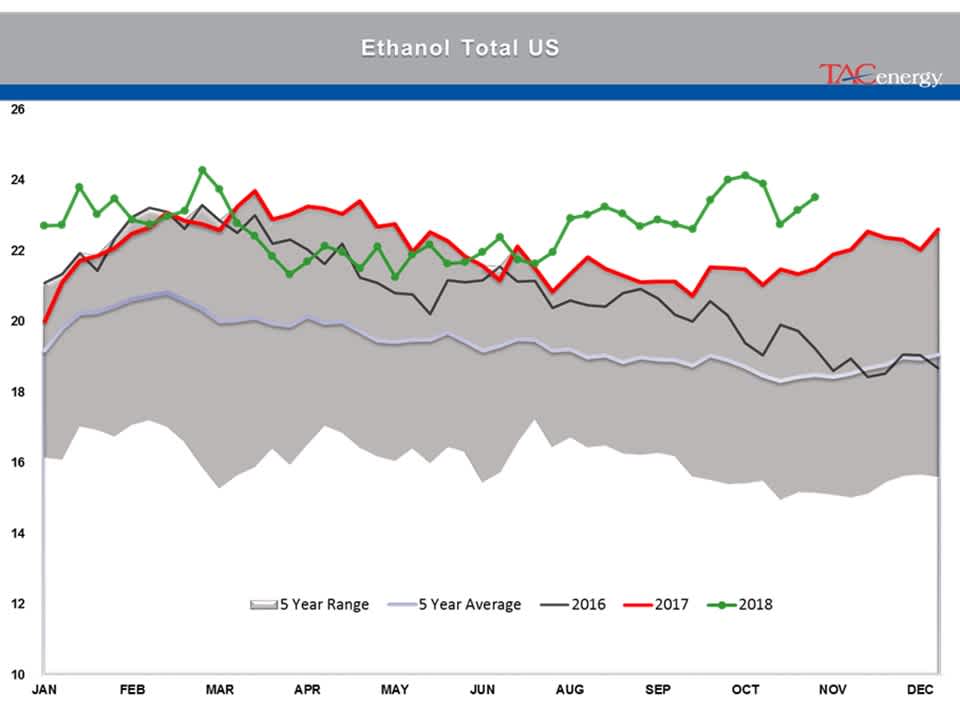