Rising inventories are checking demand optimism this week as the energy complex teeters on the edge of a technical breakdown that could knock another 10 to 20 cents off of refined products, despite a strong rally in U.S. equity markets.

The relative weakness for diesel is an unusual phenomenon that hasn’t been experienced in more than a decade. In fact, diesel started the year in the strongest position fundamentally, with many concerned that IMO 2020 marine specs would create a run on low-sulfur grades that refiners wouldn’t be able to keep up with. Two months ago, diesel was once again looking strong in the early stages of stay-at-home orders, as a surge in distribution demand kept distillate demand high while gasoline consumption collapsed. That pendulum has swung to another extreme. Distillate inventories are reaching extreme levels as demand stagnates and the export market isn’t strong enough to balance the equation for U.S. producers.

The DOE’s weekly status report is due out at its holiday-delayed time of 10 a.m. Central time, with the “unaccounted for” crude oil figure perhaps the most interesting number to watch.

PADD 2 diesel stocks are also worth watching in today’s report, as evidence mounts that inventories in the Midwest may be swelling to record levels as the typical post-planting demand slowdown hit just in time for April Arbitrage barrels to arrive from the Gulf Coast. Group 3 ULSD basis values have collapsed to record lows in recent days as inventories along the local pipeline systems reach new all-time highs, and collapsing basis values in Chicago-area pipelines suggest those inventories are rapidly rising as well.

D6 RIN values have reached multi-year highs this week, as refineries start to ramp up production – increasing their RFS obligation – and concerns are mounting that next year could create another structural shortage in RIN availability as U.S. gasoline demand won’t recover enough to clear the mandated bio-fuel blending requirements.

The EIA marked another milestone in the changing landscape of U.S. energy consumption, noting that renewable fuel usage surpassed coal for the first time in 130 years, when firewood was the country’s main source of heating fuel. It’s interesting to note that according to this report, the EIA can apparently approximate fuel consumption from 1776 but they still don’t know how much oil is being produced in 2020. 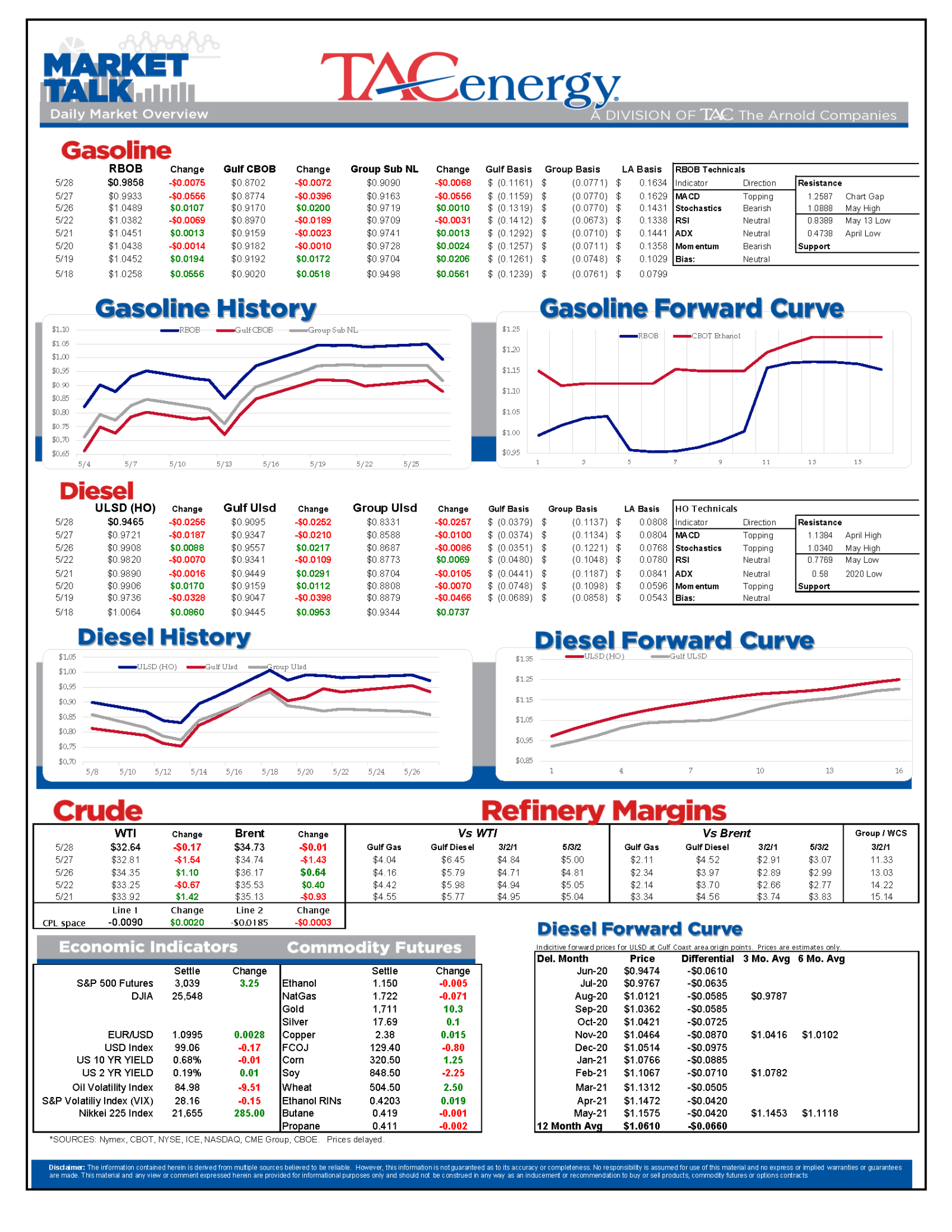 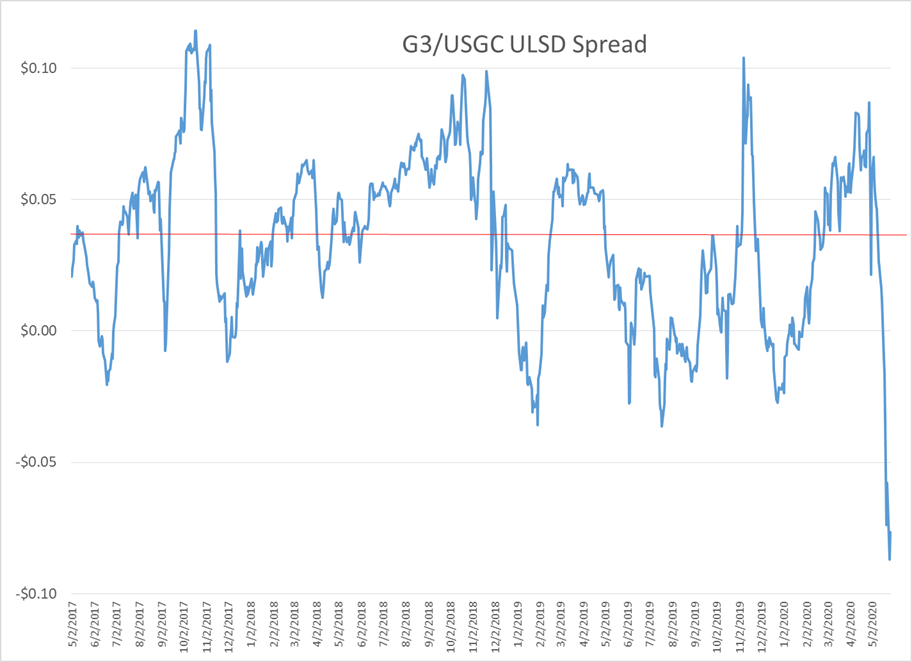 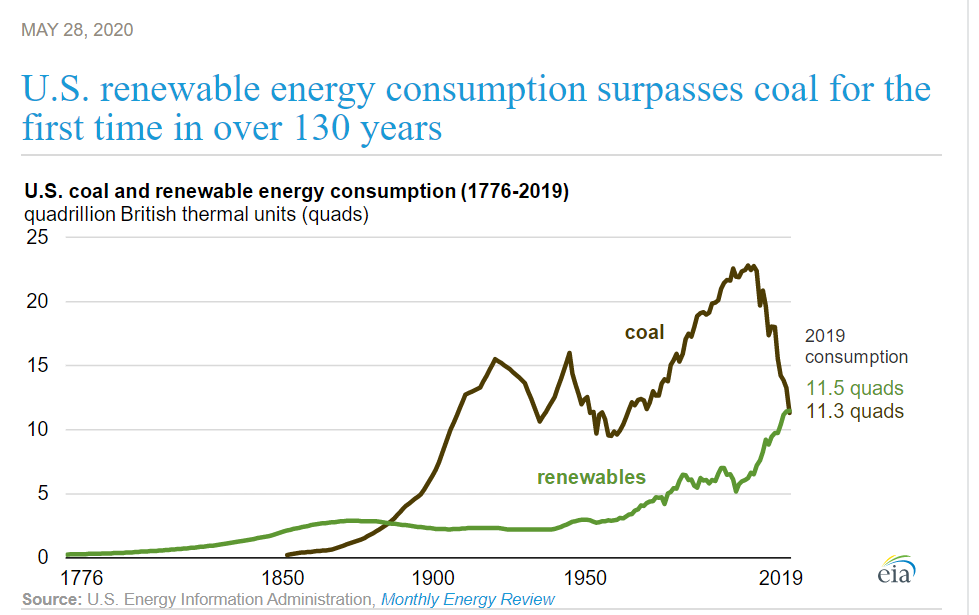