Energy Complex Tries To Claw Back Some Value

Gasoline traders seem to be taking the glass half full approach to inventories reaching new all-time highs with a seven cent/gallon rally in the early going Wednesday, as the energy complex tries to claw back some value after two days of heaving selling for most contracts, amid the mind blowing swings in the now expired May WTI contract.

The DOE’s weekly report is due out at its normal time this morning. Beyond the headline stats that tell us where the government estimated inventories were last Friday, the key figures to watch are the refinery input and output levels which will give us more insight into where those inventories will be in a month. U.S. refiners have done a remarkable job so far of cutting back total run rates and gasoline production without sacrificing much output in ULSD, but seem to be reaching their limits of both capacity and yield that have pushed physical product prices to 20 year lows.

Chinese refiners are offering a glimmer of hope to beleaguered U.S. plants, as they begin ramping up rates and are estimated to be surpassing total U.S. output temporarily as the country returns to business. If a similar pattern plays out in the U.S., we should see refineries be able to start ramping up production in late May or early June.

Big Decision: The U.S. Oil fund – the giant oil-related ETF that investors often mistake for owning oil, announced it was shifting its portfolio further forward on the curve, and executing a reverse share split, due to the extreme volatility in the front month contracts that threaten to destroy the fund.

No decision: Texas regulators chose not to create limits on oil producers this week. The industry meanwhile continues to rapidly cut production at an unprecedented rate as it tries to catch up to the rapid demand drop around the world. 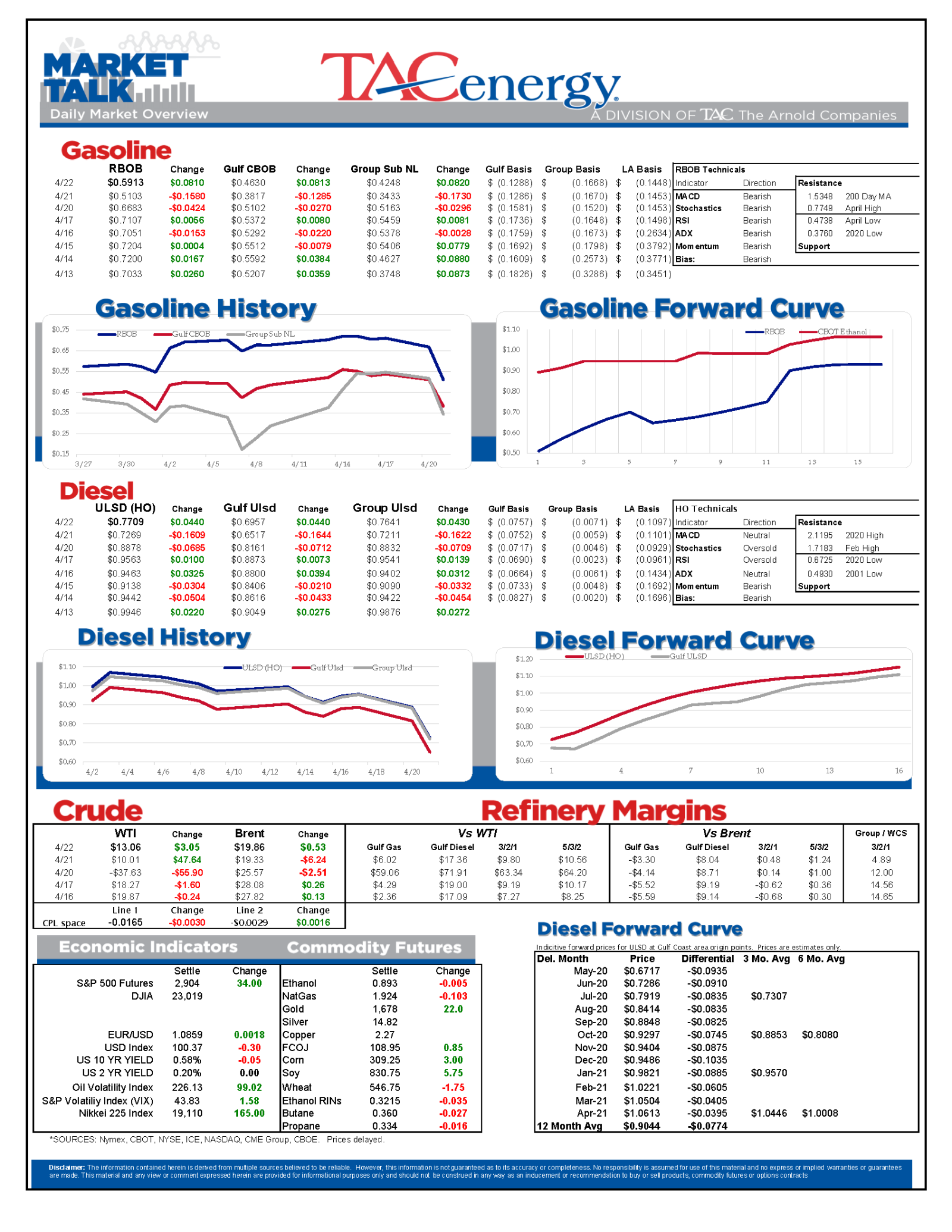 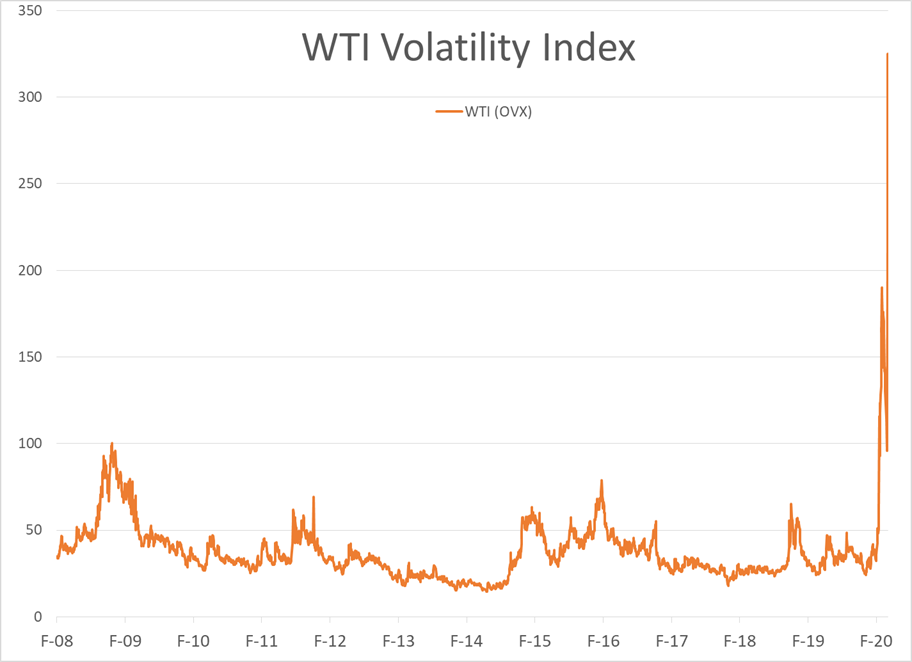 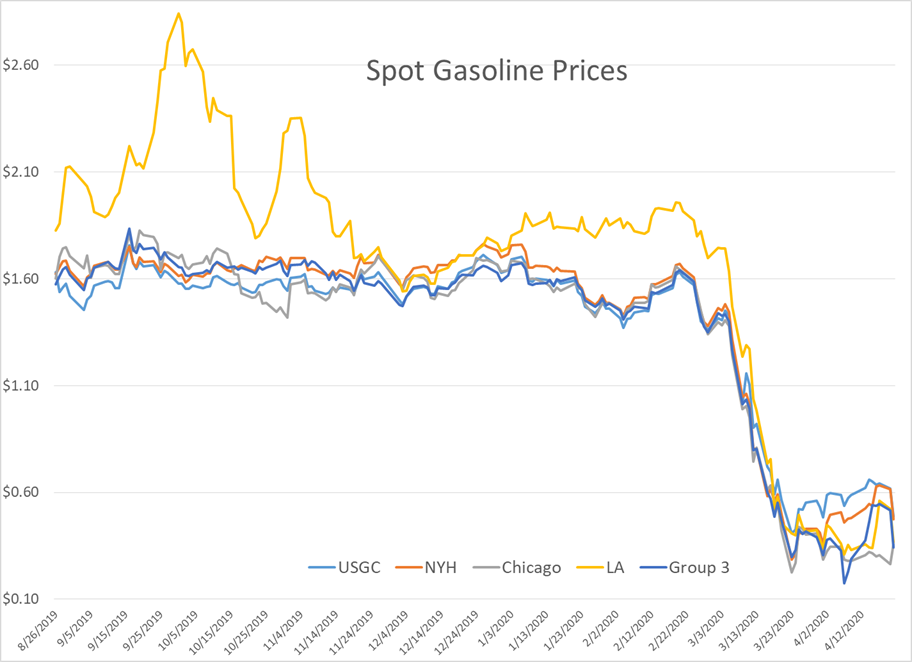